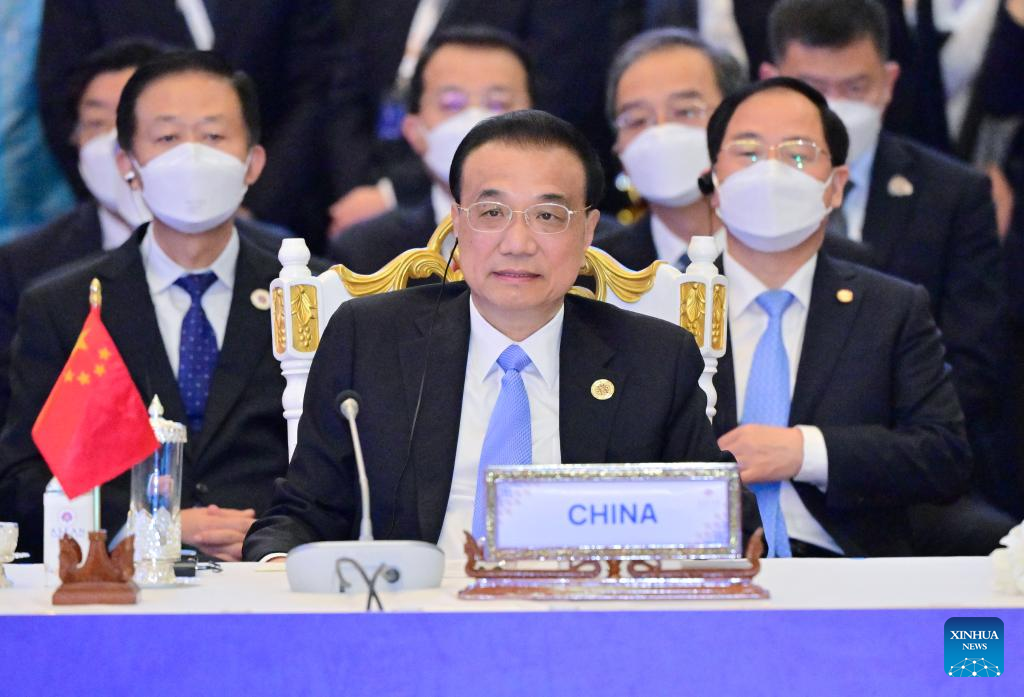 Li said the international and regional landscapes are intricate and complex, with energy, food and financial risks and challenges flaring up. In the meantime, the region has maintained peace and stability on the whole, with regional economic integration continuing to move ahead and a stable system of industrial and supply chains taking shape.

As the call for peace and development among people in the region is growing stronger, countries in the region need to uphold mutual respect, deepen win-win cooperation, and tackle risks and challenges together, he said.

To that end, the Chinese premier put forward three proposals.

First, the countries need to maintain strategic dialogue and conduct constructive interactions. As leaders-led strategic forum, the EAS should serve as a platform for dialogue to encourage engagement and consultation among regional countries to increase mutual understanding and trust, and properly manage differences, he said.

Regional countries should avoid decoupling, and still less move toward confrontation, he said. China is ready to work with all other parties to create favorable conditions for broadening and deepening practical cooperation and to consolidate the foundation for lasting peace and stability in East Asia.

Second, the countries need to pursue mutually beneficial cooperation and tackle risks and challenges together.

Li said that all parties need to keep to the right direction of economic globalization and continue to pursue trade and investment liberalization and facilitation, work for sound implementation of the Regional Comprehensive Economic Partnership (RCEP), keep the industrial and supply chains secure, stable and smooth, and push forward the regional economic integration process.

China believes it is imperative to safeguard energy and food security, make joint efforts to meet climate and ecological challenges, and advance sustainable development in the region, Li added.

Third, the countries need to uphold the Association of Southeast Asian Nations (ASEAN) centrality and foster an inclusive regional architecture.

Li said that the architecture of regional cooperation led by ASEAN accommodates the interests of all parties and conforms to the regional reality.

While the architecture may be constantly refined in light of evolving situation, ASEAN centrality as its very foundation must not be undermined, Li said, noting that all parties should support ASEAN centrality in East Asia cooperation.

China supports continued efforts to uphold ASEAN unity and cooperation, and the international community should foster a favourable external environment to this end, he added.

Li said that the freedom of navigation in the South China Sea serves the interests of all parties.

As the world's biggest trader of goods, China has 60 percent of its cargoes shipped through the South China Sea, Li said, adding that China advocates maintaining peace, stability and unimpeded shipping lanes in the South China Sea.

In keeping with the spirit of the Declaration on the Conduct of Parties in the South China Sea (DOC) that has been in place for 20 years and the principles of international law including the United Nations Convention on the Law of the Sea, China is ready to work with ASEAN countries to step up Code of Conduct (COC) consultations on the basis of consensus-building, Li added.

All sides should support regional countries in making the South China Sea a sea of peace, friendship and cooperation, he said.

The Chinese premier stressed that the achievements China has made in its economic and social development in the past four decades of reform and opening-up are attributable to a peaceful external environment and a stable region, which conform to China's interests.

China follows an independent foreign policy of peace and a path of peaceful development, and pursues a win-win strategy of opening-up, he added.

China will continue to bring opportunities to other countries in the world with its own development, and is ready to strengthen dialogue and cooperation with all parties to together make East Asia a better place, and jointly preserve peace and prosperity of the world, Li said.

Participants discussed international and regional hotspot issues at the meeting.

On the Ukraine crisis, Li pointed out that China always stands for respecting the sovereignty and territorial integrity of all countries, abiding by the purposes and principles of the UN Charter, supporting all efforts to peacefully resolve the crisis, exercising rational restraint, and opposing the use or threat of use of nuclear weapons.

Nuclear weapons cannot be used, and nuclear wars must not be fought, he said, urging to maintain a peaceful world order.

Li also elaborated on China's principled position on the situation on the Korean Peninsula, Myanmar and other issues.

They said the EAS should continue to play its due role in promoting strategic dialogue and substantive cooperation, strengthen ASEAN's centrality in East Asia cooperation, deepen cooperation in economy, trade, energy, food, connectivity, digital economy and climate change, and jointly promote economic recovery and sustainable development, so as to build a peaceful, harmonious and prosperous East Asia. 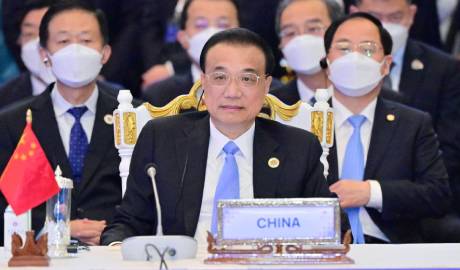