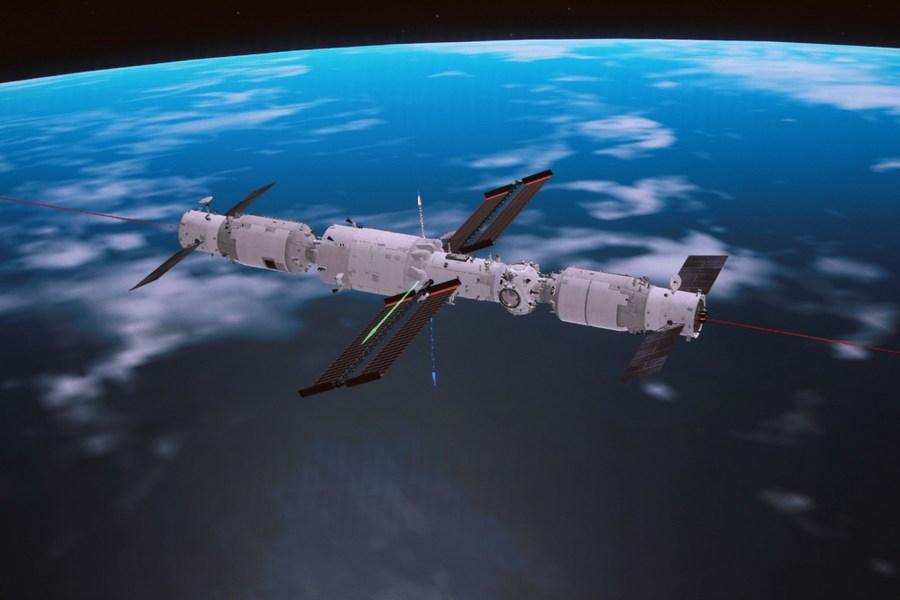 BEIJING, Nov. 14 (Xinhua) -- China's Tianzhou-4 cargo craft, tasked with supporting the Shenzhou-14 crewed mission, is scheduled to re-enter the atmosphere in a controlled manner on Tuesday, according to the China Manned Space Agency.

Most of the spacecraft's components will burn up during the re-entry, and a small amount of its debris will fall into the planned waters of the South Pacific, the agency said in a brief release on Monday.

The Tianzhou-4 cargo craft was launched on May 10 from the Wenchang Spacecraft Launch Site in the southern province of Hainan. It departed from the space station combination on Nov. 9 and switched to independent flight after completing all assigned tasks.