Harvey Dzodin: Full speed ahead in the New Era under CPC leadership 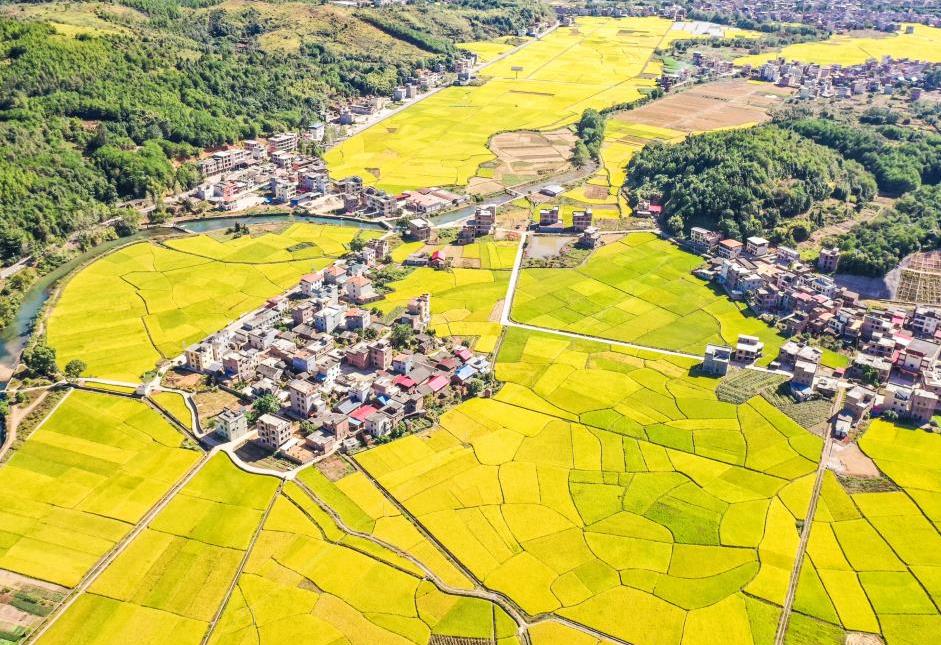 The largest container ship in the world is China’s MSC Tessa launched in August. In order to steer it, let alone keep it from running aground, requires state-of-the-art technology, superior planning and an experienced, clear-minded and far-seeing captain guiding a capable crew. China, the most populous nation and the world’s second largest economy, is no different and requires a superior hands-on helmsman working in tandem with an expert crew to deliver the goods and successfully maneuver the 1.4 billion-people nation through rough seas.

The most recent quinquennial National Congress of the Communist Party of China (NCCPC), the apex of Chinese governance, has now concluded but cannot be consigned to the history books until the great course it set is implemented and accomplished. If the past is prologue, the goals announced by General Secretary Xi Jinping at this 20th NCCPC, building on the successes of its predecessors 5 and 10 years ago, will not only be met but exceeded, even in these challenging times. At the conclusion of this NCCPC, it’s clear that the ship of state is set to accomplish its historic mission.

This mission can be summarized by China’s two centennial goals put forward at the 18th Party Congress a decade ago when Xi Jinping was elected general secretary. The first, when celebrating the CPC’s centenary in 2021, was to "build a moderately prosperous society in all respects". The second, when celebrating the People’s Republic of China’s 100th birthday in 2049, is to "build a modern socialist country that is prosperous, strong, democratic, culturally advanced and harmonious”.

At the 19th NCCPC, Xi announced even more grand granular targets. He said that the age-old Chinese dream of eliminating extreme poverty would be a key component of the first goal in 2021 together with an interim goal for 2035 on the way to 2049 to "basically achieve socialist modernization”, when China's economic and technological strength and its overall national strength would increase significantly.

To the amazement of foreign experts, extreme poverty in China was eliminated on schedule. Since reform and opening up, 800 million Chinese were lifted out of poverty, including 100 million since 2012. This is a feat never accomplished in the history of the world, accounting for 75% of the overall world total over the same period.

Using its unique governance model of whole-process democracy, China is now working towards the 2035 and 2049 goals. Unlike some other countries that “talk the talk” but who don’t “walk the walk”, China’s goal-oriented governance model combining five levels of people’s congresses and political consultative conferences works.

Democracy is not “one size fits all”. While China never attempts to force its model on other countries, the success of the Chinese system, a model that demonstrably works, is one from which developing countries can learn and prosper.

The key to better understanding the Chinese system and the enormous success of the CPC led by Xi requires a knowledge of how Marxism works, which is almost completely lacking in the West because words like “Marxism”, “Socialism” and “Communism” are stigmatized and avoided.

Marxism examines the world through the filter of dialectical materialism: societal contradictions or dynamic opposing forces which are always present in society and which power social change. In Marxism, society is defined by its principal contradiction. By solving it, society can enjoy peaceful development and prosper, but ignoring it can result in chaos or worse.

The previous principal contradiction enunciated at the 6th plenary session of the 11th CPC Central Committee in 1981 on the cusp of reform and opening up, when China was very poor, was “the ever-growing material and cultural needs of the people versus backward social production”. Reforming the Chinese economy, with an emphasis on growth, was the CPC’s “central task”. Aggressively addressing this principal contradiction resulted in China becoming the second largest global economy, the world’s factory of low-value goods. But it was at the expense of the financial and social equality that preceded it, as well as for a reasonable quality of life, as at that time virtually everyone in China was dirt poor.

In 2017 at the 19th NCCPC Xi announced China’s new principal contradiction between unbalanced and inadequate development and the people’s ever-growing need for a better life.

Chinese people, like all others, crave a better life. This isn’t only about having more money. It’s about things people in China had dreamed about for millennia but hadn’t achieved before there was a New China and a New Era: better healthcare for a longer, healthier life; better education, better jobs, better homes; better environment; and better personal safety and security. Having come up from poverty and having now tasted the good life, Chinese people expect their leaders to continue to deliver to them a better and better tomorrow.

It also is about nation-building to further develop a more advanced economy that applies leadership in areas such as AI, R&D, and robotics to improve basic production. It’s about ramping up high-quality, high-tech in and out of this world, be it building better higher-speed bullet trains exceeding the speed of 600 km/hour, or being the first to land on the dark side of the moon.

CPC Party Central Committee with Comrade Xi Jinping at its core are at the helm to achieve these grand goals for China and its people, despite unforeseen challenges. The Chinese people don’t need anyone to tell them about the profound progress China is making each and every day because they can observe the dramatic results for themselves. If you saw how poor China was in 1988, even in urban areas, when I first went there, you’d appreciate what I mean.

A long-term Harvard University Kennedy School of Government study released in 2020 examined the relationship between Chinese citizens and the CPC from 2003 to 2016. The study found a near-universal rise in average satisfaction toward all levels of the Chinese government. For example, in 2016, 93.1% of respondents were either "relatively satisfied" or "highly satisfied" with the central government's performance, an increase of 7% from 2003. In the same period, township governments, the lowest level examined, received the approval of 44% of respondents in 2003, but that jumped to 70% in 2016, 26 percentage points higher.

The difference is stark compared to the US system. In a poll released in October, a paltry 9% of Americans believe that US democracy is working “extremely” or “very well”.

Based on the 20th NCCPC, it’s now clear that China’s ship of state is moving full speed ahead and is on course to fulfilling the goals of serving the people put forth by the CPC for the next decade and beyond.

Contributed by Harvey Dzodin, Senior Fellow at the Center for China& Globalization