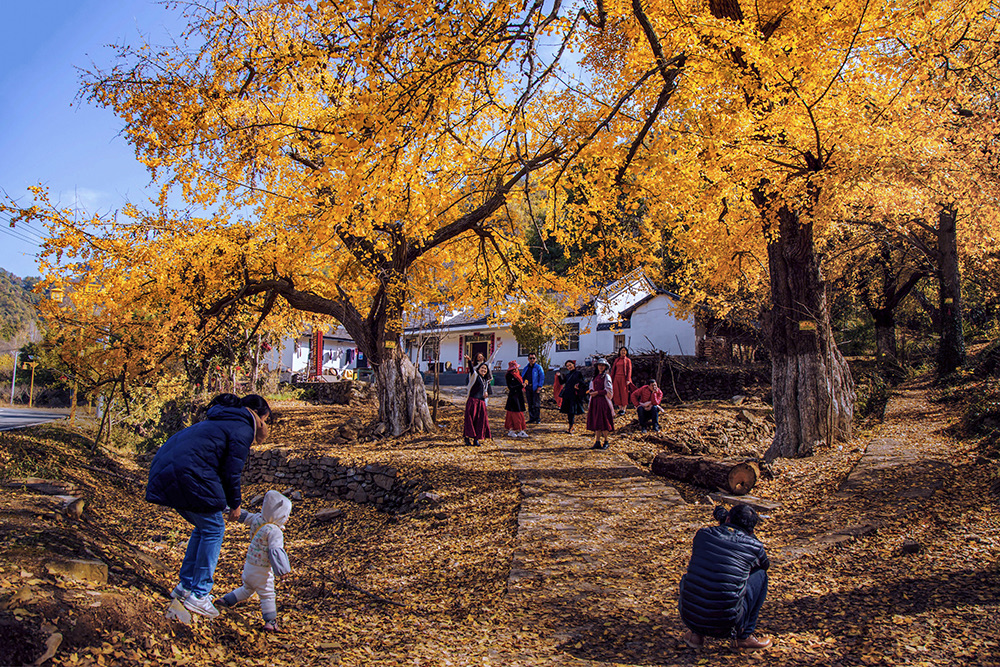 In Anlu, Hubei province, autumn is seen and felt through the large ginkgo trees captured by photographers. Anlu was founded during the late Warring States Period (475-221 BC), and the city walls were built during the Southern and Northern Dynasties (420-581).