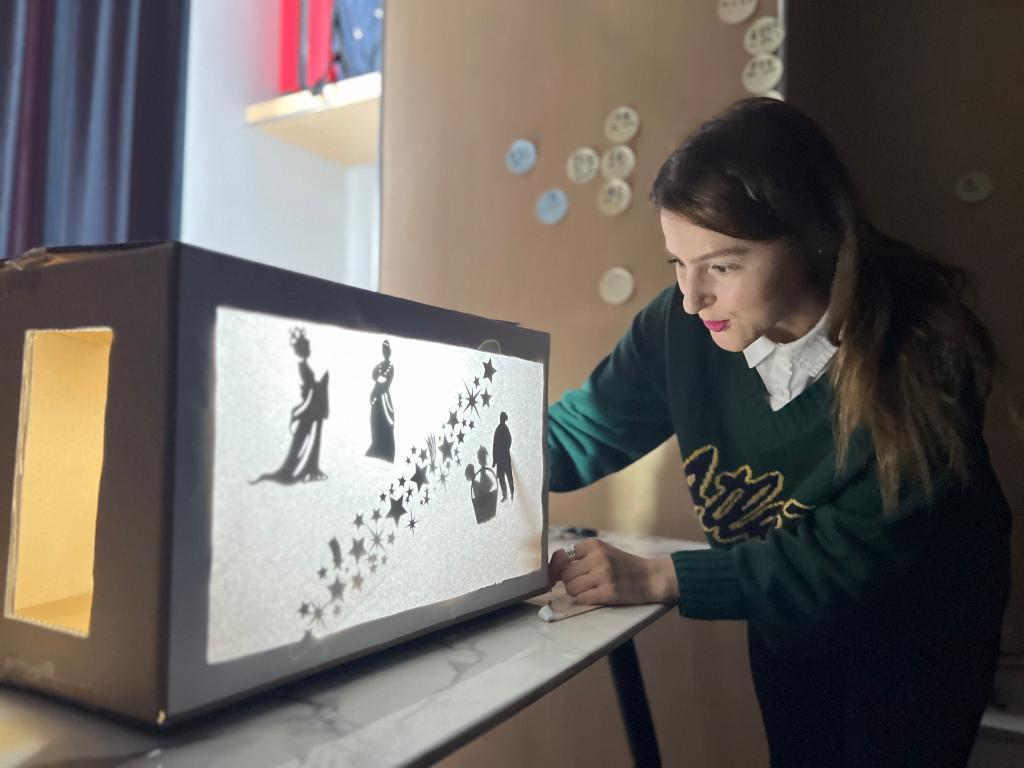 XI'AN, Nov. 20 (Xinhua) -- With a big box as a stage, a lamp as a light source, and a piece of white paper as a screen, Hakobyan Aleta handmade a simple shadow play stage.

The 30-year-old shadow play fancier has uploaded several videos of shadow plays to the internet and received much attention from netizens. She believes shadow play is an excellent way to tell stories of Chinese myths, legends, history, and culture.

Aleta came to China from Armenia three years ago to work as an English teacher. She has visited many places like Beijing, Tianjin, Shanghai, Yunnan, and Shandong. Aleta said she likes the country's beautiful natural sceneries and diverse customs, but what most fascinates her is the local folklore and mythology.

"They are gorgeous, charming, and full of wisdom," Aleta said. For a long time, she had been looking for a unique and novel storytelling way to share the folk tales she collected among people.

She watched a shadow play show in a museum in Xi'an, the capital of northwest China's Shaanxi Province, and realized this was what she wanted to do.

Shadow plays are popular in China. Performers stay behind a white curtain, manipulate the shadow puppets carved from animal skins, and move along with the songs of local operas. In 2011, shadow plays, also known as shadow puppetry, were inscribed on the UNESCO Representative List of Intangible Cultural Heritage of Humanity.

"I was very excited watching a shadow play show for the first time about a famous military general in Chinese history. The staff in the museum invited me to see the leather puppets, and I was impressed by the bright colors and their flexibility," Aleta recalled.

Arriving home from the museum, Aleta started her research to make a shadow play stage. Learning from videos, she built it with a box, a light, white paper, and other tools.

"I printed puppet figures on paper and then carefully cut and carve them into silhouettes. The silhouette lines need to be clean, so I have to be careful," she said.

Her first shadow play told a touching love story in Chinese legend. "The story is about love, the moon, and the hope for reunion, which coincides with a family reunion theme on the Mid-Autumn Day in China," Aleta said. "I spent the whole holiday preparing my first shadow play."

To enrich her story materials, Aleta has been learning Chinese traditional culture. Chinese legends, traditional customs, and ancient poetry have become her inspiration.

When making scenes related to the Qixi Festival, or Chinese Valentine's Day, she learned a lot about China's traditional weddings. To tell the story of the beast Nian, an evil creature from Chinese legend, she tried to set up the characters and buildings in the story so that the audiences better understand the story and the Chinese culture behind it.

Aleta's shadow play videos have won many audiences from Armenia. The video about the beast Nian attracted the attention of an Armenian television station, which aired the video earlier this year.

Among the online comments for her videos, some audience members said the shadow play videos make them understand more Chinese stories, and some hoped she would update more.

This feedback encourages Aleta to make more videos. She is now writing a new story with ancient Chinese poetry content.

"When my Chinese is good enough, I will make shadow-play videos about Armenian myths, legends, and customs and share my country's culture with Chinese audiences," Aleta said. ■ 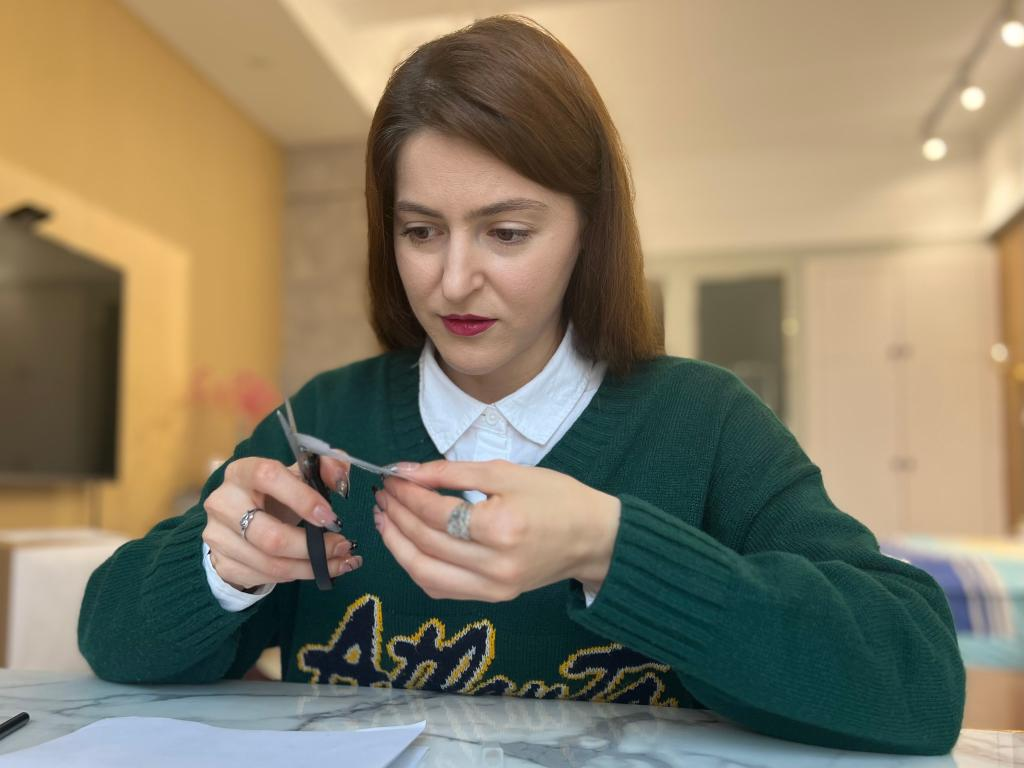 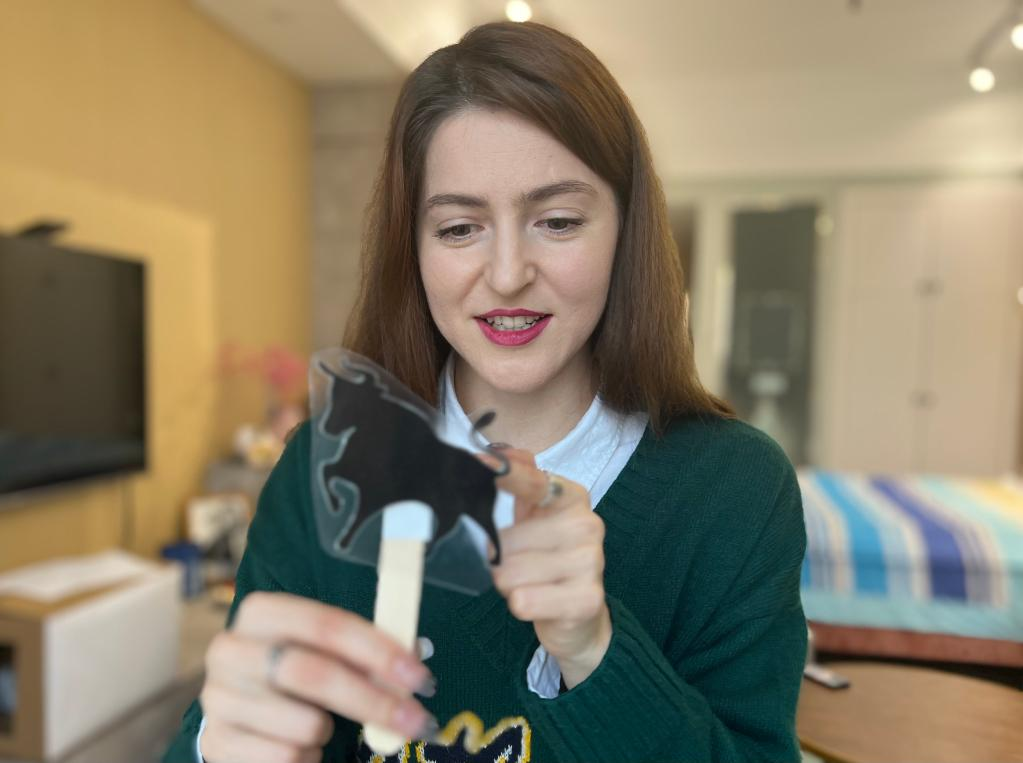 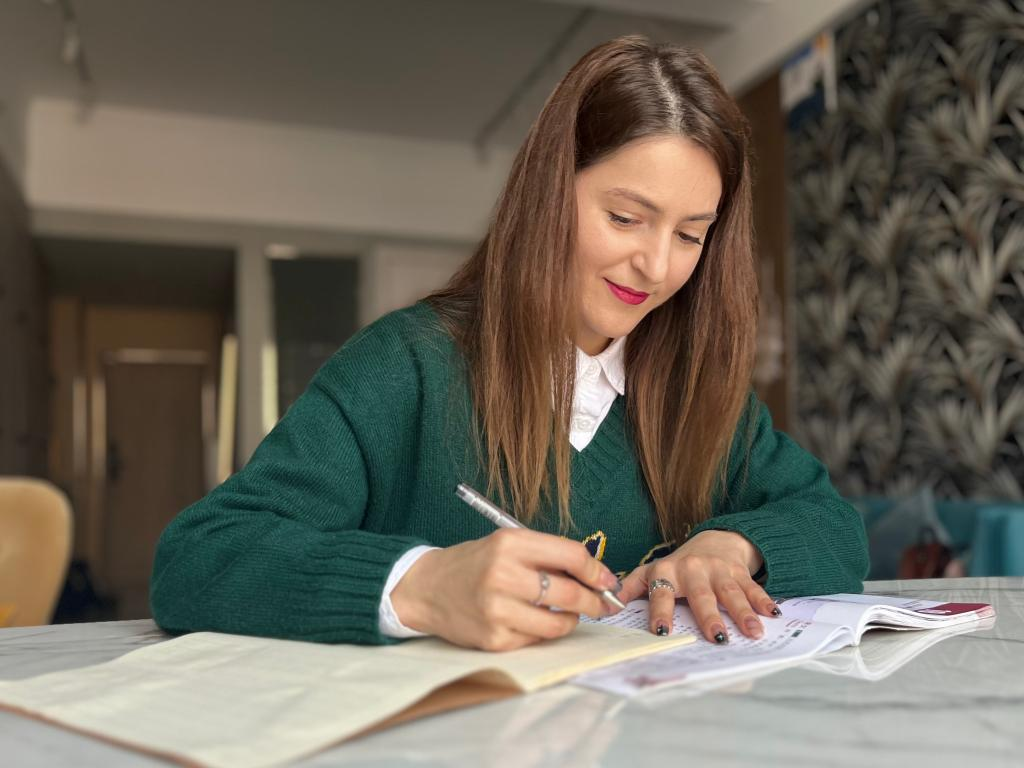