* With the support of Xi Jinping, over the past 17 years, three worldwide campaigns have been launched to collect images of ancient Chinese paintings.

* Since 2012, China has been sharing the achievements of the project with other countries in the world through donations or other forms.

BEIJING, Dec. 19 (Xinhua) -- Visitors to the National Museum of China in Beijing have been thrilled by an exhibition of high-definition copies of classical Chinese paintings, such as "A Panorama of Rivers and Mountains."

The exhibition features China's achievements in compiling "A Comprehensive Collection of Ancient Chinese Paintings," the result of a state project that involves at least 12,405 pieces (sets) of Chinese paintings from over 260 domestic and overseas museums and other cultural institutions.

The compilation covers the majority of the extant Chinese paintings classified as national treasures, with the prints making up 226 books so far. If stacked up, they would reach four stories in height.

From its embryonic stage about 17 years ago, the project, which will conclude at the end of the year, has been supported by Xi Jinping. 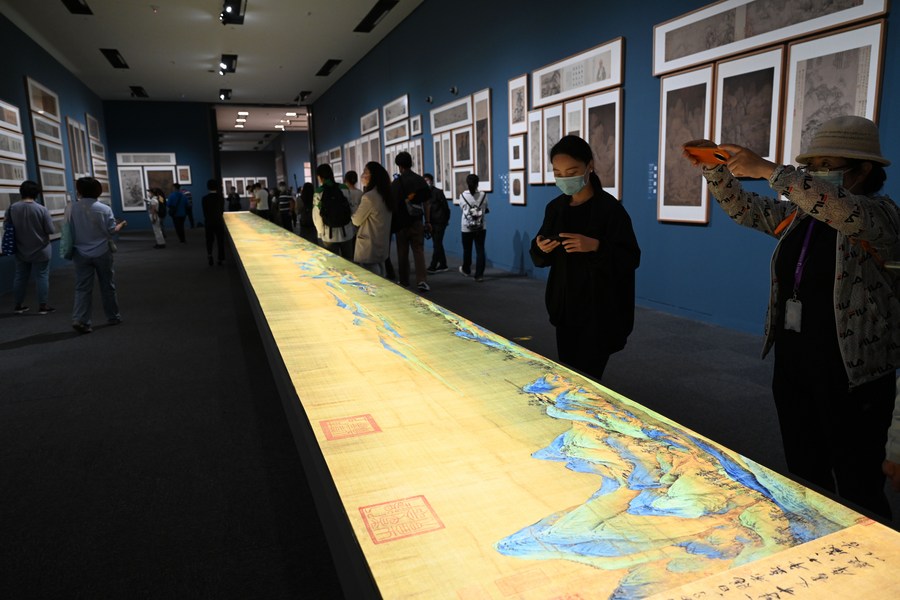 Visitors look at a high-definition copy of classical Chinese painting "A Panorama of Rivers and Mountains" during an exhibition featuring China's achievements in compiling "A Comprehensive Collection of Ancient Chinese Paintings" at the National Museum of China in Beijing, capital of China, Sept. 29, 2022. (Xinhua/Jin Liangkuai)

Xi was impressed by the initial idea of the collection in July 2005, when he worked in Zhejiang Province, an economic powerhouse in east China.

Reviewing a proposal of compiling and publishing the Song Dynasty (960-1279) paintings housed in palace museums on both sides of the Taiwan Strait, Xi, then Party chief of the province, gave the idea the green light. "It is worthy of our efforts," he said.

The idea was later expanded into a compilation of the paintings from the entire dynasty of Song and was listed as a provincial program, which remained a concern for Xi after he left the province in March 2007.

In November 2012, Xi was elected general secretary of the Communist Party of China Central Committee. Since then, he has made multiple instructions to promote the project. 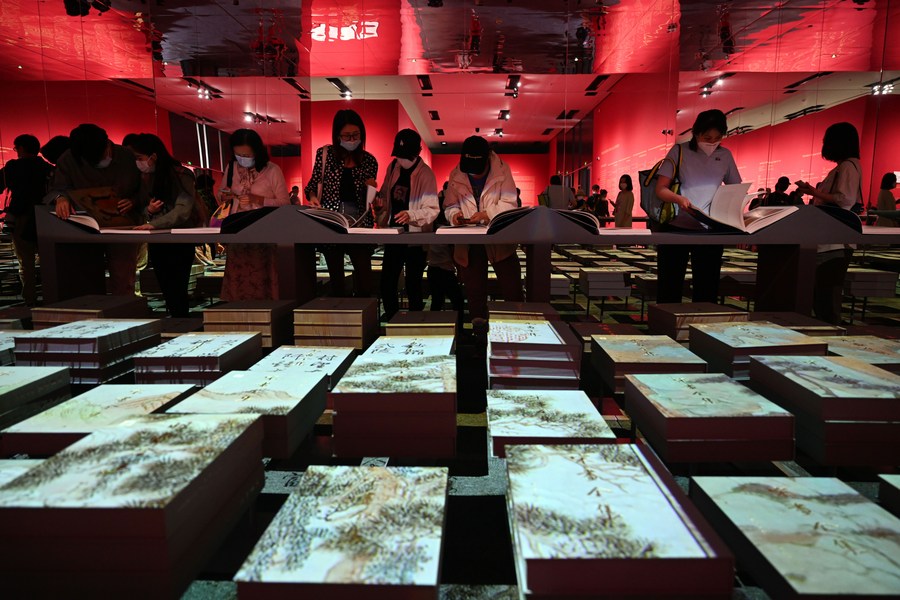 Visitors look at exhibits during an exhibition featuring China's achievements in compiling "A Comprehensive Collection of Ancient Chinese Paintings" at the National Museum of China in Beijing, capital of China, Sept. 29, 2022. (Xinhua/Jin Liangkuai)

The delivery of the project would have been impossible without the cooperation of more than 260 museums and cultural institutions across the globe, as well as the strong support from experts and scholars.

With the support of Xi, over the past 17 years, the team in charge of the project launched three worldwide campaigns to collect images of ancient Chinese paintings.

In the United States alone, 30 museums and cultural institutions have been in close cooperation with the Chinese project. More than 1,200 exquisite ancient Chinese paintings scattered across the country were thus reproduced.

The cooperation, however, is not a one-way street. Since 2012, China has been sharing the achievements of the project with other countries in the world through donations or other forms. Today, nearly 190 overseas cultural institutions are housing books from the project. 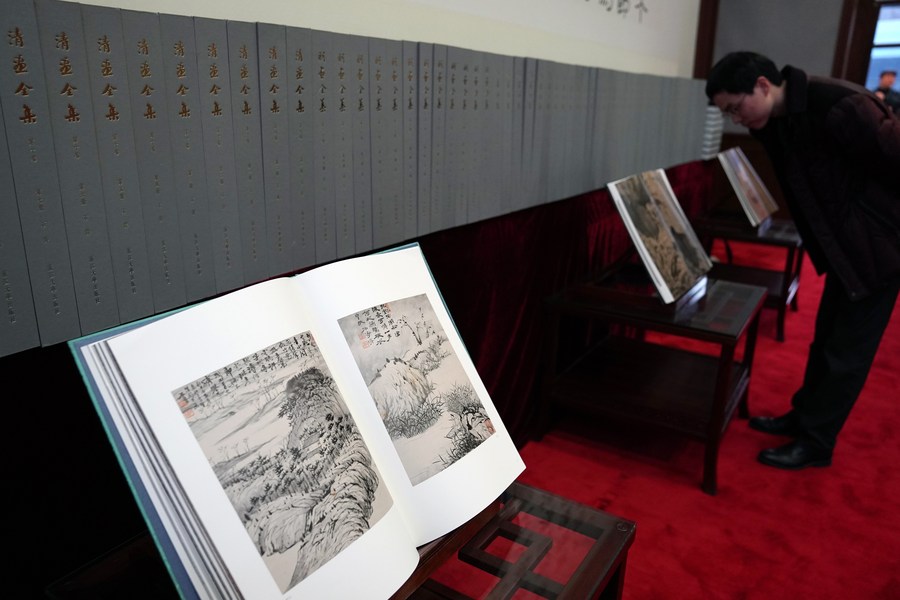 A visitor looks at exhibits displayed at the initial release of China's achievements in compiling "A Comprehensive Collection of Ancient Chinese Paintings" in Beijing, capital of China, Dec. 12, 2018. (Xinhua/Ju Huanzong)

The team in charge of the project used the latest technologies, including virtual reality and 3D printing, to create interactive audio-visual-tactile installations that offer audiences a panoramic and multidimensional experience of Chinese paintings and grotto temples.

A video series about the ancient paintings reproduced in the project has received more than 220 million views since its launch on a domestic platform in September 2020.

"The compiling and publishing of the comprehensive collection of ancient Chinese paintings clearly embodies our confidence in our culture," said Fan Di'an, president of the China Artists Association.

Noting that the project is to be concluded soon, Xi wrote an instruction in October this year, encouraging the team in charge to "continue to dig deep into the genetic code of the continuous inheritance of Chinese civilization, and make further positive contributions to carrying forward fine traditional Chinese culture." 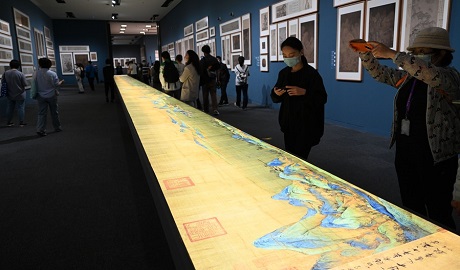