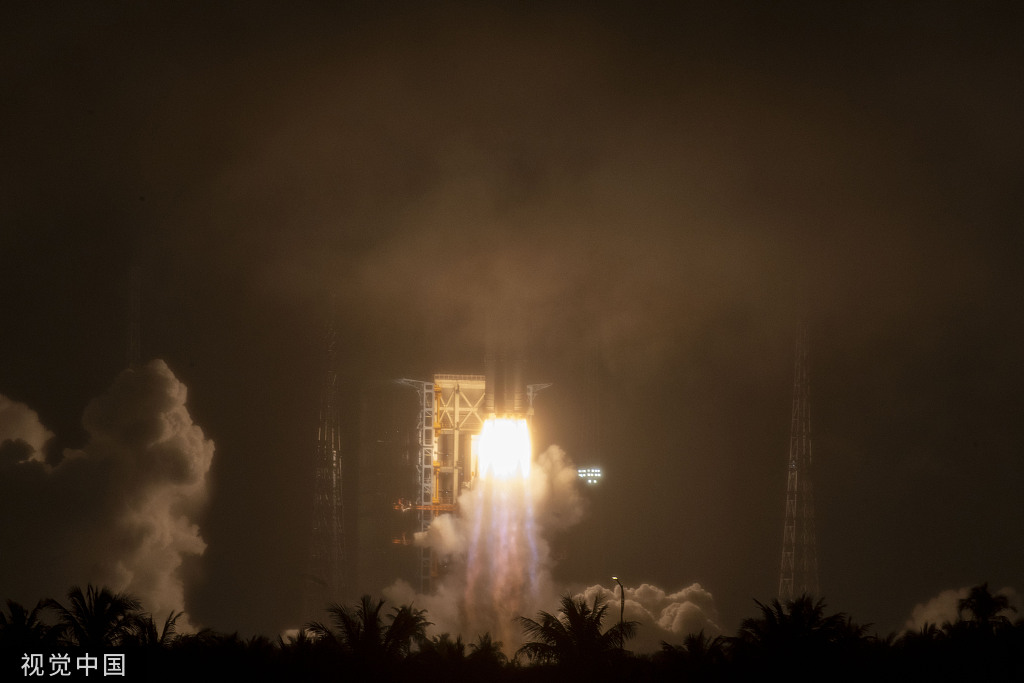 China launches a Long March 7A rocket from the Wenchang Space Launch Center in Hainan province on Monday morning, sending three satellites into space as part of its first space mission of 2023. [Photo/VCG]

China launched a Long March 7A rocket from the Wenchang Space Launch Center in Hainan province on Monday morning, sending three satellites into space as part of its first space mission of 2023.

The colossal 60.1-meter rocket blasted off at 6:00 am from the coastal launch center, and soon deployed the Shijian 23 and Shiyan 22A and 22B experimental satellites into orbit, according to a news release from the China Aerospace Science and Technology Corp, the leading national space contractor.

The Shijian 23 is tasked with conducting in-orbit scientific experiments and demonstrating technology, while the Shiyan 22A and 22B will be used to perform environmental monitoring and to test new technologies.

The Long March 7A has a liftoff weight of 573 metric tons and a core-stage diameter of 3.35 meters. It is capable of placing a 7-ton spacecraft in a geosynchronous transfer orbit.

The rocket is used to send satellites to high-altitude orbits like the geosynchronous transfer and inclined geosynchronous orbits. It is also capable of carrying out missions to the moon, Mars and to asteroids.

The launch marked the 459th flight of a rocket from the Long March family.

Last year, China conducted 64 launches, a new national record. Among them, 53 were made using the Long March-series rockets produced by the China Aerospace Science and Technology Corp.

China has plans to carry out 60 launch missions this year, more than 50 of which will be carried out by the China Aerospace Science and Technology Corp, according to its annual work report.

According to the report, which was handed out at the company's annual research and production work conference in Beijing last week, they include manned and robotic missions to the newly assembled Tiangong space station and the maiden flight of the Long March 6C carrier rocket.

Another State-owned space enterprise, the China Aerospace Science and Industry Corp, plans 10 launches of its Kuaizhou 1A and Kuaizhou 11 solid-propellant rockets. If the plans become reality, 2023 will be the busiest year for the Kuaizhou family, company sources said.