China to host 9th BRICS Summit in September in Xiamen

Stronger Partnership for a Brighter Future

AIIB to lend $329 mln for roads in rural India

China and India are highly complementary in economic and trading areas, while there is tremendous potential for economic cooperation between the two nations, said an official of China’s Ministry of Commerce (MOC). 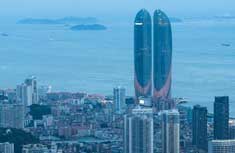