Chinese President Xi Jinping's state visit to the United States in September will give a new boost to the development of a new type of major-country relationship.
Xi accepted President Barack Obama's invitation for a state visit during a phone conversation on Wednesday. This will be Xi's first state visit to the U.S. since he became China's top leader in 2013.
During the phone conversation, Xi expressed hope that the two countries' Strategic and Economic Dialogue and high-level consultation on people-to-people exchanges, which will be held in the United States this year, will achieve as many positive results as possible.more>>
Follow Guangming Online for exclusive content and more: 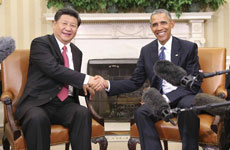 The summit between President Xi Jinping and President Barack Obama gives them a chance to clear the air on important issues haunting the bilateral relationship, according to a former US ambassador to China.

For Xi's visit, mutual trust a must: expert

"The boost of mutual trust may be the largest contribution of Xi's visit to Sino-US relation," Vogel said in an interview with Chinese media on Monday.But Vogel predicted that due to the accurate and comprehensive understanding of the current situation that both leaders have, their meeting would bring some surprises to the world. 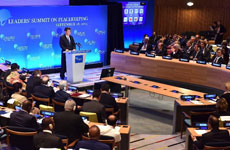 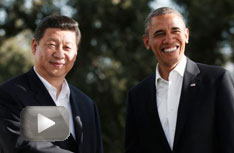 China Review: Hot comments on the leadership of Xi Jinping