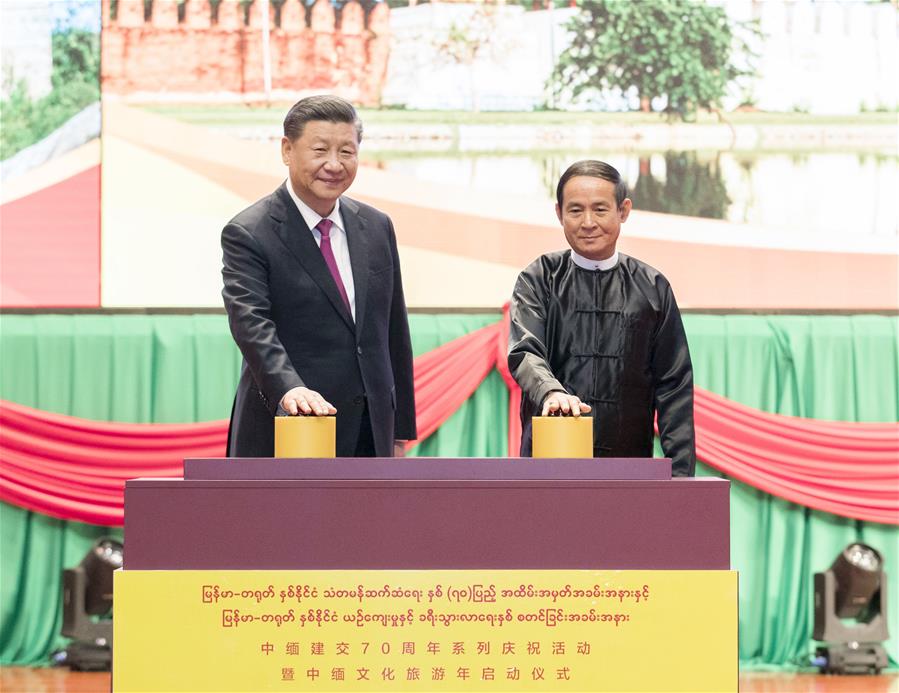 The state visit by President Xi coincided with the 70th anniversary of China-Myanmar diplomatic ties. Xi’s Myanmar trip is expected to draw a blueprint for bilateral ties, enrich them, further promote the building of a community with a shared future, and open up a new era for bilateral ties.

China and Myanmar have made fruitful cooperation in infrastructure construction, energy exploitation and industrial parks building since the Belt and Road Initiative was proposed in 2013. China-Myanmar Economic Corridor also has come into being, which is not only the second project of this kind between China and one single country in Southeast Asia after the first China-Laos Economic Corridor, but also a part of the China-Indochina Peninsula Economic Corridor (CICPEC).

CICPEC, the land bridge among six economic corridors proposed under the Belt and Road Initiative, links China with the Indochina Peninsula and crosses the heart of Vietnam, Laos, Cambodia, Thailand, Myanmar and Malaysia. It is expected to boost China’s cooperation with ASEAN countries in such areas as connectivity and transportation.

The stable construction of China-Myanmar Economic Corridor shall complement China-Laos Economic Corridor, advancing mutual exchanges between China and ASEAN countries. With the prosperous Lancang-Mekong Cooperation and former convergence of development strategies of China and three ASEAN countries including Vietnam, Laos and Thailand, progress of CICPEC construction is deepening.

In the meantime, China also attaches great importance to promoting China-Japan-ROK cooperation and regional integration. The trilateral cooperation among China, Japan and South Korea will undoubtedly play an important leading role in promoting the integration of East Asia and even of the Asia-Pacific region, and promote the building of China-ASEAN community with a shared future as well as the stable development of the world.

Facing rising unilateralism and protectionism, China’s efforts to build a community with a shared future for mankind is an important stabilizing factor for global peace and win-win cooperation. Xi’s two-day trip shall highlight the building of the China-Myanmar community.