Tsinghua int’l graduate: China is on the right track towards victory amid the pandemic 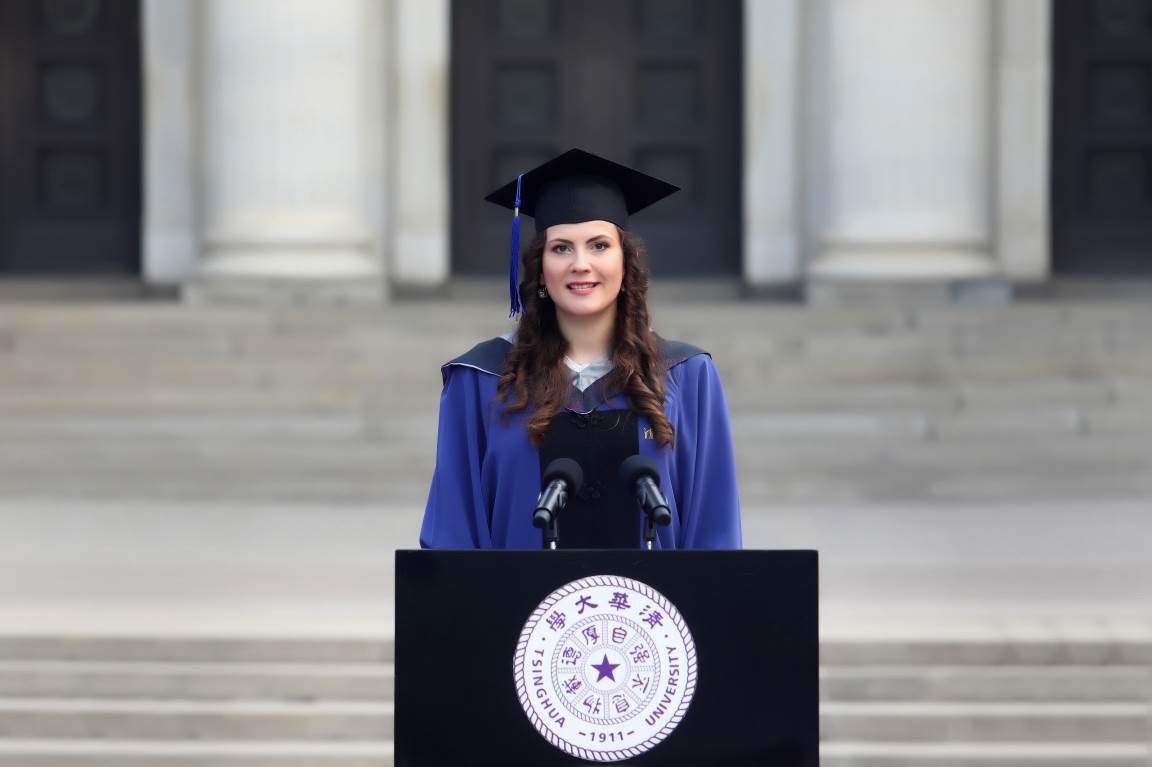 Bosnian postgraduate student Ivana Todorovic delivered a graduation speech on June 22, 2020, as she received a master’s degree in public health from Tsinghua University, in which she expressed her gratitude to Tsinghua and spoke highly of the measures adopted by both the university and China during the COVID-19 outbreak.

Last September, with a letter of recommendation from the president of Bosnia and Herzegovina, Ivana became the first Bosnian international student ever to study in Tsinghua University. She had a tough time in her early stage of life because of the war, but was raised with strong hope for a better life, which led her to China. “My mother, who is and will ever be my heroine, was the only figure who guided me, provided for me and kept me on the right track, in the hope of a better life. I will always remember her teachings, to complain less and always find solutions at the price of whatever it takes, which brought me to China, an ancient land of new hopes,” Ivana said in her graduation speech.

As she was pursuing her master’s degree in public health in China, the COVID-19 pandemic broke out at the beginning of this year. Ivana chose to stay in China, since what she experienced here assured her that the country was on the right track towards victory in the battle against COVID-19. “During the COVID-19 outbreak, I got the best opportunity to understand China. I saw millions of people united with one goal - to win the battle against this epidemic. I have never seen such a collective dedication from a nation.” Ivana was amazed by the timely efforts from the government and the incredible unity of the people. She also expressed great faith in China’s health care system. “China’s governance and health care system proves to be one of the most efficient in the world. The rules and initiatives set by the Chinese government had everyone’s health and safety as first priority. This made me feel safe and confident that China was on the right track towards victory.”

Amid the pandemic, many people in China were committed to supporting the deployment of medical materials, helping their own country and the rest of the world out. “With a population of 1.4 billion, China not only has successfully controlled the transmission of the coronavirus, but also assisted many other countries across the globe,” she acknowledged in the speech. Ivana, together with her department in Tsinghua University, contributed great passion as well. “Everyone has a role to play in the battle against the virus. In Tsinghua, I played a tiny but necessary role. I was actively engaged in searching international connections in the healthcare industry, firstly for China, then later on for my own country. Thanks to the network I built through my department in particular and Tsinghua in general, I was able to organize donation of personal protective equipment for my country.” Ivana expressed her thanks to Tsinghua and love for China.

In the end, Ivana wished all the best for her fellow students and for the whole world, hoping everyone can embrace the brighter days soon. “Let’s accept new challenges, think beyond our limits, and keep in mind the ethics of life. Let’s undertake everything we can for the sake of unity of humanity and the international community. Let’s work together for a more promising future and prosperous world.”