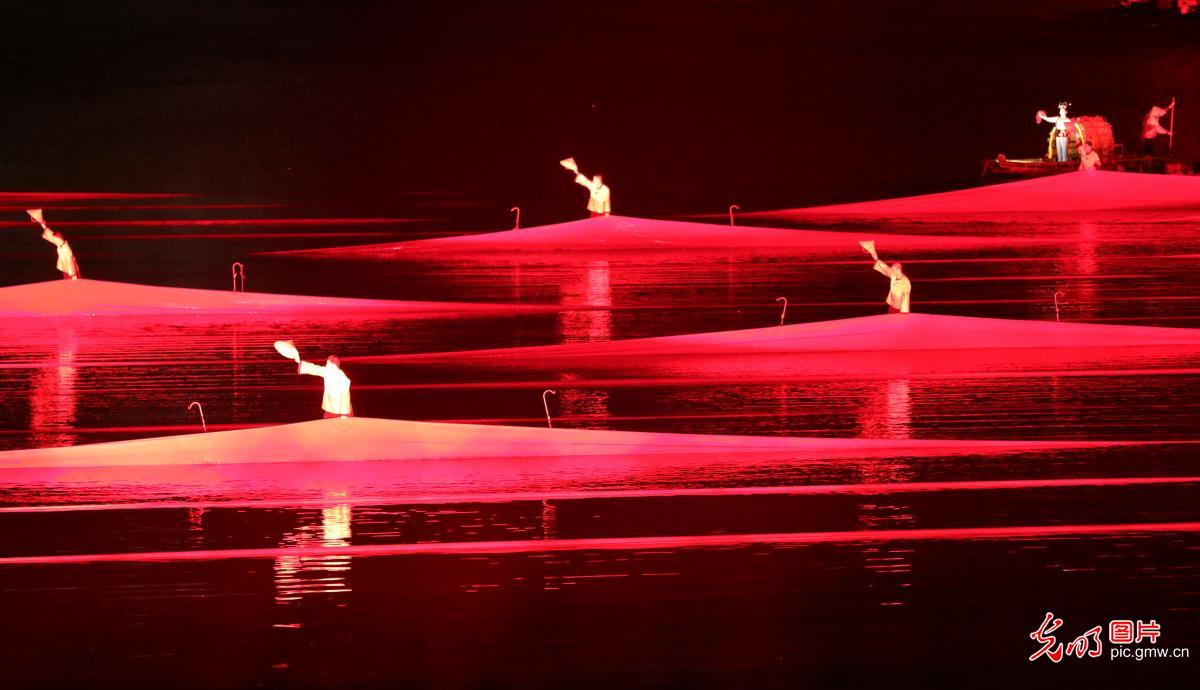 Photo taken on Sept 25, 2020 shows the large-scale landscape live-action perfomance "Impression · Third Sister Liu" in Yangshuo County, Guilin City, south China's Guangxi Zhuang Autonomous Region, which has attracted a large number of tourists from all over the country. It has become a way to alliviate proverty as most actors who participated in the performance were ordinary farmers from five nearby villages. (Zhang Jingang/Guangming Picture)