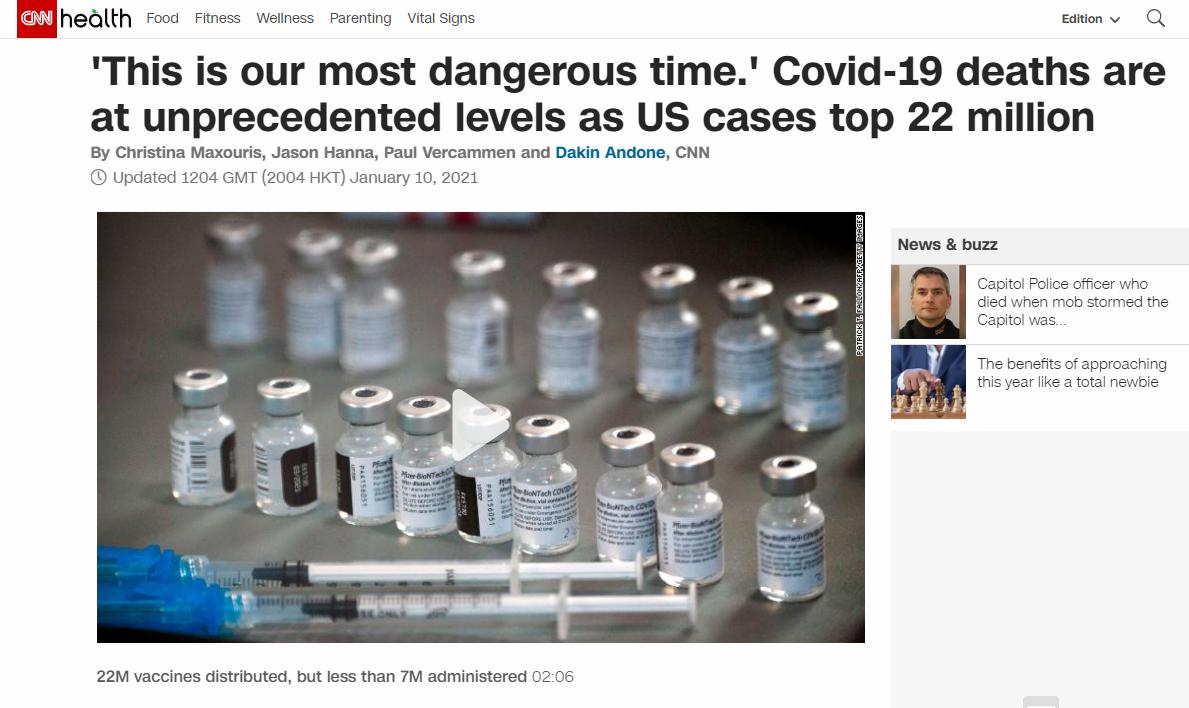 Screenshot shows a news report published by CNBC on Jan. 9, 2021,

The United States reported a record high of weekly COVID-19 cases and deaths, according to a news report published by CNBC on Jan. 9, 2021.

Public health experts saw the increased number of COVID-19 cases and deaths as a predicted surge caused by travels and family gatherings of the holidays last month.

Dr. Rachel Herlihy, Colorado’s state epidemiologist, said that the impact of the holidays will be shown up in the data, according to a news report published by CNN on Jan. 10, 2021.

Health experts also considered the attack on the U.S. Capitol another surge event that will make the outbreak in the country even worse.

On Jan. 6, a large crowd of protesters and supporters of the U.S. president Donald Trump stormed into the U.S. Capitol, forcing a suspension of the session to certify President-elect Joe Biden’s victory in the 2020 election.

U.S. Centers for Disease Control and Prevention Director Robert Redfield said the riot may be a “surge event” that will have “public health consequences,” as a largely unmasked crowd of people were gathered at the Capitol in a non-distanced way.

“Then these individuals all are going in cars and trains and planes going home all across the country right now. So I do think this is an event that will probably lead to a significant spreading event,” said Redfield.