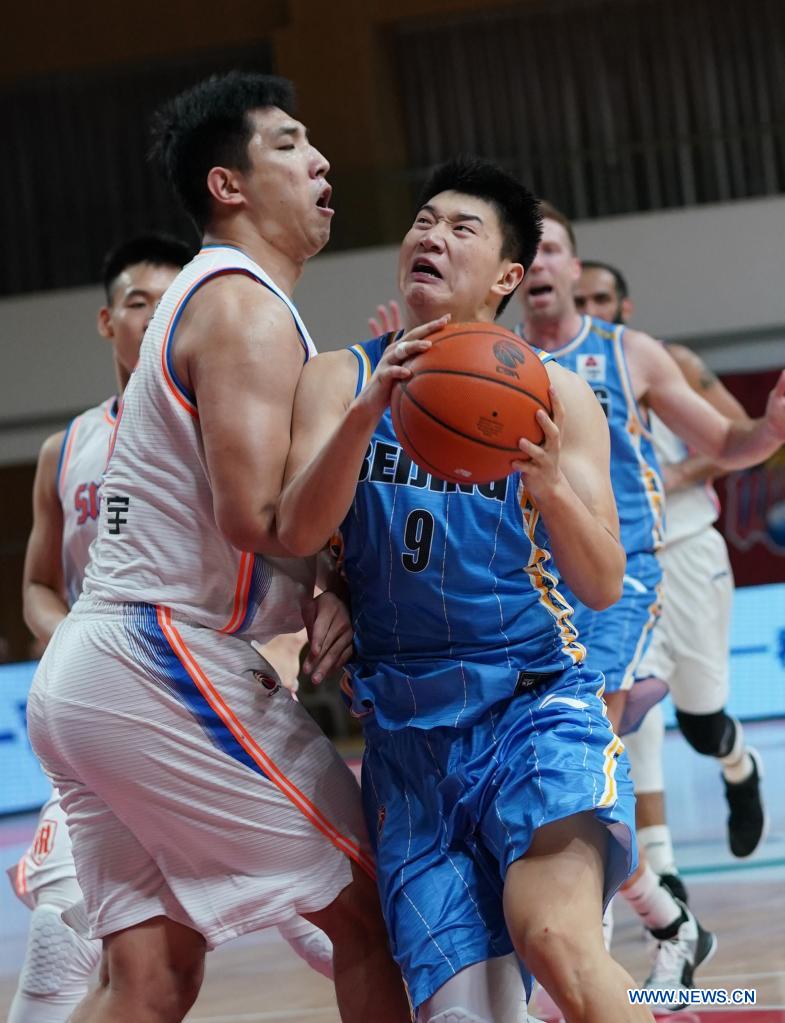 Lei Meng (front R) of Beijing Ducks breaks through during the 49th round match between Beijing Ducks and Sichuan Blue Whales at the 2020-2021 season of the Chinese Basketball Association (CBA) league in Zhuji, east China's Zhejiang Province, March 27, 2021. (Xinhua/Meng Yongmin)

With a clutch of 3-pointers from both sides, Guangzhou and Tianjin traded leads throughout. A tight first half witnessed Guangzhou take a seven-point advantage into the break at 49-42, then the two teams played tit for tat and levelled at 95-95 to enter the overtime.

With six players scoring double figures, Guangdong maintained its lead on the standings when Marshon Brooks contributed 37 points. Hu Mingxuan had 15 points and four rebounds while Xu Jie made 11 points for Guangdong.