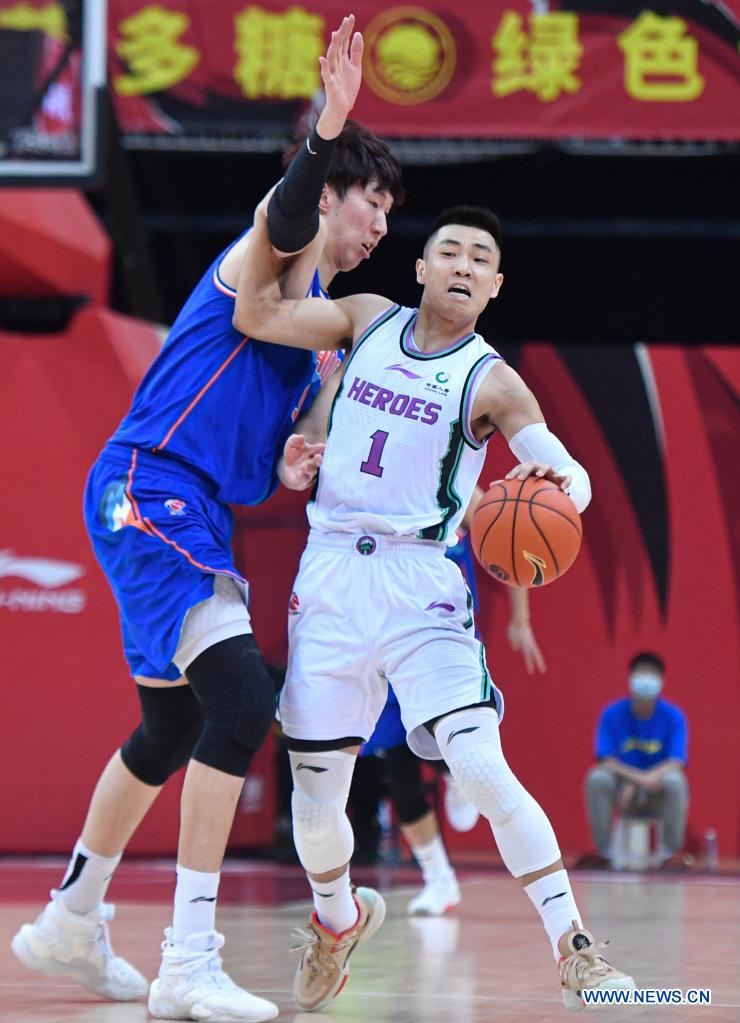 ZHUJI, China, March 28 (Xinhua) -- The Liaoning Flying Leopards dominated the final quarter to beat the Beijing Royal Fighters 91-85 for a four-game winning streak, while the Shandong Heroes sealed a 112-106 victory over the Xinjiang Flying Tigers in the 2020-21 regular season of the Chinese Basketball Association (CBA) here on Sunday.

Liaoning took a one-point lead in the first quarter after Mayo's scoring concluded the seesaw battle in the final moment. However, Beijing controlled the rhythm of the game in the second quarter thanks to Young's consecutive quick attacks, entering the second half 45-40.

After the break, Beijing relied on Young's high shooting accuracy, while Zhang Zhenlin's slam dunk helped Liaoning tie the game at 66-66. The last period became decisive as Liaoning opened with a 13-2 run to establish a double-digit advantage and kept their edge until the final whistle.

Elsewhere, Shandong enlarged the gap to over 20 points in the second quarter after Jia Cheng's 3-pointer locked the score at 66-44 before the interval.

Xinjiang strengthened their scoring inside the paint to make a comeback. Arslan contributed two 3-pointers and three free throws to narrow the gap to three points. However, Yu Dehao and Tang Caiyu fouled out, while Arslan's 3-point attempt did not succeed before the buzzer, gifting Shandong the victory.

In the other two games, the Qingdao Eagles pushed aside the Jilin Northeast Tigers 107-99, and the Nanjing Monkey Kings thrashed the Jiangsu Dragons 105-93. Enditem