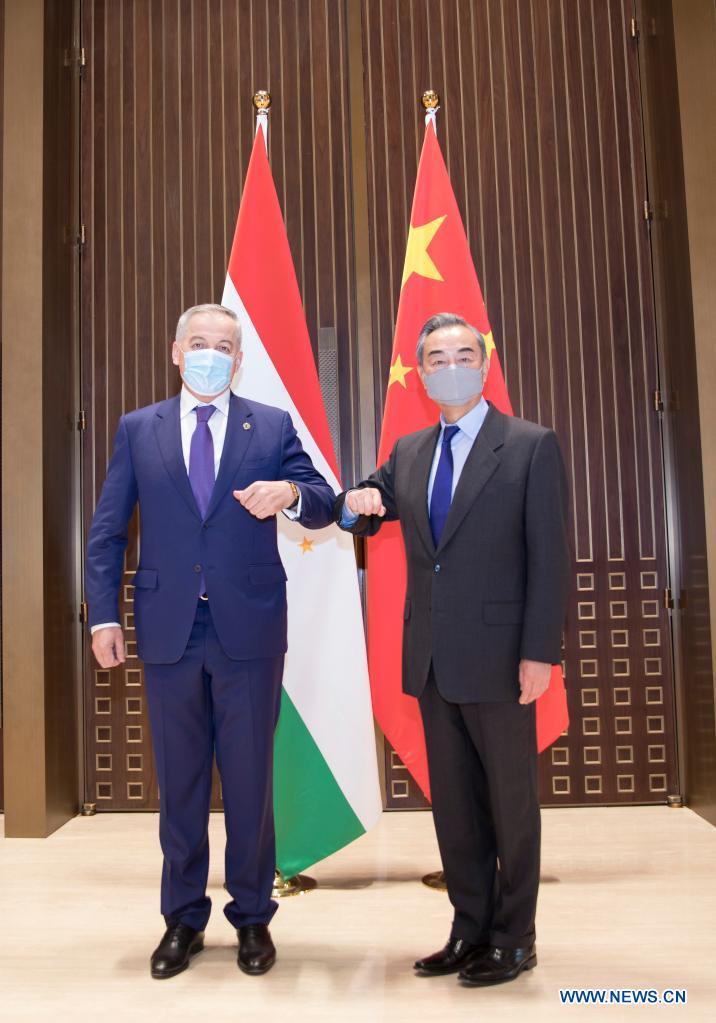 While meeting with Sirojiddin Muhriddin, Wang said that as brothers, good neighbors, and "iron friends," China and Tajikistan should earnestly implement the consensus reached by the two heads of state. The two sides should continue enhancing the "gold content" of bilateral relations, consolidate the foundation of political mutual trust, upgrade the scale and quality of cooperation, and push China-Tajikistan relations for a new development stage.

Echoing Wang's remarks, Sirojiddin Muhriddin said that Tajikistan regards China as its most reliable strategic partner. Tajikistan is ready to expand cooperation with China regarding the Belt and Road (B&R) and would continue to support the one-China principle.

During his talks with Abdulaziz Kamilov, Wang said that China-Uzbekistan relations maintain a sound and stable development momentum, which brings benefits to the two peoples.

He said that as the phone call between the two heads of state pointed out the direction for relations between the two countries in the post-epidemic period, China is willing to share development opportunities with Uzbekistan and expand general cooperation.

Wang said that the friendship between China and Kyrgyzstan from generation to generation is the general trend and the people's will when meeting with Chingiz Aidarbekov.

He said that China is willing to do its best to provide support and assistance for Kyrgyzstan to achieve stability and development. China is also willing to expand B&R cooperation, promote the development strategies of the two countries, and expand new areas and open up new prospects for bilateral cooperation.