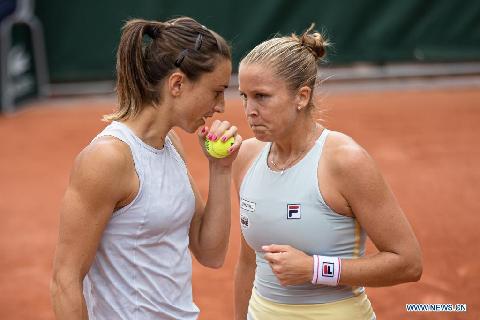 Petra Martic (L) of Croatia and Shelby Rogers of the United States react during the women's doubles second round match between Yang Zhaoxuan of China/Makoto Ninomiya of Japan and Petra Martic of Croatia/Shelby Rogers of the United States at the French Open tennis tournament at Roland Garros in Paris, France, June 4, 2021. (Photo by Aurelien Morissard/Xinhua)