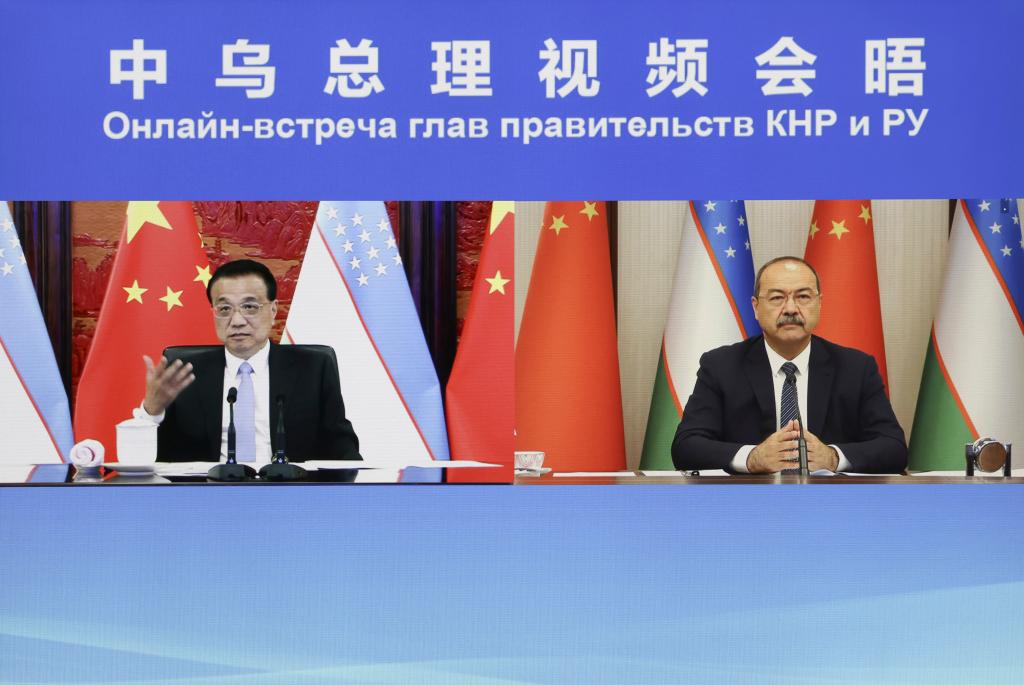 Li said since the outbreak of COVID-19, China and Uzbekistan have been supporting and helping each other to push forward practical cooperation, which has played a positive role in the two countries' economic recovery.

China stands ready to work with Uzbekistan to conduct closer high-level exchanges, strengthen mutual political trust and deepen practical cooperation across the board, he said.

Li said China will join hands with Uzbekistan to fight COVID-19, provide Uzbekistan with aid within China's capacity, support companies from the two countries to carry out joint vaccine production based on the principle of mutual benefit and win-win results.

The Chinese premier expressed the hope that the two sides can deepen cooperation in all fields in line with market principles and business rules to better benefit the people of both countries.

China is willing to facilitate the customs clearance of agricultural specialties from Uzbekistan, he added.

Noting that 2022 will mark the 30th anniversary of establishment of diplomatic relations between the two countries, Li expressed the hope of holding celebrations in various forms, enhance people-to-people exchanges, and cement mutual understanding and traditional friendship between the two peoples.

China stands ready to work with Uzbekistan to enhance coordination and cooperation under the framework of the Shanghai Cooperation Organization to contribute to post-epidemic recovery and livelihood improvement for regional countries, Li said.

Aripov thanked China for the timely aid to Uzbekistan in fighting the epidemic.

He called on the two countries to give full play to the intergovernmental cooperation mechanism, further explore and deepen cooperation in trade, investment, energy, and interconnectivity to push for greater development of bilateral relations. Enditem