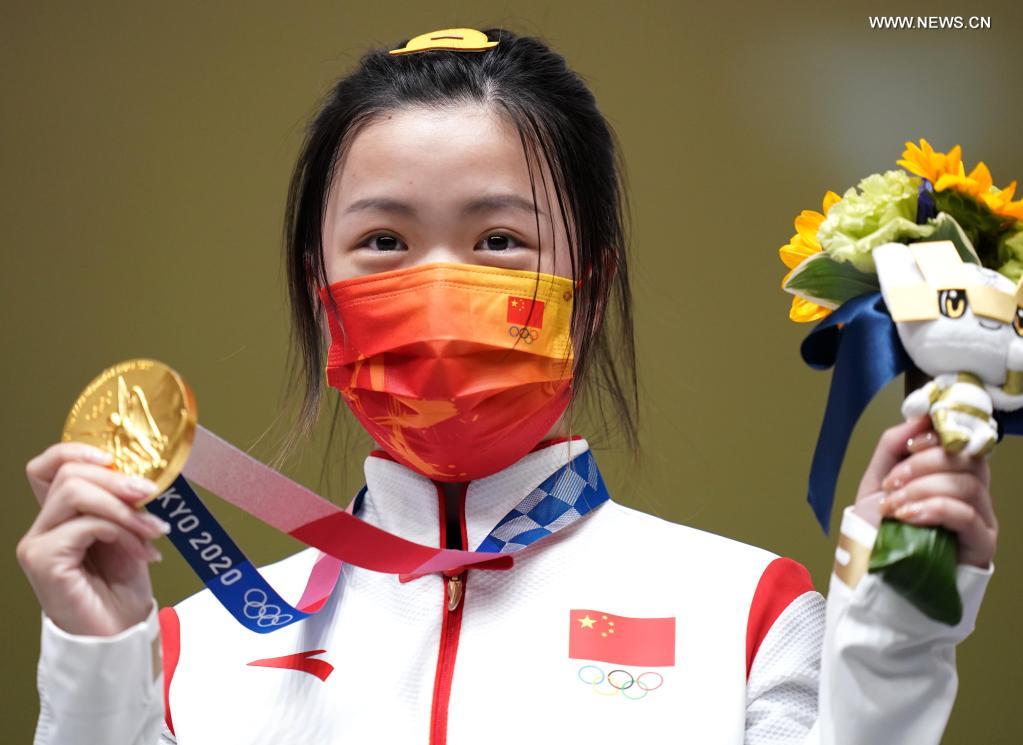 Yang, who was ranked sixth in the qualification, scored 251.8 points in the final, beating Galashina's 251.1 points to set off Team China to a fine start at the postponed Tokyo games.

Trailing by a mere 0.1 point ahead of the two final shots, Yang saw the gap widened despite a 10.7-point shot, as her rival made an impressive 10.8.

However, when it came to the last shot that would define the eventual champion, Galashina surprisingly shot for 8.9 points, and conceded the Olympic title to Yang, who had a sub-par 9.8. Enditem