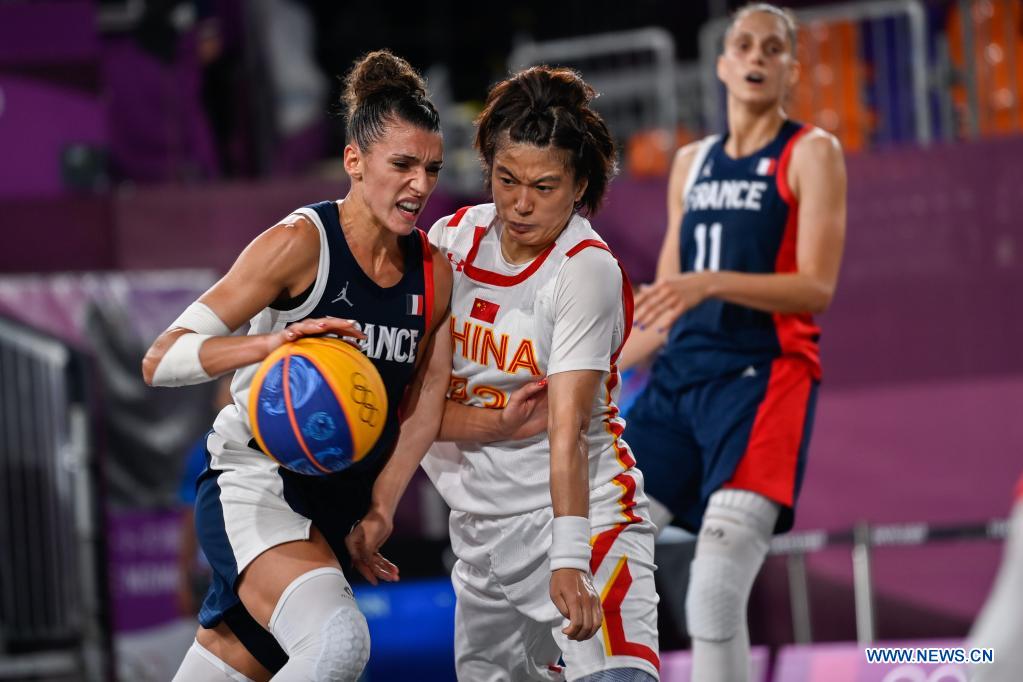 China stunned Italy with a 7-2 run in the first three minutes, before Italy fought back and cut the deficit to 11-9. China then dominated the court and smashed Italy with an 11-4 run, scoring past the 21-point winning mark two minutes and 47 seconds before the ten-minute limit.

Against France, China began the game with a 4-1 run, before France turned the deficit into a 10-6 lead. China then clawed back to tie the game at 11-11 before stepping on the gas pedal to trounce France with a 9-2 run for their second victory in Day 2 action.

China has a 3-1 win-loss record over the first two days of 3x3 action, and will face hosts Japan and top seed USA on Monday in the pool round. Enditem