The competitive, collaborative and adversarial rhetoric is a thinly veiled attempt to contain and suppress China

The China-US relationship is now in a stalemate and faces serious difficulties. Fundamentally, it is because some Americans portray China as an “imagined enemy".

Xie made the remarks on Monday during talks with U.S. Deputy Secretary of State Wendy Sherman, who is on a visit to north China's port city of Tianjin from July 25 to 26.

"The U.S. side's so-called 'rules-based international order' is designed to benefit itself at others' expense, hold other countries back and introduce 'the law of the jungle'" Xie said.

"U.S. policy seems to be demanding cooperation when it wants something from China; decoupling, cutting off supplies, blockading or sanctioning China when it believes it has an advantage; and resorting to conflict and confrontation at all costs." He added.

The U.S. side needs to change course,work with China on the basis of mutual respect, and embrace fair competition and peaceful coexistence with China,he said,"after all, a healthy and stable China-U.S. relationship serves the interests of both sides. And the world expects nothing less from the two sides."

As permanent members of the United Nations Security Council, the United States and China bear major responsibilities for safeguarding peace and security of the world, Sherman said.

Both sides agreed that the talk between Xie and Sherman, which lasted over four hours, was candid and in-depth, and pledged to continue such frank communication. 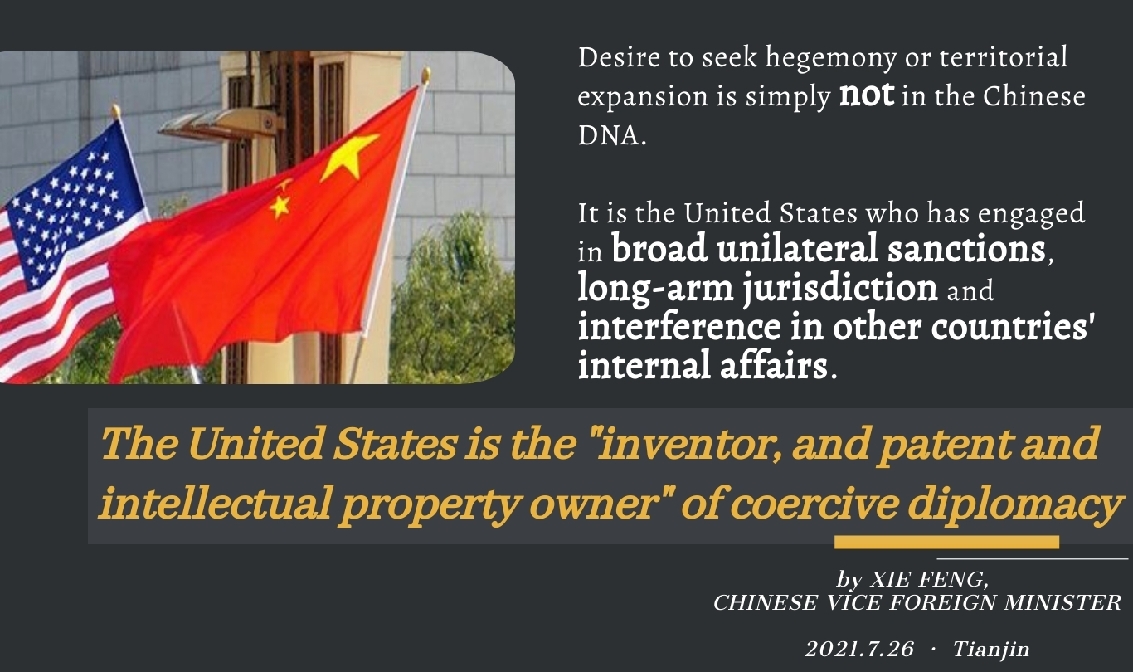 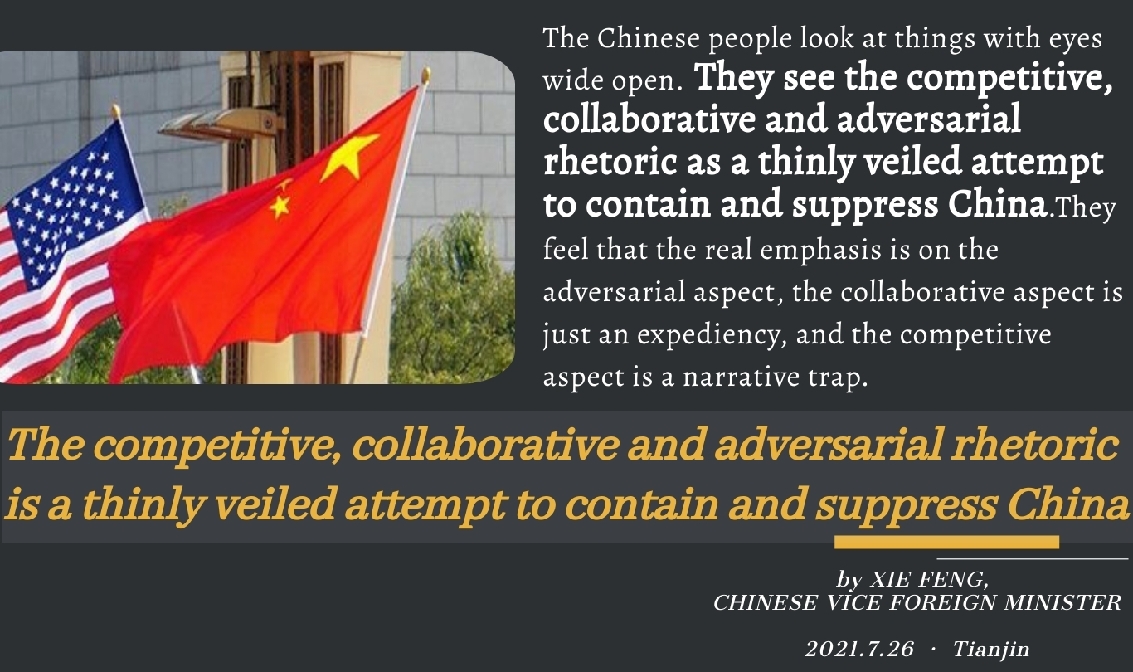