The report titled "'America Ranked First'?! The Truth about America's fight against COVID-19" is the first report in the world released by think tanks that reveals the truth about the Covid 19 resilience performance of the US, in response to Bloomberg’s questionable Covid Resilience Ranking which placed the US as No.1 on its list this year in June. 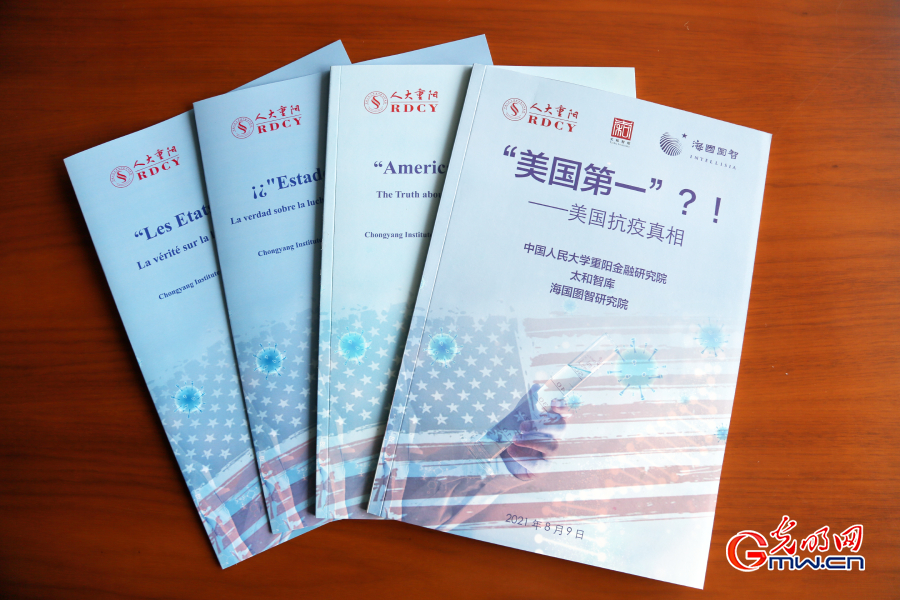 Backed with scientific researches and reliable statistics, the report is developed into five chapters, namely "For partisan competitions, not for the lives", "Anti-science and against common-sense measures", "System failures result in the pandemic difficult to control", "The pandemic exacerbated the social gap", and "Willful destruction of global resistance to the pandemic".

The report points out that "flying in the face of stark reality, some U.S. media have rated the United States as 'number one in the world' for its response to the COVID-19 pandemic. This is contrary to basic human ethics and facts. It will not help future generations to look at the current world history realistically and objectively."

The report reviews the timeline in rigorous and logical method, and sees a fourth wave now beginning in the US. Behind the cold numbers lies the domestic politics of the United States -- particularly the highly politicized partisanship, which has taken many lives of Americans "who need not have died". Under the double blow of the virus and man-made misfortunes, the COVID-19 outbreak has not been effectively controlled so far. “It's a slaughter”, said William Foege, an American epidemiologist and former head of the Centers for Disease Control and Prevention. 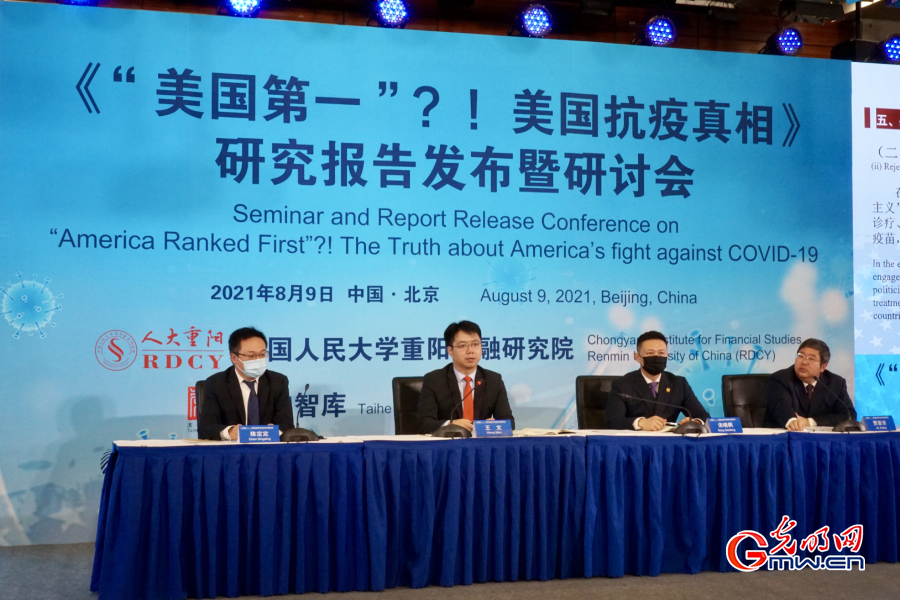 The report reveals that the direct reason why the US became a "failed country in fighting the epidemic" is that the US government went against common sense in prevention and control, policy measures, virus origin tracing investigation, and so on. The report also raises up unanswered questions, like "is the so-called unexplained 'respiratory disease' or 'white lung disease' reported in 2019 COVID-19? What kind of research is being done at Fort Detrick and other biological laboratories in the United States? Is it related to coronavirus? What are the safety measures in place? Is there a connection to the origin of the global COVID-19 outbreak?" These are all questions that should be answered in the tracing of COVID-19’s actual origins.

The report points out the polarized bipartisan pattern of "opposition for the sake of opposition" made up the "disunited America" pattern of resistance to the pandemic. It saves the stock market but not the people. The United States printed nearly half of all dollars for over two hundred years — in just one and a half years. Countries around the world have to "take the blame" and bear the pressure that they should not have to suffer the pressure of inflation, turmoil, and “bubbles”. This has entailed suffering from the pandemic to additional economic and social pressures. In addition to the virus, it has even brought about political conflicts and regional chaos.

The report also mentions that the pandemic has exacerbated the social gap in America. Toxic conspiracy theories about the origins of the COVID-19 have fuelled bullying and hatred against Asians. Asian discrimination cases almost doubled in just one month of March 2021. Social unrest is a "chronic disease" in the United States. The pandemic acts as an "amplifier" to further exacerbate social tensions. 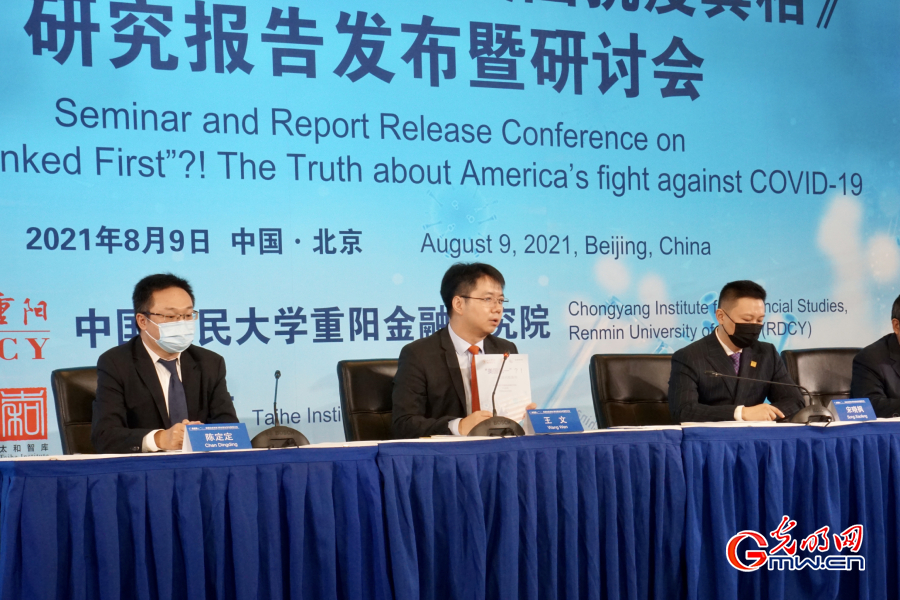 The report reckons that the US is willfully destructing global resistance to the pandemic. As the world's top superpower, the US has allowed the virus to spread, resulting in the serious deterioration of pandemics in other countries. During the same period when Biden instructed the US intelligence community to provide a tracing report within 90 days, many US government officials took positions on the origin tracing of the outbreak, creating international strife for no apparent reason. The US has been tight-lipped in the face of international concerns about the early spread of the outbreak in the country. The US only exported less than one percent of its vaccine production. In addition to refusing international cooperation on vaccines, the United States also disrupted the international anti-pandemic order by "withdrawing and re-joining the group". An even more deadly "virus" than the COVID-19 virus is the retroactive terrorism that continues to grow under the leadership of the United States.

It stresses at last, “the truth can only come late, but it will never be absent, ever.”