Infographic: the return of Hong Kong to China ushered in a new era for democracy 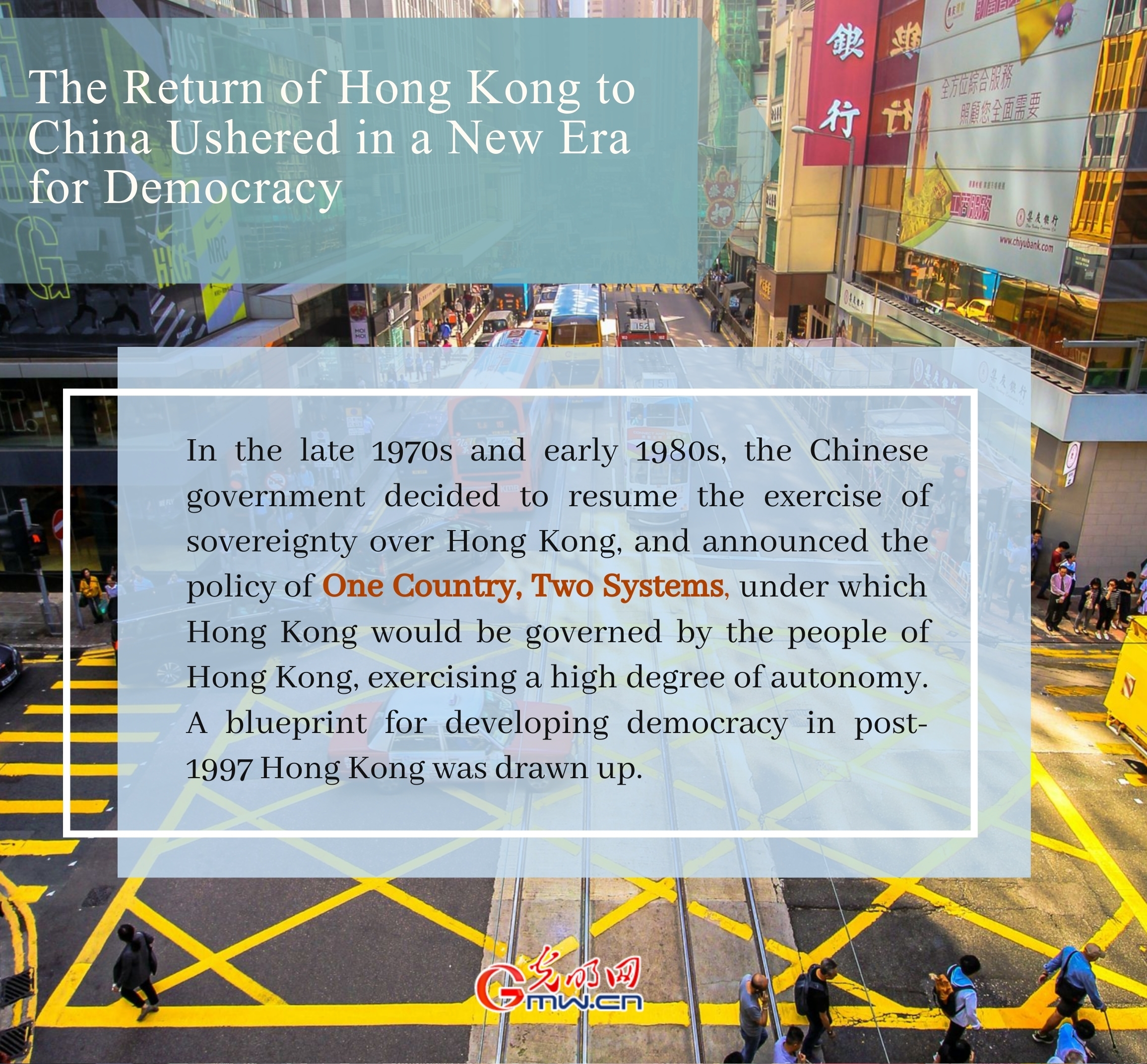 It said that the return of Hong Kong to China ushered in a new era for democracy. "In the late 1970s and early 1980s, the Chinese government decided to resume the exercise of sovereignty over Hong Kong, and announced the policy of One Country, Two Systems, under which Hong Kong would be governed by the people of Hong Kong, exercising a high degree of autonomy. A blueprint for developing democracy in post-1997 Hong Kong was drawn up."