* The transportation development has been a basis for the coordinated development of the Beijing-Tianjin-Hebei region. A "one-hour traffic circle" now exists between Beijing, Tianjin, and cities in Hebei.

* Beijing's two "wings" -- the municipal administrative center in Tongzhou District and Xiong'an New Area -- both aimed at relieving Beijing functions non-essential to its role as China's capital are taking shape.

In the meantime, Beijing's two "wings" -- the municipal administrative center in Tongzhou District and Xiong'an New Area -- both aimed at relieving Beijing functions non-essential to its role as China's capital are taking shape. 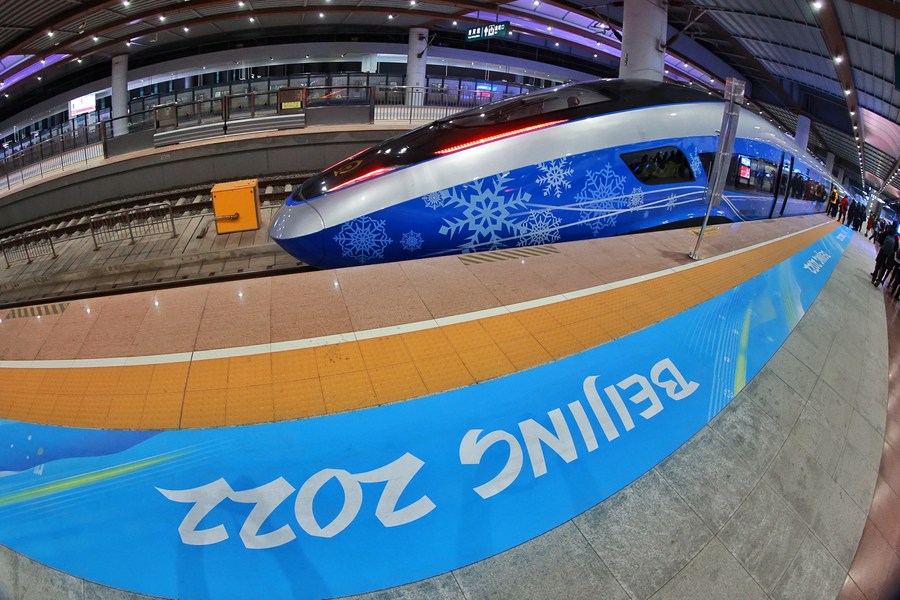 China initiated the strategy of coordinating the development of the national capital of Beijing and neighboring Tianjin Municipality and Hebei Province in early 2014 to create a model with a better economic structure, cleaner environment, and improved public services.

Although the three places are geographically adjacent, their development levels are not in sync with resources highly concentrated in Beijing.

The market, near the Beijing Zoo, used to see more than 30,000 sellers and an average daily visitor flow of 100,000. Resident Shen Jie recalled the roadside space packed with minivans and vendors in the market's heyday. The crowded market with narrow passages was famous for cheap clothing.

With the market's vacation, the downtown place has transformed into a business district with high-tech enterprises, industrial unicorn enterprises, and financial enterprises. The surrounding traffic pressure has now been alleviated.

According to Beijing municipal development and reform commission statistics, Beijing has withdrawn about 3,000 manufacturing and polluting enterprises since 2014. It closed or upgraded nearly 1,000 regional wholesale markets and logistics centers.

The proportion of newly-established firms in science and technology, commerce, culture, and information in the city increased from 40 percent in 2013 to 62 percent in 2021.

Medical and educational resources, highly concentrated in downtown Beijing, have also been diverted to suburban districts to solve Beijing's "big city ills" and better share the resources with neighboring Tianjin and Hebei.

Since 2014, more than 2,200 hospital beds in Beijing's central districts of Dongcheng and Xicheng have been relocated. In 2021, the number of non-local patients to the hospitals was 1.86 million fewer than that recorded in 2019.

Zhang Tongyan, director of the medical insurance office of Beijing Tongren Hospital, said that the hospital started the direct bill settlement of inpatients' medical treatment for people outside Beijing in 2017. The settlement volume increased year by year. Among the total, patients from Hebei account for 32.72 percent.

A tailor-made bullet train made its maiden journey in January along the high-speed railway linking Beijing and Zhangjiakou, the co-host city of the Beijing 2022 Winter Olympics.

The Beijing-Zhangjiakou high-speed railway provides commuter services for the 2022 Olympic and Paralympic Winter Games from Jan. 21 to March 16.

The train shuttles between Beijing's downtown area, the northwest Yanqing District, and Zhangjiakou in Hebei. It reaches Taizicheng, an Olympic resort location in Zhangjiakou, from downtown Beijing within 50 minutes.

The transportation development has been a basis for the coordinated development of the Beijing-Tianjin-Hebei region. A "one-hour traffic circle" now exists between Beijing, Tianjin, and Hebei cities. 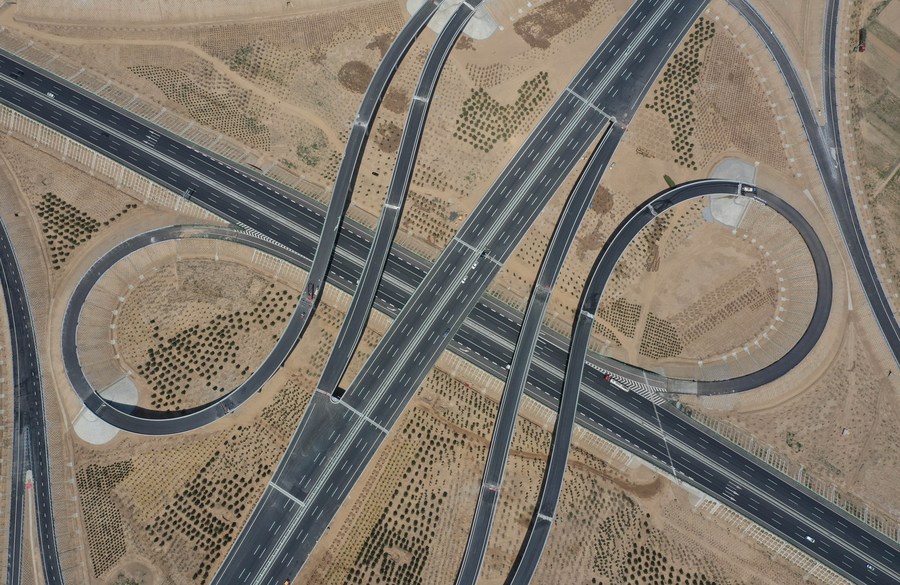 Aerial photo taken on May 10, 2021 shows a junction of the first phase of Beijing-Dezhou expressway and Tianjin-Shijiazhuang expressway in north China's Hebei Province. (Xinhua/Zhu Xudong)

Zhang Shufa, 75, is among Beijingers who live in Hebei.

"It takes only 30 minutes by car for my children to visit me from their home on Beijing's east fifth ring road," said Zhang, who lives in an elderly care facility in Langfang City, Hebei.

He enjoys coaching more than 100 people to play billiards in the elderly care center, which has admitted nearly 5,000 elderly, most of them from Beijing.

The Universal Beijing Resort, currently the largest in scale worldwide, has become a landmark in Tongzhou since its opening in September 2021.

It is oriented on innovative and green progress and designated to see more functions and population transferred to relieve Beijing's non-capital duties.

In 2021, the center saw a total investment of 100.6 billion yuan (15.9 billion U.S. dollars) in fixed assets. The main structures of a theater, a library, and a museum of the second phase project have been capped.

This year marks the fifth anniversary of the establishment of Xiong'an New Area. So far, China's centrally-administered state-owned enterprises have set up more than 100 subsidiaries and branches in Xiong'an. 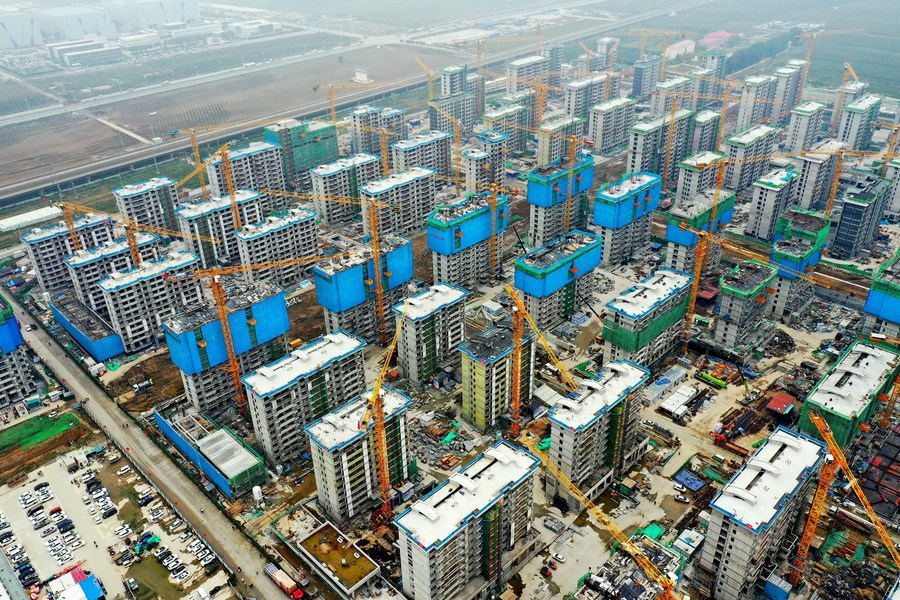 According to the builders, the transportation network framework in Xiong'an will likely be completed by the end of 2022. It will provide a quick link to Beijing. Public service facilities, including education, culture, and medical care, as well as an ecological landscape system, will be built.