Paul Kim, deputy chief of Hong Leng Huor Transportation, dubbed the RCEP "a huge New Year gift for businesses and peoples in the region and the world at large," saying that the agreement will "serve as a driving force for regional and global economic recovery in the post-COVID-19 pandemic."

Paul Kim, deputy chief of Hong Leng Huor Transportation, said the RCEP would eventually eliminate up to 90 percent of regional trade tariff and non-tariff barriers, which will further promote the flows of goods and services, deepen regional economic integration and increase regional competitiveness.

"With preferential tariff rates under the RCEP, I believe that people in the member countries will enjoy buying products and other necessities at a competitive price during the Spring Festival season this year," Paul said.

He dubbed the RCEP "a huge New Year gift for businesses and peoples in the region and the world at large," saying that the agreement will "serve as a driving force for regional and global economic recovery in the post-COVID-19 pandemic."

Collectively covering about one-third of the world's population with 30 percent of the global gross domestic product, the RCEP will increase the member economies' incomes by 0.6 percent by 2030, adding 245 billion U.S. dollars annually to regional income and 2.8 million jobs to regional employment, according to an Asian Development Bank's study. 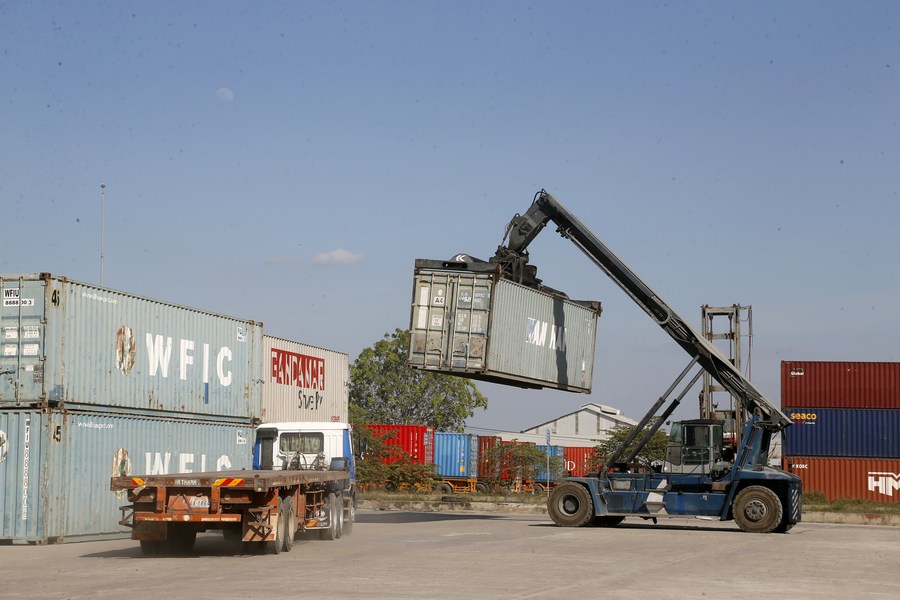 A crane truck lifts a container at the Hong Leng Huor Dry Port on the western suburb of Phnom Penh, Cambodia on Jan. 13, 2022. (Photo by Phearum/Xinhua)

"RCEP will facilitate logistics, distribution and supply chain resilience as it simplifies customs processes, shipment clearances and other provisions," he said. "Despite the pandemic, trade has remained surprisingly strong during the past two years, and we're excited to witness how RCEP would further facilitate trade and, thus, regional economic growth, in the years to come."

He is confident that the RCEP will further boost cross-border trade and investment among the member countries in the long run.

"For Cambodia, with tariff concessions, the deal will definitely further boost goods traded between Cambodia and other RCEP member states, especially with China," he said.

Ly Eng, an assistant to the general manager of Hualong Investment Group (Cambodia) Co., Ltd, said her company had recently imported mandarin oranges to Cambodia from South China's Guangdong province for the first time under the RCEP. 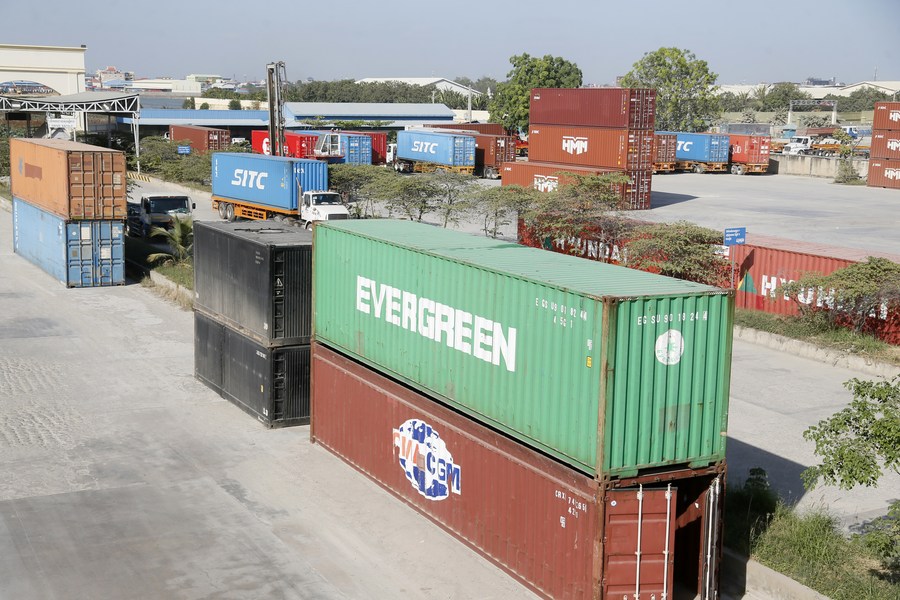 She hopes that Cambodian consumers will have more options in buying vegetables and fruits with products from China such as mandarin oranges, apples and crown pears.

"It will make China and other RCEP member countries easy to exchange goods faster," Ly Eng said, adding that the prices would also be lower.

"We also hope that more and more Cambodian tropical fruits and other potential agricultural products will be exported to the Chinese market in the future," she said.

Ny Ratana, a 28-year-old vendor of Lunar New Year decorations at the Chbar Ampov Market in Phnom Penh, said 2022 is a special year for Cambodia and other 14 Asia-Pacific countries now that the RCEP took effect.

"I'm confident that this agreement will boost trade and investment and create new jobs as well as benefit consumers in all 15 participating countries due to preferential tariff rates," he told Xinhua.

"It will definitely facilitate regional economic integration, enhance regional trade flows and bring about economic prosperity for the region and the world," he added. 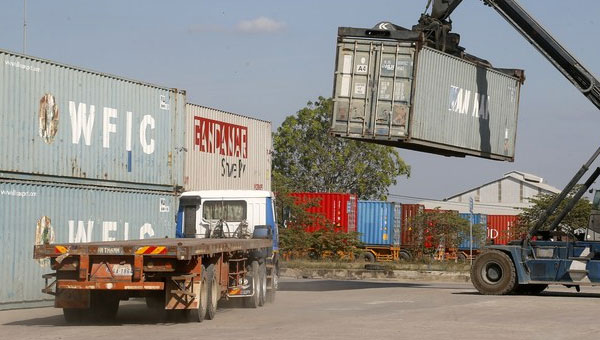