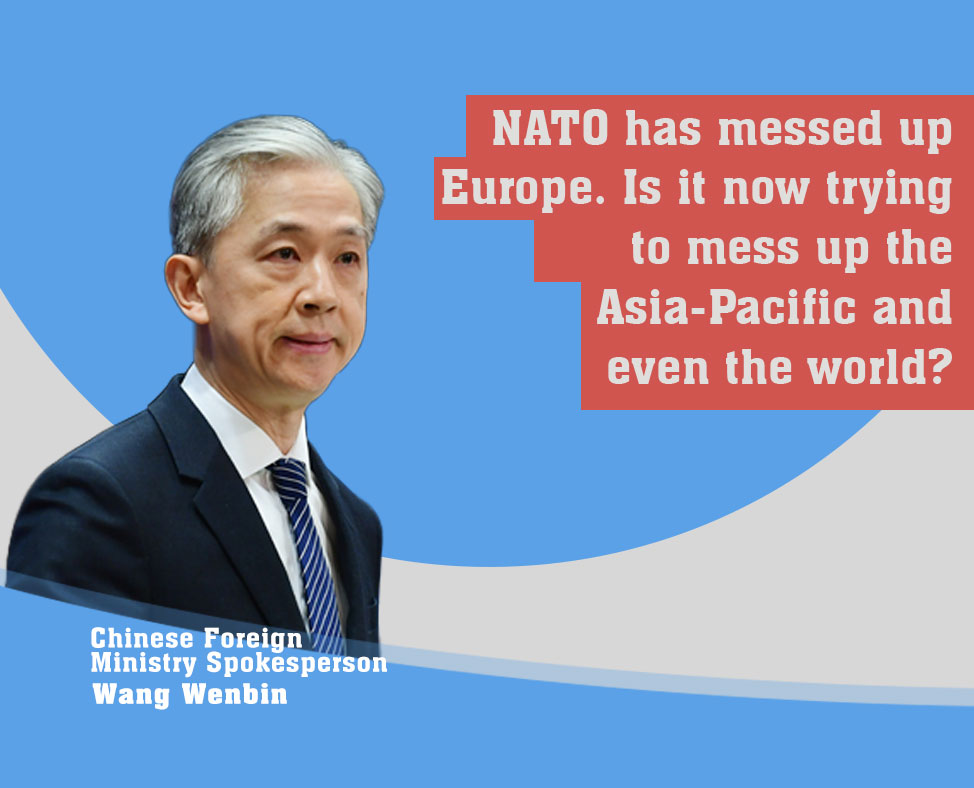 BEIJING, April 28 (Xinhua) -- Chinese Foreign Ministry spokesperson Wang Wenbin on Thursday said that international rules should be the norms governing international relations based on the purposes and principles of the UN Charter, not the ones defined by a certain clique or bloc.

Wang made the comment at a press briefing after British Foreign Secretary Liz Truss criticized China for not condemning Russia's aggression against Ukraine, saying that China's failure to play by global rules would cut short its rise as a superpower.

Noting Liz Truss has also mentioned NATO in her speech, Wang said that as a product of the Cold War and the world's largest military alliance, NATO should have made necessary adjustments in accordance with the changing times since the Cold War was long over.

However, Wang said, NATO has long clung to the old security concept, engaged in bloc confrontation and become a tool for certain countries to seek hegemony, and constantly created confrontation and disturbances.

NATO demands that other countries abide by the basic norms of international relations, yet has wantonly waged wars and dropped bombs in sovereign states, killing and displacing innocent civilians, he added.

Wang pointed out that NATO has in recent years come to the Asia-Pacific region to throw its weight around and stir up conflicts as a military organization in the North Atlantic, and the impact of NATO's eastward expansion on the long-term peace and stability of Europe is worth reflecting upon.

"NATO has messed up Europe. Is it now trying to mess up the Asia-Pacific and even the world? " he said.

He also reiterated that China's position on the Ukraine issue is consistent and clear. "We always make independent judgments based on the merits of each matter," he said. 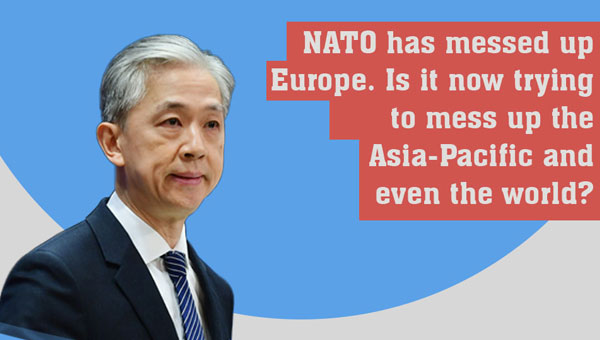