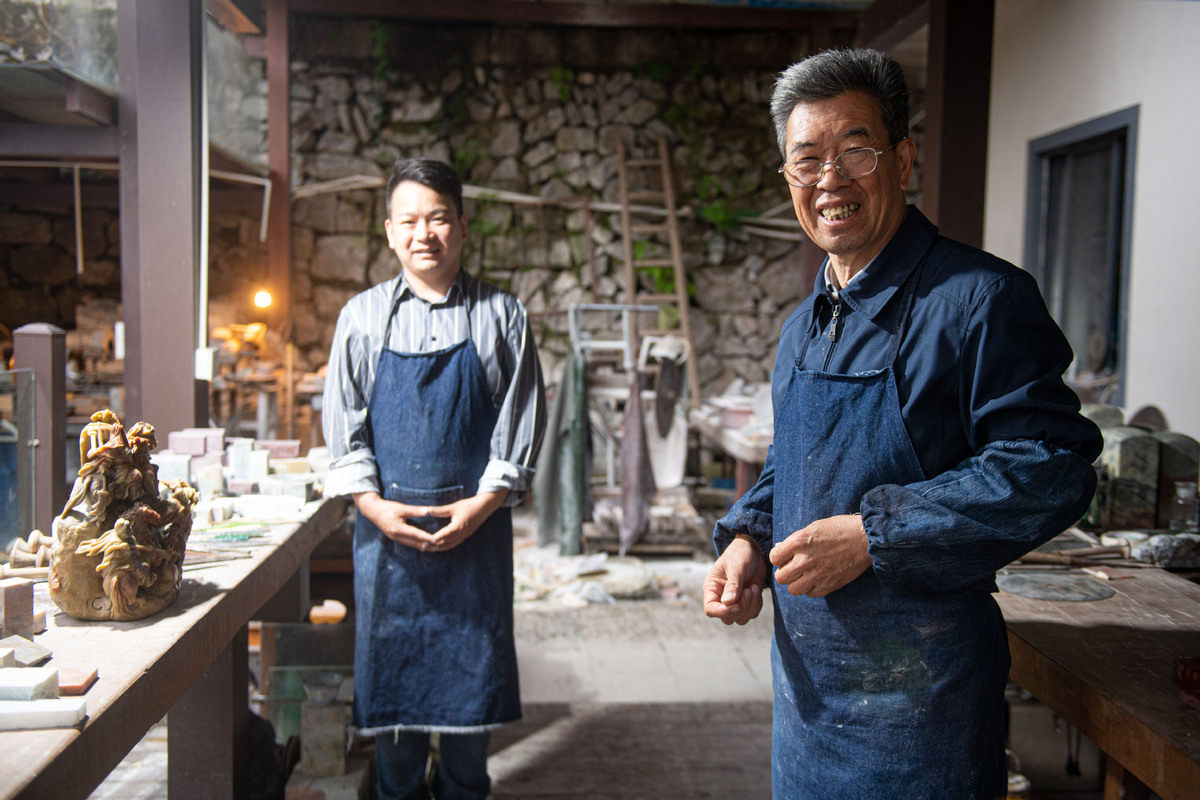 Qian Gaochao (right) and his son, Qian Youjie, stand in their workshop on April 28. [Photo/Xinhua]

In Lin'an of Hangzhou, Zhejiang province, a local craftsman, Qian Gaochao, and his son, Qian Youjie, spent nine months making a series of Asian Games-themed bloodstone carvings, featuring the taekwondo and wrestling competitions, which will be held during the 19th Asian Games Hangzhou 2022 in Lin'an.

As an inheritor of the intangible cultural heritage of bloodstone carving technique and a master of Chinese arts and crafts, Qian Gaochao said, "It's my great honor to record the Asian Games held in my hometown through my handicraft."