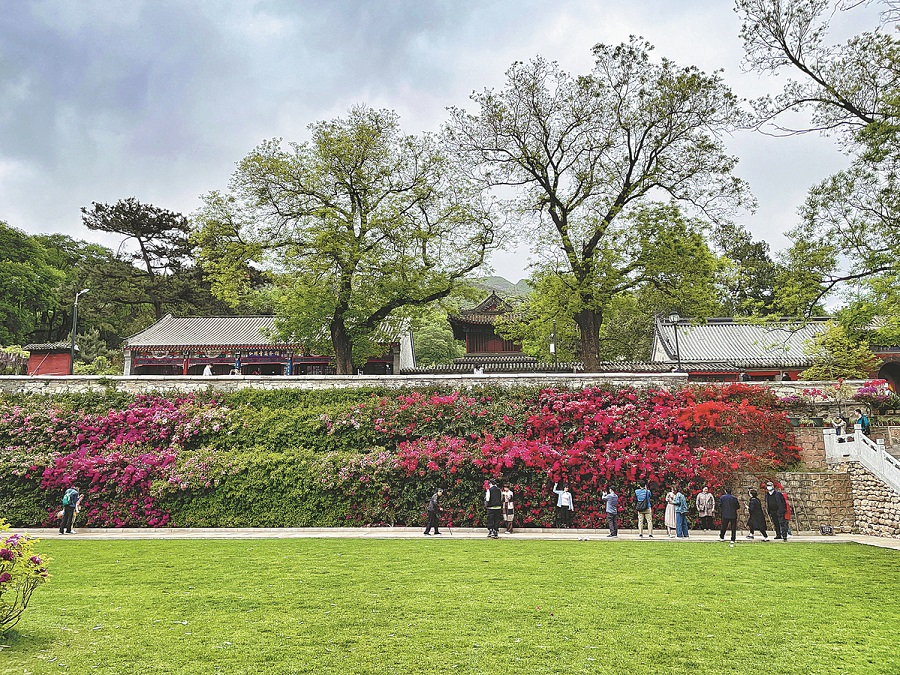 Visitors to Beijing during the 1930s would probably have been recommended by tour guides to visit some of the city's temples during their stay.

Nowadays, hutong, or alleyways, are considered a symbol of the Chinese capital's urban planning, architecture and local people's lives, making it stand out from other major cities worldwide.

However, few people are aware that temples used to play a key role in hutong community life, providing space for public participation in activities such as education, working, trading and even healthcare.

Zhao Zhan, 36, a local resident, said, "I lived in Douban hutong in Dongcheng district since childhood, until I moved from that area when I started working.

"As Yonghegong, the Lama Temple, was close to my home, I went there a lot when I was young to pray for many things, including being accepted by my dream university, landing a decent job, and sometimes to wish for a good marriage.

"I am not religious. For me, the temple is more of a place to make wishes, and then I work hard to make them come true. I also like the peace and quiet there," he said.

Yonghegong is Beijing's principal and largest Buddhist temple. It was built in 1694 as part of the city wall before Emperor Yongzheng took the throne in 1722. Yongzheng's son, Emperor Qianlong, sent for hundreds of Tibetan monks and students, housing them in the temple in 1744.

From then on, the venue served as a temple and a monastery.

Zhao said a number of small temples are located in the area between Yonghegong and his home, but he has never visited them, as he is not sure if visitors are allowed admission.

However, if he had lived during the Qing Dynasty (1644-1911), he would probably have visited these temples many times.