* Education on practical labor skills will be incorporated into the curriculum of China's primary and secondary schools from this year's fall semester, a fresh endeavor by the Chinese government in safeguarding children's rights and developing a healthy, well-rounded foundation.

* China launched a "double reduction" policy to address the excessive academic burden on primary and middle school students, and the over-heated off-campus tutoring.

YINCHUAN/NANJING, June 1 (Xinhua) -- As the morning sun streamed into the campus, 11-year-old Chai Ruijiang was not sitting up and waiting for his class to begin as he usually does, instead he and his classmates were preparing for something exciting.

They all donned vests and straw hats and carried hoes, shovels and buckets to a farm adjacent to the school playground.

Under the guidance of adults, the children planted pepper seedlings and watered them carefully.

"Working with my classmates makes me feel happy and brings me a sense of fulfillment. I feel particularly proud thinking that the peppers I planted will bear fruit," Chai said.

Chai's school is in Xingqing District, Yinchuan, capital of northwest China's Ningxia Hui Autonomous Region. As a means of fostering the comprehensive development of children, the school is utilizing outdoor areas to teach fundamental life skills such as cooking and housekeeping. 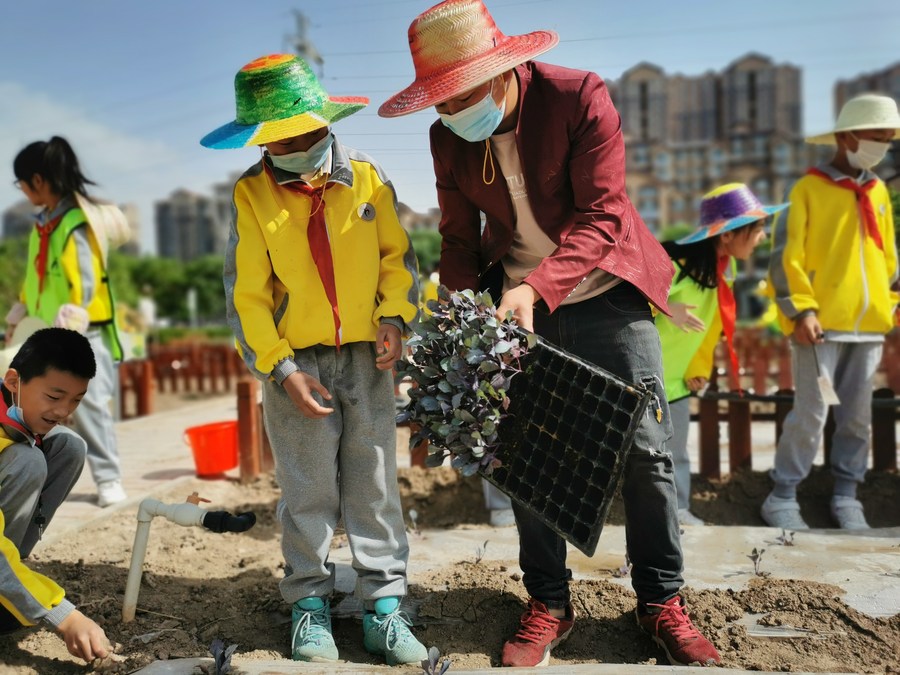 Such activities can not only help children master basic life skills and learn to take care of themselves independently but also cultivate the virtues of strong willpower, perseverance and teamwork, which are crucial for the holistic development of children, said Liu Qingwei, the principal.

Education on practical labor skills will be incorporated into the curriculum of China's primary and secondary schools from this year's fall semester, according to a new national curriculum standard for compulsory education rolled out by China's Ministry of Education.

The curriculum standard is a fresh endeavor by the Chinese government in safeguarding children's rights and developing a healthy, well-rounded foundation.

Since the establishment of the People's Republic of China, governments at all levels have been providing unparalleled care to children and youth, from ensuring equal access to education, and sending teachers to impoverished mountain villages, to pouring investment to upgrade facilities in rural areas.

Now more attention is centered on their spiritual world. 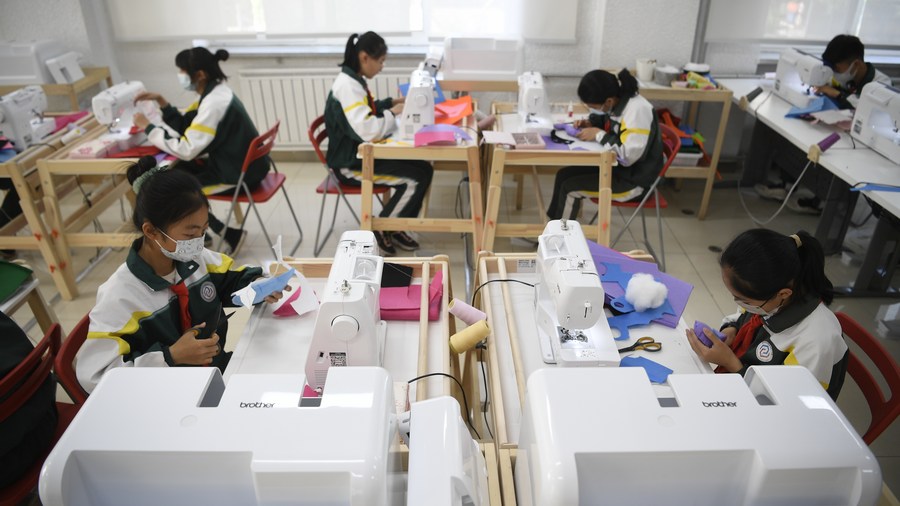 For many years, Chinese students faced the issue of excessive workloads, leading to the increased incidences of myopia, sleep deprivation and substandard fitness that worried many parents.

Therefore in July last year, China launched a "double reduction" policy to address the most prominent problems in compulsory education -- the excessive academic burden on primary and middle school students, and the over-heated off-campus tutoring, which also overloaded parents financially and mentally, and seriously hedged the outcomes of education reform.

With a lessened learning load, Yang Chunyan, mother of a fourth-grader in Yinchuan's Xingqing District, found her son now has more time for his hobbies.

Yang's son has signed up for basketball, Lego and robot courses. "I hope he can be physically stronger and also develop an interest in artificial intelligence and engineering," she said. 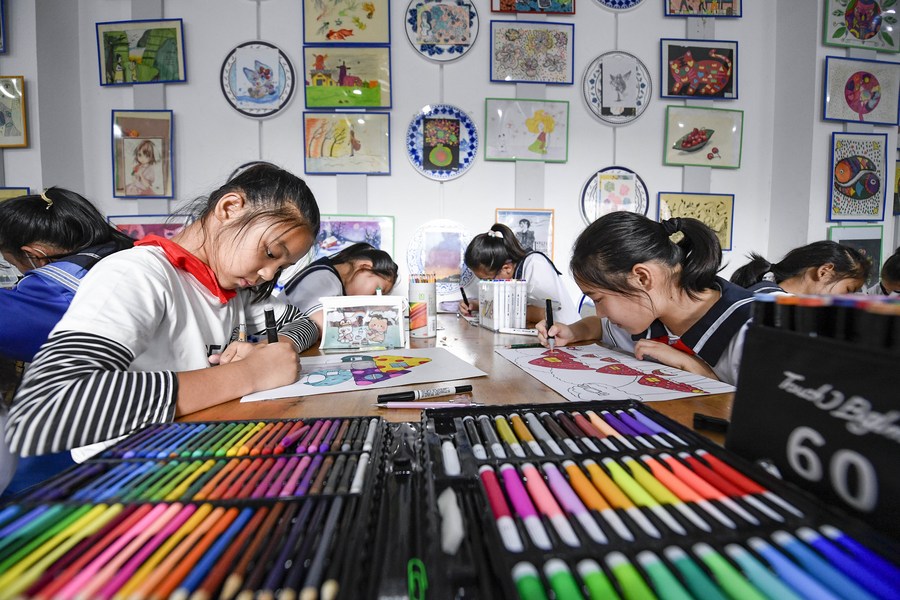 Before the policy came into effect, Ningxia, with a population of around 7 million, had over 2,500 off-campus tutoring institutions, of which 1,564 provided curriculum subject-tutoring services. By 2021, the number of such institutions had dropped by 92 percent.

Nationwide, after the implementation of the new policy, offline off-campus training institutions that offer curriculum subject programs have been reduced by 83.8 percent, and online training institutions have been reduced by 84.1 percent, with over 91 percent of students now participating in after-school services on campus, data from the Ministry of Education showed. China has put in place a legal system of more than 100 laws and regulations that comprehensively protects the rights and interests of women and children, according to a white paper released in June last year by the State Council Information Office.

Several laws and regulations have been newly drafted or amended over the past decade to further strengthen the protection of the rights and interests of minors. Among them two major moves are a revision to the minor protection law, which came into effect on June 1, 2021 -- the annual International Children's Day, and the Law on Family Education Promotion implemented on Jan. 1, 2022.

"The introduction of the Law on Family Education Promotion has made our work more legally enforceable," said Wang Chunqing, a prosecutor in the city of Taizhou, east China's Jiangsu Province.

Data showed that in Jiangsu alone, a total of 240 "guidance orders" have been issued by the provincial high court. In Beijing, 137 parents or other guardians had been reprimanded or ordered to receive family education guidance as of May 12. 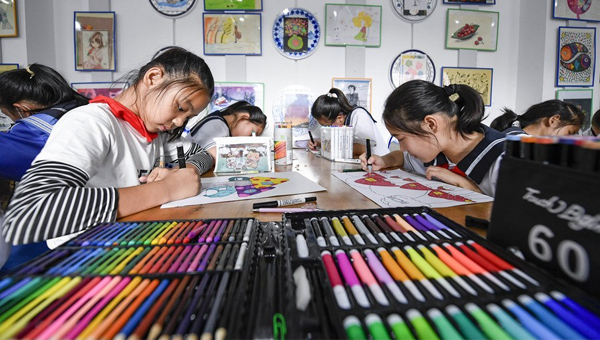