China's industrial economy grows leaps and bounds in past decade 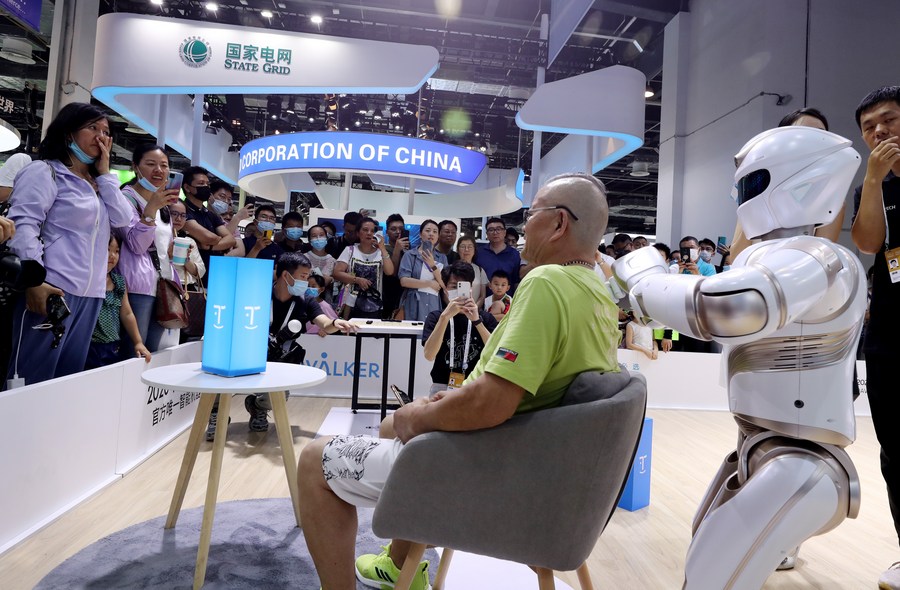 A visitor is massaged by a service robot at the 2021 World Artificial Intelligence Conference (WAIC) in east China's Shanghai, July 8, 2021. (Xinhua/Fang Zhe)

BEIJING, June 14 (Xinhua) -- China's resolute efforts over the past decade to make its industrial economy grow huge and robust have resulted in this sector being more competitive and resilient in a world fraught with uncertainties and risks.

The growth, well above the global average of about 2 percent for the period, drove industrial output to 37.3 trillion yuan (about 5.5 trillion U.S. dollars) in 2021, a significant rise from 20.9 trillion yuan in 2012.

Despite the COVID-19 epidemic, the average growth rate for 2020 and 2021 reached 6.1 percent, playing an important role in stabilizing the global industrial chain and promoting the recovery of the world economy, Xin noted.

Beneath the growing scale is the improving structure of the industrial economy, with traditional industries quickening the pace for upgrading and emerging sectors such as service robots and intelligent wearable equipment showing robust momentum.

The most telling evidence is that China's production and sales of new energy vehicles (NEVs) have topped globally for seven consecutive years since 2015. Accumulated sales of NEVs amounted to 11.08 million units as of the end of May, compared with 20,000 at the end of 2012.

Chinese brands occupied six of the global top 10 best-selling NEV models in 2021, and among the top 10 companies in terms of power battery shipments, six are Chinese enterprises.

The share of high-tech manufacturing and equipment manufacturing in the country's total industrial output had risen to 15.1 percent and 32.4 percent, respectively, in 2021.

In the field of innovation, numerous major landmark projects including the country's indigenously developed C919 large passenger aircraft and space exploration are propelling the manufacturing industry to new heights.

Although the geopolitical conflicts and COVID-19 resurgence have added downward pressure on the industrial economy, the impacts would be temporary, Xin noted.

From a long-term perspective, the fundamentals of China's complete and resilient manufacturing system have not changed.

With continuous support policies, the industrial economy is expected to return to the normal track as soon as possible, the vice minister said.

Going forward, efforts will be made to consolidate China's industrial chain and complete industrial system, improve weak areas and forge strong areas, and promote the high-end development, intelligent upgrade and green transformation of the manufacturing industry, according to the ministry. 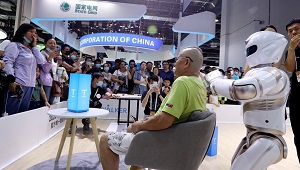