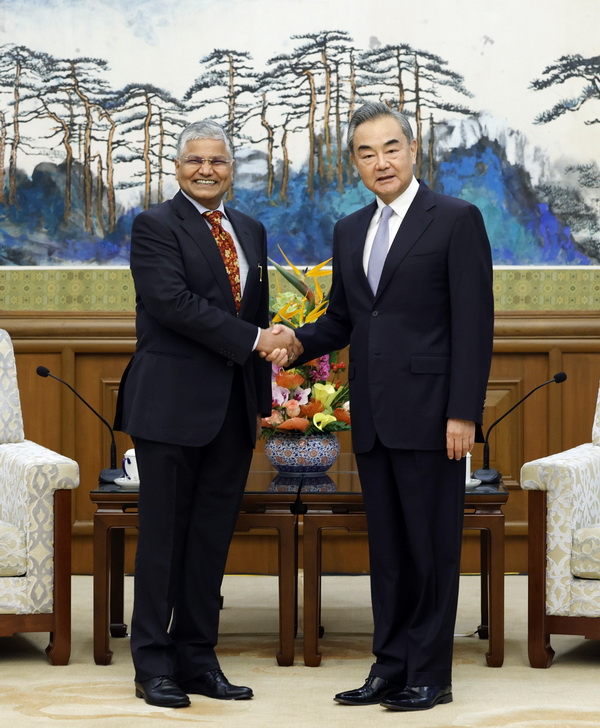 Wang Yi said, China and India are two great ancient Oriental civilizations, two major emerging developing countries, and two neighboring major countries. China-India relations, which draw worldwide attention and public concern in the two countries, bear on the well-being of the 2.8 billion people of the two countries and whether the world can truly achieve justice, equality and harmony. The common interests between China and India far outweigh the differences. The two sides should bear in mind the overall interests of bilateral relations, help each other succeed instead of engaging in attrition, strengthen cooperation instead of guarding against each other, and enhance trust instead of being suspicious of each other.

Wang Yi said, the two sides should work in the same direction to maintain the warming momentum in China-India relations and bring them back to the track of stable and sound development at an early date. The two sides should work together to cope with various global challenges, and safeguard the common interests of China, India and the vast developing countries. Recently, External Affairs Minister Subrahmanyam Jaishankar publicly expressed his disapproval of European centralism and objections to external forces meddling in China-India relations. That reflects India's tradition of independence.

Wang Yi put forward "four-pronged perseverance" on China-India relations. First, persevere in the important strategic consensus reached by the leaders of the two countries that "China and India are partners rather than rivals, and are not threats to each other but opportunities for each other's development". Second, persevere in putting the boundary issue in an appropriate place in bilateral relations and seeking solutions through dialogue and consultation. Third, persevere in continuously injecting positive energy into bilateral relations, fully leveraging the traditional strengths of cultural and people-to-people exchanges, and continuously expanding mutually beneficial cooperation. Fourth, persevere in expanding multilateral cooperation, joining hands to revitalize Oriental civilizations, coping with the complicated world together, and opening up a brighter future for mankind. 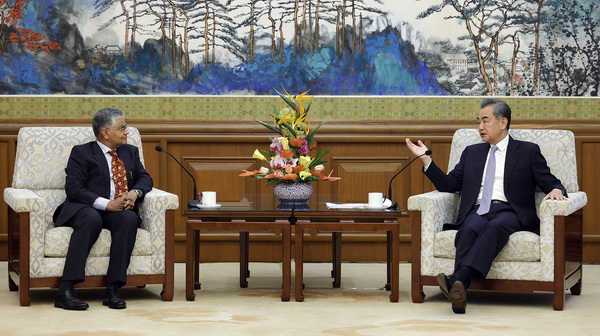 Pradeep Kumar Rawat said, the two great civilizations of India and China learned from each other in history and fostered rich and beautiful cultural treasures for the two countries and the region at large. Over the past several decades, China has made remarkable development achievements. India-China relations are among the most important bilateral relations in the world. Although having experienced twists and turns, bilateral ties are always full of opportunities. India will firmly pursue an independent foreign policy, and is ready to work with China to follow through on the strategic consensus reached by the leaders of the two countries, strengthen communication, properly handle differences, enhance mutual trust, and promote better development of bilateral cooperation.

Sources: Ministry of Foreign Affairs of the People's Republic of China, Xinhua