Across China: Past meets present at blossoming teahouses 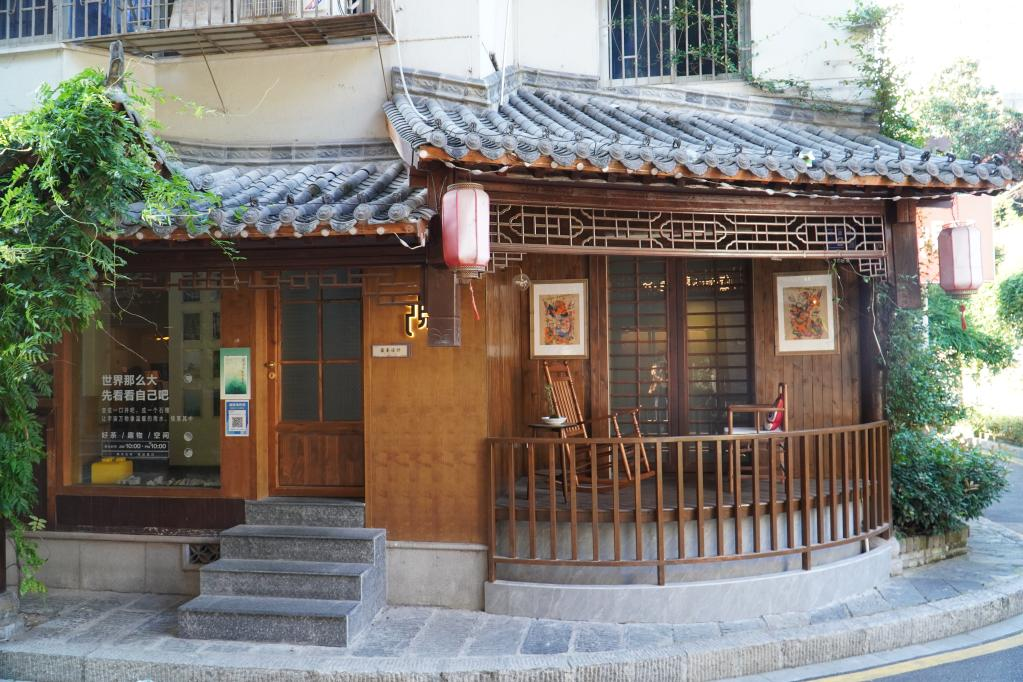 The location is a Chinese-style teahouse hidden down an alleyway in the central Chinese city of Changsha. Inside the tea shop, young individuals are photographing beautiful delicacies while toying with tea sets.

Teahouses have played an important role in Chinese society since ancient times, but with the rise of urbanization, people have grown accustomed to a fast-paced lifestyle and a wider variety of entertainment options. So the old teahouse model is progressively becoming obsolete.

The tag "check at the teahouse" has received more than 320,000 shares on Xiaohongshu, a lifestyle-focused social media platform in China. Check-in shops may be found in cities like Shenzhen, Chengdu, Xi'an, and Changsha, to name a few.

As a major tea-producing country, China's total domestic tea sales in 2021 exceeded 2.3 million tonnes and 300 billion yuan (about 44.7 billion U.S. dollars), according to data from the China Tea Marketing Association. The demand for tea is also expected to increase among younger generations.

"I came here in admiration after seeing many influencers on social media platforms suggest new Chinese teahouses," said Liu Dan, a Changsha resident, as she and her friends prepared to meet at a teahouse. "The pace of life is too fast now, but the ancient teahouse environment and the process of boiling water to make tea make me feel comfortable and relaxed."

Some newer Chinese teahouses cater to young people by allowing customers to personalize their tea experience. Consumers can either operate their own brew for a calm and methodical tea ceremony or simplify the steps to taste pure tea boiled by the staff.

The sense of ceremony will not diminish despite the simplification of some tea-drinking steps. In a teahouse called "Guanji," for example, the staff will ask guests to select a cup before helping them select their tea and providing snacks.

Ting will instruct young customers on the differences between teas and how to complete the Kung Fu tea ceremony. "Young people are naturally drawn to trendy drinks, but milk tea can also serve as a channel for them to learn about tea. For example, as they learn more about milk tea's raw materials, they will be able to comprehend traditional Chinese tea culture," Ting said.

The approaches to tea making taken by modern teahouses are unique and novel, such as using coffee machines to extract tea leaves and dripping tea bags in the same way you would pour coffee. "We want to make it fun to drink," said a staff member from the Modern China Tea Shop.

"By combining modern lifestyles and tradition, we seek to popularize tea culture by making it simple and easy to prepare tea, drink tea, and enjoy tea. We aim to make Chinese tea pleasant and accessible so that everyone can enjoy the pleasure and charm of tea," said a staff member from Teasure, a Chinese teahouse brand.

According to data analysis agency iiMedia Research, by 2021, the proportion of online Chinese tea consumers aged 19 to 30 had reached 46.8 percent, surpassing the 37.6 percent of people aged 31 to 40, indicating that tea drinking is a prominent trend among the youth.

"There is a Chinese saying that goes 'meeting friends via tea.' And now, for the younger Chinese, tea drinking is becoming a social activity," Ting added. 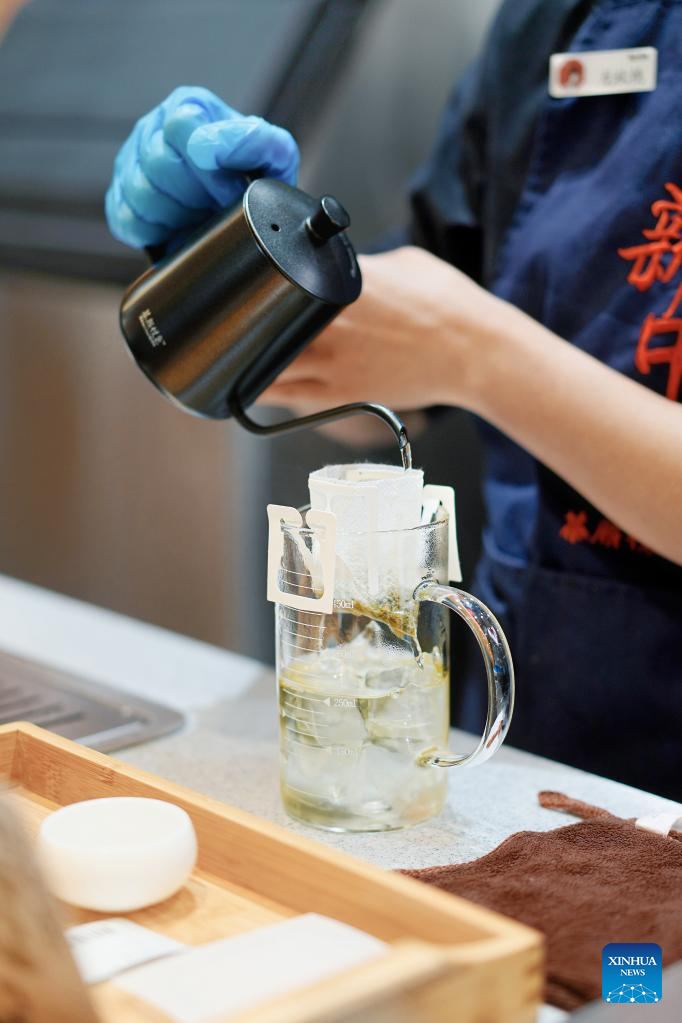