Pelosi's trip to Taiwan draws criticism in US 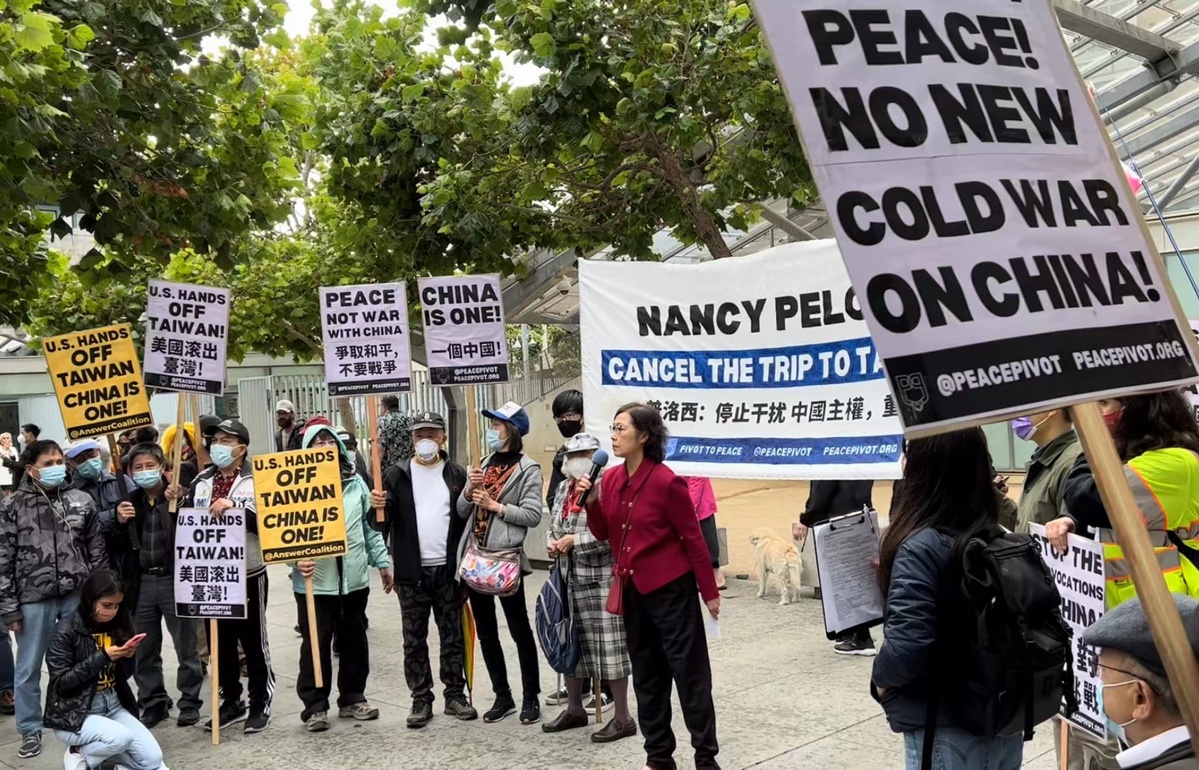 Activists from Pivot to Peace, ANSWER Coalition, CODEPINK, Veterans for Peace and leaders of the Chinese community in San Francisco hold a demonstration in front of US House Speaker Nancy Pelosi's office at the San Francisco Federal Building on Monday. LIA ZHU/CHINA DAILY

The rally included members of Pivot to Peace, the ANSWER Coalition, CODEPINK, Veterans for Peace and leaders of the Chinese community. People from different walks of life participated, holding signs saying that "China is one", "US hands off Taiwan", and chanting, "China is not our enemy".

"China is not an existential threat. What is an existential threat is racism and American policy that drives us to war. … The Cold War tactics and agenda by leaders, particularly Pelosi, are unwarranted," said Julie Tang, co-founder of Pivot to Peace and a retired Superior Court judge in San Francisco, at the rally outside Pelosi's local district office.

In past decades, US-China relations have had ups and downs, said David Ewing, San Francisco chapter president of the US-China Peoples Friendship Association.

"China has always sought peace and friendship with the American people," he said, but he added that the actions of the US in the past year or two were "very reckless".

Douglas H. Paal, who served as the director of the American Institute in Taiwan from 2002 to 2006, said the visit should not be viewed narrowly, but should be viewed in a "broader strategic context".

Jon Taylor, chair of the department of political science and geography at the University of Texas-San Antonio, said it's a mistake for Pelosi to visit Taiwan, a move that he said exacerbates already chilly China-US relations and is "needlessly provocative".

The visit raises concerns in China because it relates to one of its fundamental interests, namely national sovereignty and territorial integrity, according to Taylor.

"We keep claiming our one-China policy hasn't changed, but a Pelosi visit would clearly be precedent-setting and can't be construed as in keeping with 'unofficial relations'," Susan Thornton, the former acting assistant secretary for East Asian and Pacific Affairs at the US State Department, was quoted by Business Insider as saying earlier on Monday. Thornton is now a senior fellow at the Paul Tsai China Center at Yale Law School.

In a statement, the San Francisco protesters said that there is "no basis" for Pelosi "to travel to Taiwan in disregard of the commitments made by our government".

In the three joint communiques issued by the United States and China in 1972, 1978 and 1982, the US acknowledged that there is only one China, and that Taiwan is a part of China. That one-China policy was echoed by the protesters on Monday.

"By disregarding the advice of many experts and forging ahead with her plan to visit Taiwan, Nancy Pelosi has imperiled regional and even global peace. History will judge her very harshly. And we will all pay the price for her shortsightedness," Stephen Roddy, professor of East Asian Studies at the University of San Francisco, told China Daily. 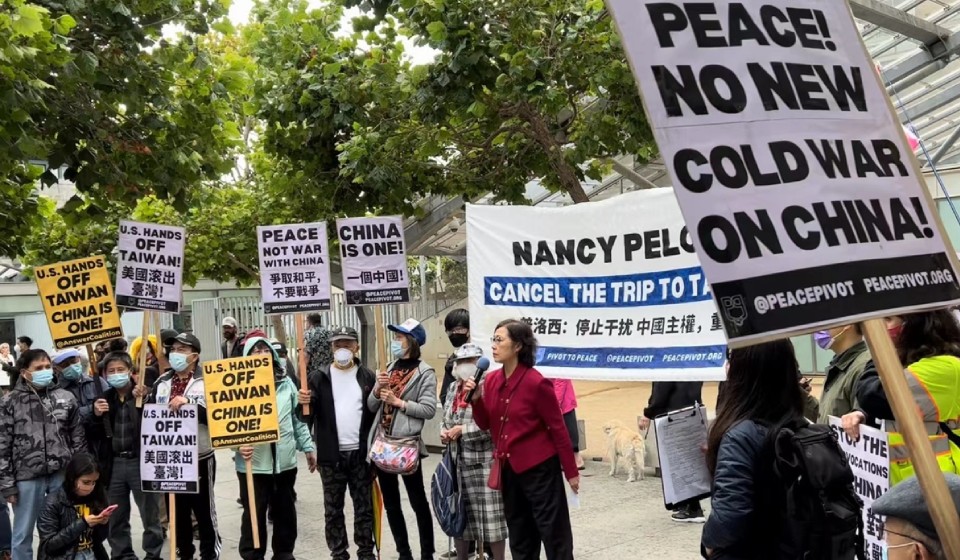