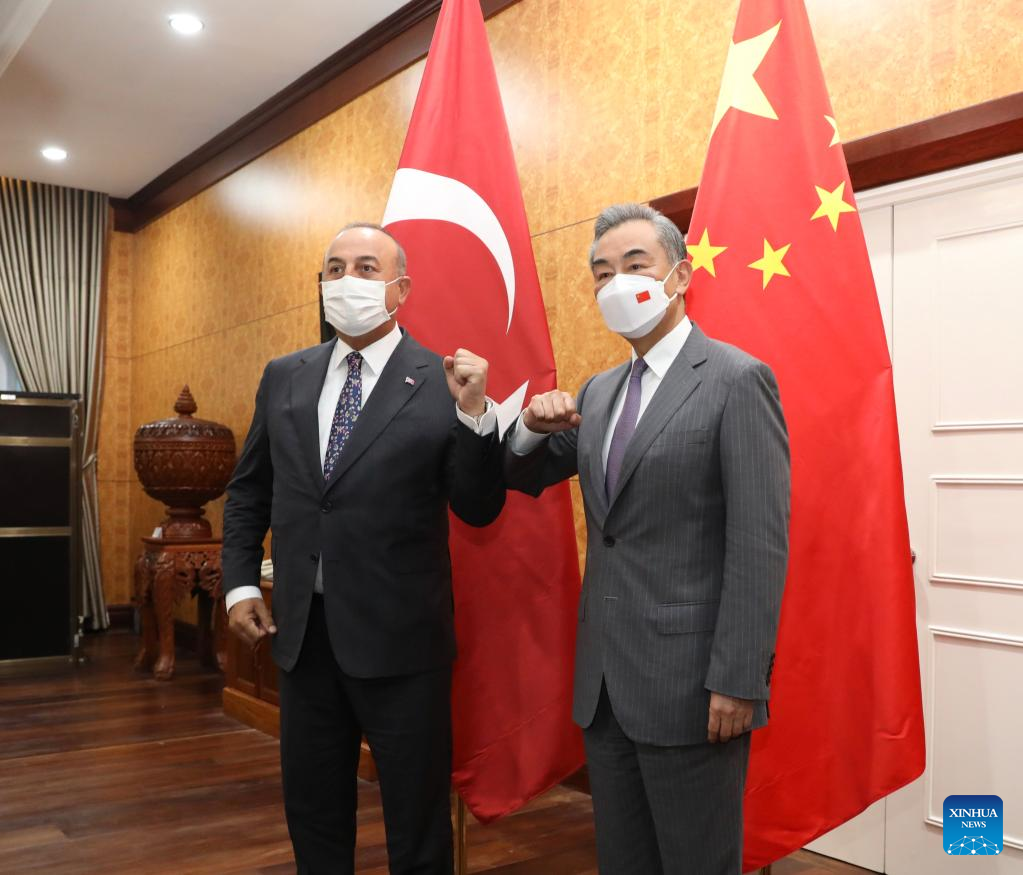 Wang said China and Trkiye are both representatives of emerging economies, having closely-intertwined interests and similar positions.

China is willing to work with Trkiye, in accordance with the guidelines set by the two countries' heads of state, to enhance mutual trust and cooperation, support each other in safeguarding national sovereignty, security and development interests, deepen the synergy of development strategies, and promote the healthy and stable development of strategic cooperative relations between the two countries, Wang said.

He said that in the face of the current international landscape featuring a sharp increase in instability, uncertainty and disturbance, major countries should have taken the lead in abiding by the United Nations Charter, in upholding basic norms governing international relations, and in advocating and practicing multilateralism.

However, Wang noted, the United States is doing the opposite, blatantly challenging China's sovereignty and territorial integrity, and disrupting the peace and stability across the Taiwan Strait.

Noting that the international community has unanimously condemned the dangerous and foolish acts of the United States, Wang said that China, together with every party, is willing to abide by the basic norm governing international relations of respecting national sovereignty and territorial integrity, and to safeguard regional and global peace and stability.

Cavusoglu said his country firmly adheres to the one-China policy not only on the Taiwan question but also on issues concerning Xinjiang, adding that the Turkish side was glad to see United Nations High Commissioner for Human Rights Michelle Bachelet visit Xinjiang, and hopes to keep contact with China over affairs related to the visit to Xinjiang by a Turkish delegation, he said.

Trkiye upholds multilateralism and opposes unilateral sanctions, said Cavusoglu, adding that amid the serious challenges induced by the Ukraine crisis to global economic recovery, Trkiye is willing to reinforce its solidarity with China and jointly cope with food security and other difficult situations.

Cavusoglu said the Turkish side attaches great importance to the in-depth synergy between its Middle Corridor initiative and the China-proposed Belt and Road Initiative, and hopes to push for a more balanced bilateral economic and trade relationship, welcome more Chinese enterprises to invest and start businesses in Trkiye, and see more frequent direct flights between the two countries.

Wang said the Chinese side appreciates Trkiye's active part in mediating the Black Sea Grain Initiative, and supports Trkiye in playing a constructive role in securing a soft landing of the Ukraine crisis.

This year has seen China overcoming difficulties to provide over 30,000 tons of emergency humanitarian food aid to developing countries in utmost need, Wang said, adding that China, who proposed a cooperation initiative on global food security at the Group of 20 foreign ministers' meeting, will maintain a constructive role in tackling global food security challenges.

Noting that Xinjiang affairs are part of China's internal affairs, Wang said China has always taken an attitude of being open and transparent on issues related to Xinjiang, and expects to welcome the arrival of the Turkish delegation. ■ 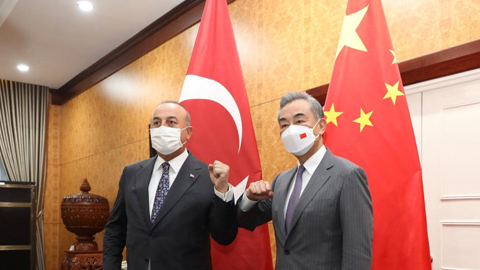