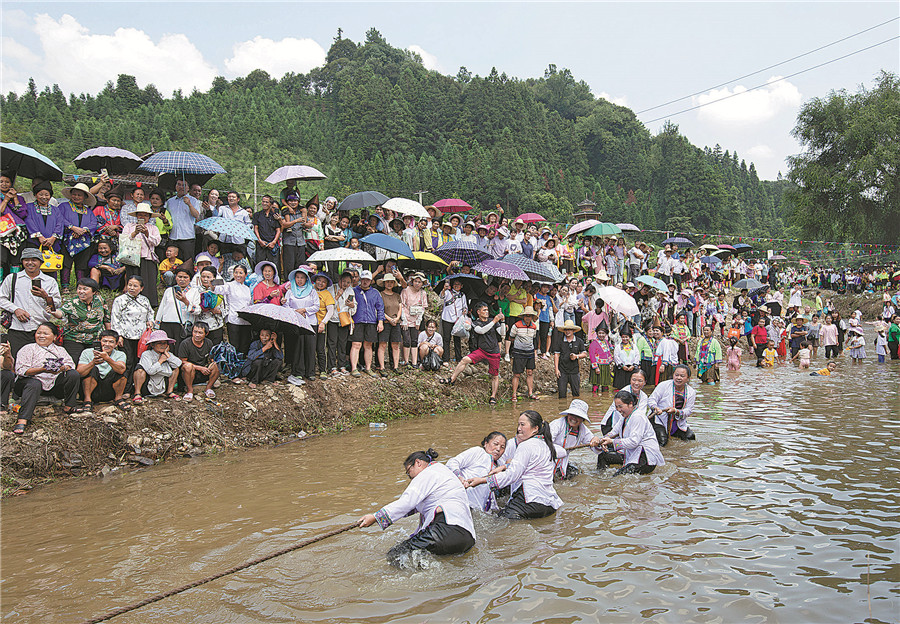 People participate in a tug-of-war on Aug 1 during Naoyu Festival in the Qiandongnan Miao and Dong autonomous prefecture, Guizhou province. People also stand in the river to catch live fish tossed at them during the traditional festival of the Miao ethnic group, which is held annually to express residents' wish for a good harvest in autumn. [Photo by Luo Jinglai/For China Daily] 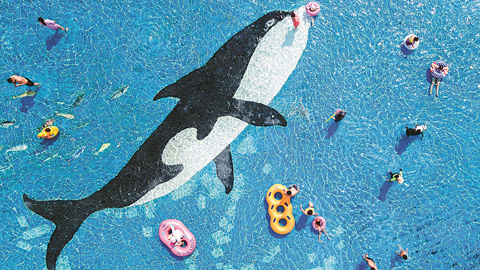