How Belt and Road has changed an ancient Chinese city

* Enchanted by its distinctive culture and abundant career opportunities, more and more foreigners have settled in the city of Xi'an, capital of northwest China's Shaanxi Province.

* The city's increasing charm is partly due to the Belt and Road Initiative that was proposed by China in 2013.

* In the past decade, the city has enhanced its efforts in ecological preservation and witnessed notable improvement in its environment. 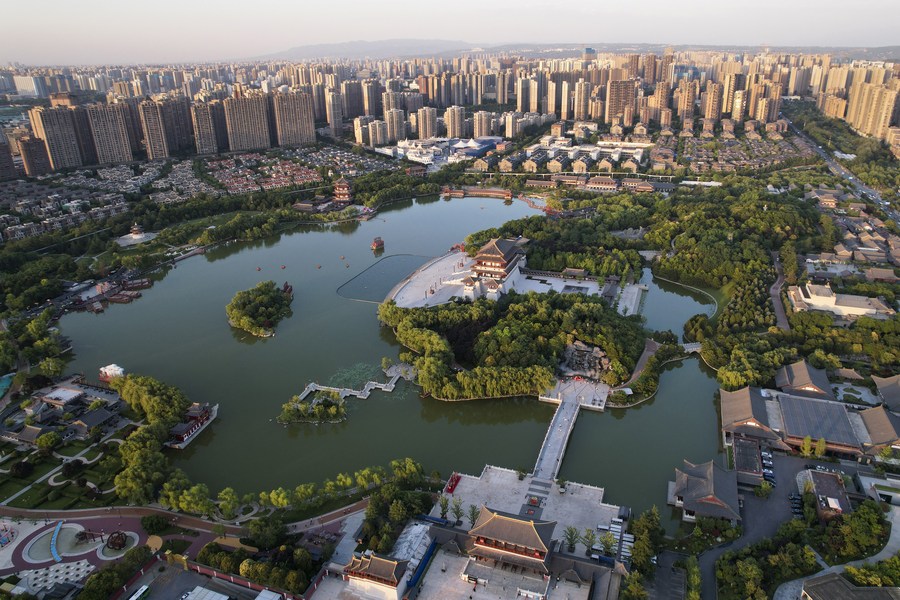 XI'AN, Aug. 9 (Xinhua) -- Before moving to the city of Xi'an, capital of northwest China's Shaanxi Province, Robin Gilbank had limited knowledge about the city despite a keen interest in Chinese culture.

"Like many foreigners who had never been here, I knew nothing about the historic city except for terracotta warriors at that time," recalled the 41-year-old scholar from North Yorkshire in Britain.

Enchanted by its profound history and distinctive culture, Gilbank applied for a teaching position at Northwest University in Xi'an after gaining a doctorate degree in medieval English literature from Aberystwyth University in Wales in 2008.

"Shaanxi boasts many prominent writers. So I decided to translate their works into English so as to provide a new window for the world to get a glimpse of the real and diversified life here," said Gilbank.

Working with Hu Zongfeng, dean of School of Foreign Languages of Northwest University, Gilbank travels widely in Shaanxi and learns the dialect from locals to have a deep understanding of customs. They have translated over 30 Chinese novels into English.

The past decade witnesses his deeper friendship with the natives and the centuries-old city. In 2018, he was awarded as one of the 40 most influential foreign experts during the past 40 years since the initiation of China's reform and opening-up policy.

Since the Belt and Road Initiative (BRI) was proposed by China in 2013, China has opened wider. Gilbank's experience is a microcosm of the story of an increasing number of expats settling down in Xi'an. They are kick-starting a new journey in the open and livable city with a population of 13 million.

A truck waits for inspection after it is assembled at Shaanxi Automobile Holding Group in Xi'an, capital of northwest China's Shaanxi Province, May 24, 2022. (Xinhua/Li Yibo)

Founded about 3,100 years ago, Xi'an served as the capital for 13 dynasties in Chinese history. It was also the beginning of Zhang Qian's journey to Western regions via Central Asia in the Western Han Dynasty (202 BC-AD 25), with his envoy which eventually led to the opening of the Silk Road.

In its heyday in the Tang Dynasty (618-907) when it was called Chang'an, the city attracted foreign merchants, envoys and students from various countries.

The first Chang'an China-Europe freight train left Xi'an towards Almaty in Kazakhstan in November 2013, with the number of Chang'an train trips reaching 3,841 in 2021.

Nowadays, 16 routes of Chang'an trains connect Xi'an with Central Asia and Europe, including 45 countries and regions along the Belt and Road.

It has also grown into a popular destination for overseas students and scholars. Ismail Daurov from Kazakhstan has the Chinese name Ma Wenxuan, and is pursuing his master's degree in acupuncture and massage at the Shaanxi University of Chinese Medicine.

"My father operates an acupuncture clinic in my hometown. When more and more patients were cured, I developed an interest in traditional Chinese medicine," said Daurov, who came to Xi'an in 2013 after graduating from high school.

Last December when Xi'an was faced with a new resurgence of COVID-19, Daurov volunteered to help with nucleic acid tests and food delivery. "I am a foreigner, but I am not an outsider," he said.

Last year, Rolf Owonda from the Republic of the Congo earned a master's degree at Chang'an University and decided to settle down in Xi'an.

As the first expat to receive the entrepreneurship visa in the China (Shaanxi) Pilot Free Trade Zone, the 31-year-old Congolese launched a media company after graduation.

"To build cultural ties between China and the world, I shot videos to share my experience in Xi'an, which generated many views on social media in China and Africa," said Owonda in fluent Chinese.

His company is located in the free trade zone, where foreign entrepreneurs like Owonda have access to services covering the entire entrepreneurial process including feasibility analysis, registration service and license application.

So far, 28 companies run by young people from a dozen countries including Pakistan, Bangladesh and Yemen have been licensed.

Shaanxi is home to more than 100 higher education institutions, over 1,300 research institutes and millions of technical personnel. Data shows that the number of high-tech enterprises in Xi'an has exceeded 7,000.

"Currently, we are researching on a large-scale distributed file system and preparing an academic paper on it for a major Chinese technology journal," said the 66-year-old scientist, adding that the innovative team and entrepreneurial platform serve their research well. 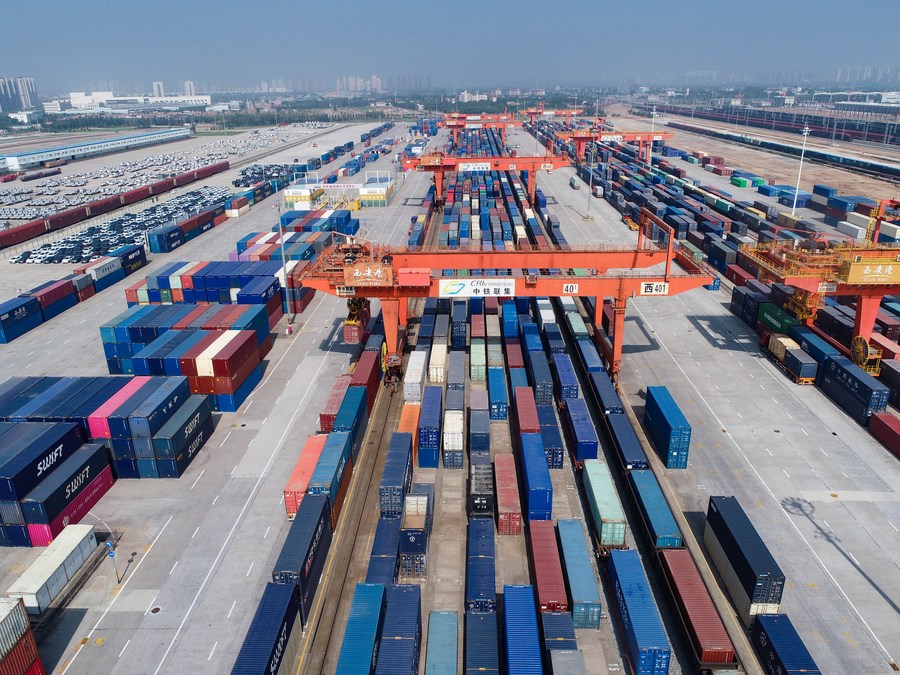 Strolling around the Grand Tang Mall and enjoying performances at the Shaanxi Opera House have become commonplace for Vitomira Loncar and her husband Ivica Simic, a Croatian couple who moved to Xi'an in 2016.

After their retirement from the drama industry, they received many offers from Shanghai, Shenzhen and Guangzhou. They finally settled down in Xi'an, as the city appeals to them the most.

"Here, we can appreciate the age-old Qinqiang Opera performance, enjoy food from the East and West, and touch a multicultural society," said Loncar.

Home to world-renowned ancient monuments like the City Wall and the Giant Wild Goose Pagoda, Xi'an recalls memories of bygone days. Several modern cultural blocks containing a mix of shopping, dining and other recreational activities have been built based on historical heritage.

In the past decade, the city has also enhanced its efforts in ecological preservation and witnessed notable improvement in its environment. More and more foreigners are attracted to work and live in the city for its favorable living conditions.

Like many expats in Xi'an, Loncar now regards the city as her second hometown. "Our beloved Xi'an changes from day to day, and now it becomes a megacity endowed with both ancient culture and modern life," said Loncar. 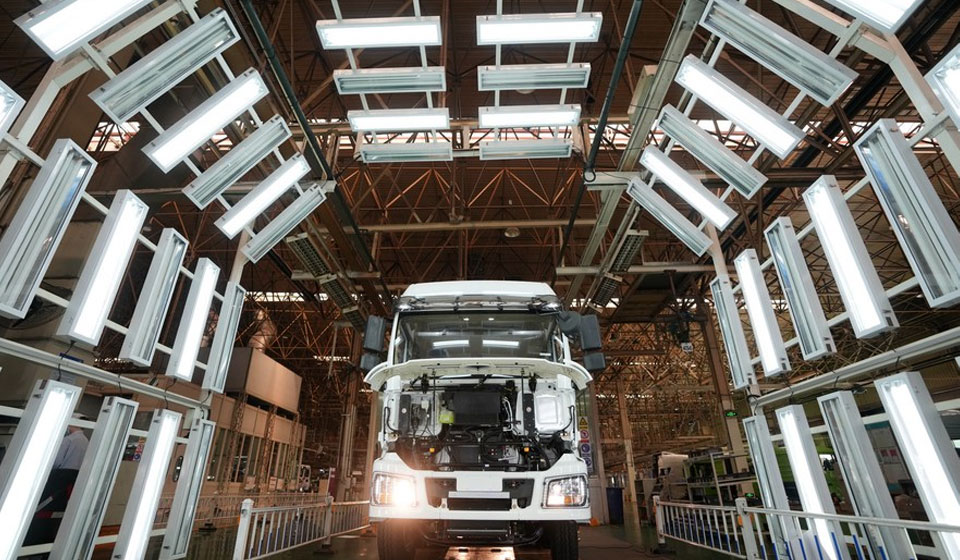