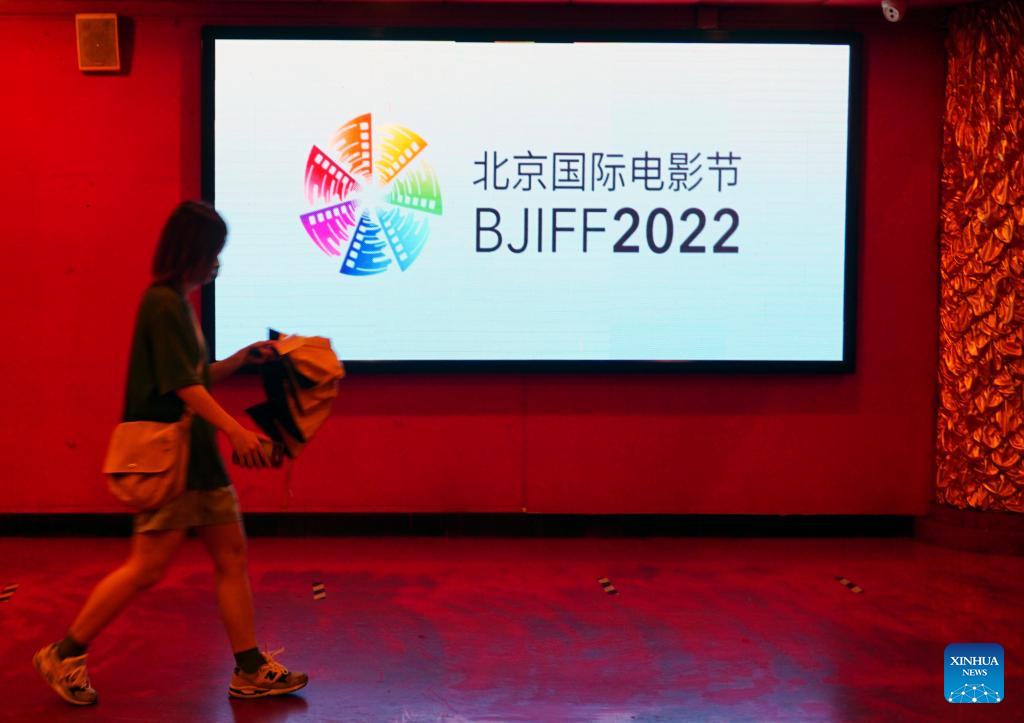 A woman waits to watch a movie in Red Theatre in Beijing, capital of China, Aug. 18, 2022.(Xinhua/Han Xiao)

BEIJING, Aug. 22 (Xinhua) -- Even though An Shanxuan and her eight-year-old son got to the theater 40 minutes early, it was already packed with enthusiastic moviegoers.

This was the third movie An watched at the 2022 Beijing International Film Festival that concluded on Saturday. A regular attendee at Beijing movie festivals, she bought a total of 12 tickets this year, spending more than 700 yuan (about 103 U.S. dollars).

"The film festival is so popular that I had to set an alarm to purchase tickets," she said.

Tickets for the week-long film festival sold out as soon as they were made available for reservations, indicating that the fest has injected a new dynamic into China's recovering film industry once hard hit by the COVID-19 pandemic.

The high-quality films at the festival have attracted all types of cinema aficionados, from families to senior citizens, to the theater. "We were here to watch a claymation movie tonight," An said. "I showed my son some posters of the animation film, which piqued his curiosity."

"This summer's film market has rebounded to an optimal level, both in terms of theater attendance and the availability of popular movies," said Liu Zhenfei, senior analyst with Maoyan Research Institute.

In the first half of this year, however, Chinese cinemas saw a slump in the box office due to sporadic COVID cases. Earlier this month, the China Film Administration announced to issue 100 million yuan worth of movie ticket vouchers to fuel consumers' enthusiasm to go to the cinemas.

Such consumption subsidies are likely to increase the country's box office by 500 million yuan to 1 billion yuan, Zheshang Securities said in a report.

China's film market volume is expected to reach 361.8 billion yuan by 2024 as the COVID-19 disruptions wane and consumers' pent-up consumption demand continues to be unleashed, according to data analysis agency iiMedia Research.

The film industry is not the only sector that is coming through. As the fight against COVID-19 has increased people's awareness of their health and the necessity to exercise, several industry experts assert that innovative gyms will stand out among their competitors in the long run.

Industry data shows that many fitness apps have seen growth in their monthly active users compared with last year.

"During lockdowns, I took online training courses with my friends at home," said Zi Xuan, a 25-year-old sports enthusiast, who recently spent 20,000 yuan for 48 private training lessons. "It is my largest sum of payment this year and I feel excited."

The country's growing affluence and people's increased concern about their health amid the pandemic have fueled the sports boom, driving customers' willingness to splurge on sports.

The latest industry report shows that in China, around 67.5 percent of people aged seven and above engaged in physical exercises at least once a week this year, up 18.5 percentage points from 2014.

On top of common gym workouts, "niche sports" like paddle boarding, frisbee and biking have gained steam on social media platforms this summer.

Chu, who is also a frisbee enthusiast, said he once played the sport eight times a week. "Frisbee is not just a game to me. It gives me the thrill of extreme concentration and devotion," he said, adding that the pleasure can be addictive.

"The courses are quite popular since they are beginner-friendly, and offer an outlet for people's desires for outdoor sports amid the pandemic," Chu said. 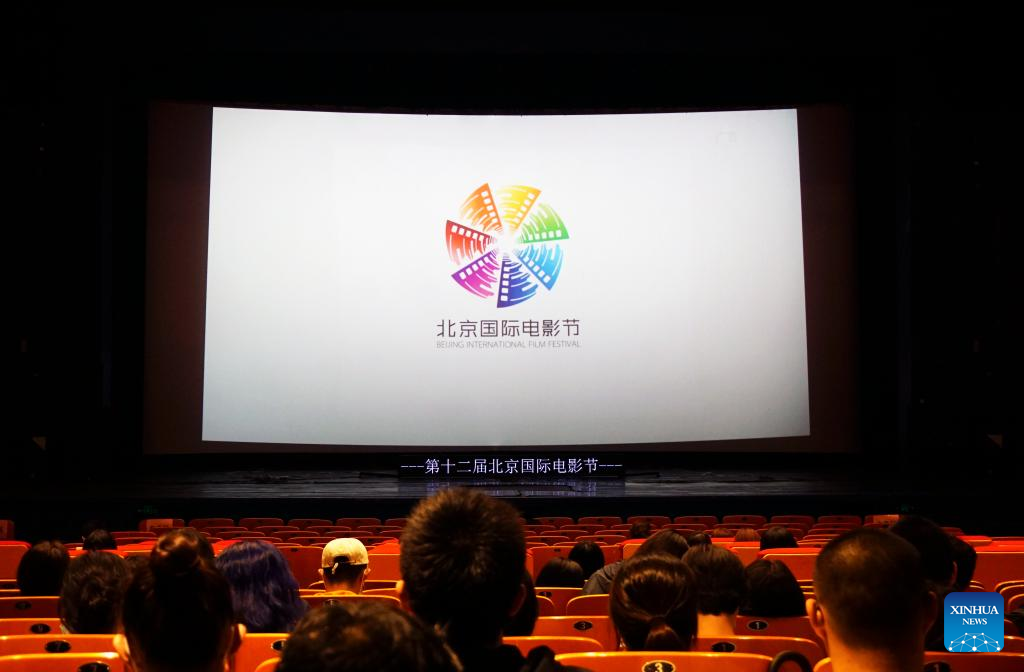 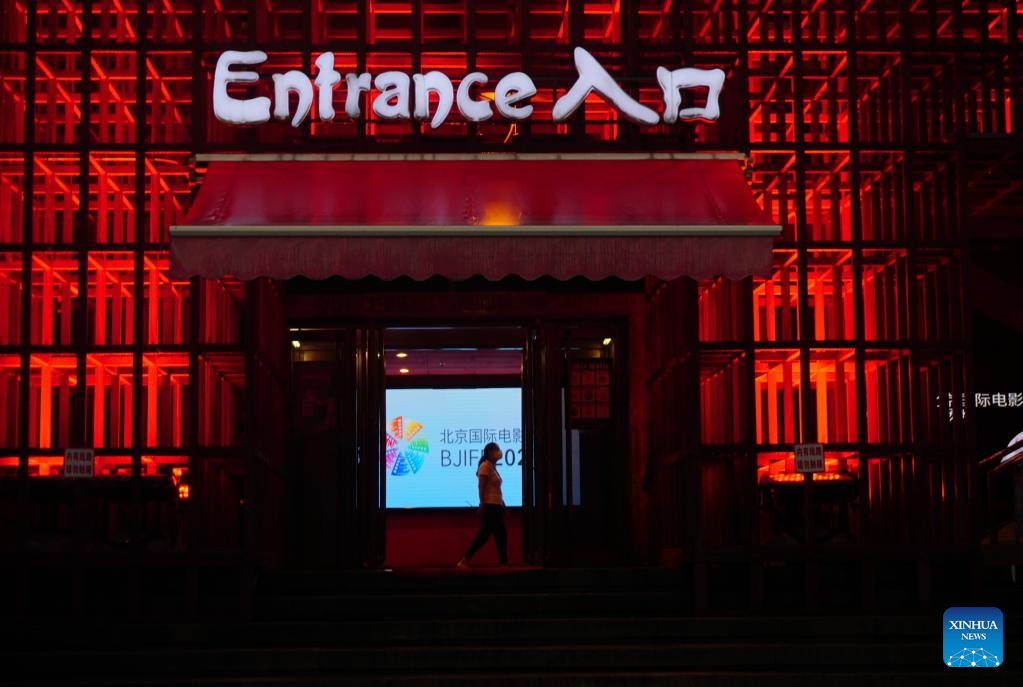 A woman waits to watch a movie in Red Theatre in Beijing, capital of China, Aug. 18, 2022.(Xinhua/Han Xiao)