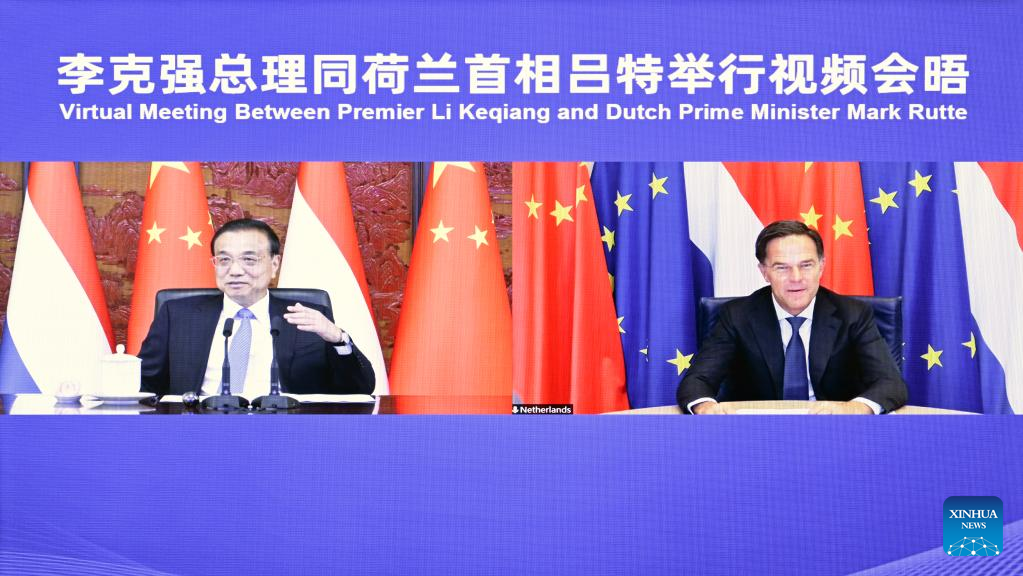 Li noted that China and the Netherlands are both open economies and important partners for cooperation.

This year marks the 50th anniversary of the establishment of diplomatic ties between the two countries. China places high importance on developing relations with the Netherlands, and their heads of state have exchanged congratulatory messages, said Li.

He added that China is ready to work with the Netherlands to make their open and pragmatic partnership for comprehensive cooperation more productive, to deliver greater benefits to people of the two countries.

On the basis of mutual respect and equality, China will work with the Netherlands to push forward practical and open cooperation in such areas as economy, trade, transportation, innovation and climate change response, and properly handle differences, he said.

The premier said that China welcomes more quality agricultural products from the Netherlands into the Chinese market. While ensuring effective COVID-19 response, China is ready to increase two-way direct flights to boost the personnel interflow, exchanges and cooperation between the two countries.

Li emphasized that the Netherlands is an important country in Europe, and sound relations and cooperation between China and the Netherlands are conducive to both countries and to the healthy and stable growth of China-Europe relations.

Rutte recognized the special relations between the Netherlands and China and the ever-deepening bilateral friendship.

Rutte said that as the two countries celebrate the 50th anniversary of diplomatic relations, the Netherlands will work with China to further strengthen bilateral cooperation in such fields as trade, transportation, agriculture and climate change, advance personnel exchanges, enhance dialogue and communication in bilateral and multilateral fields, to push for greater progress in the bilateral relationship. 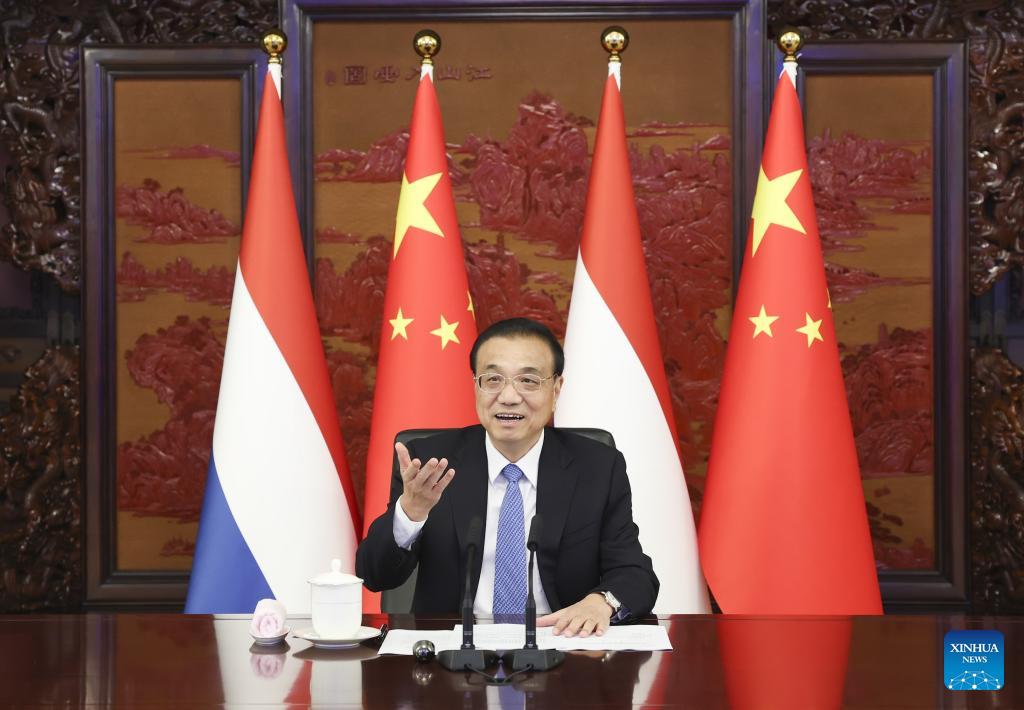 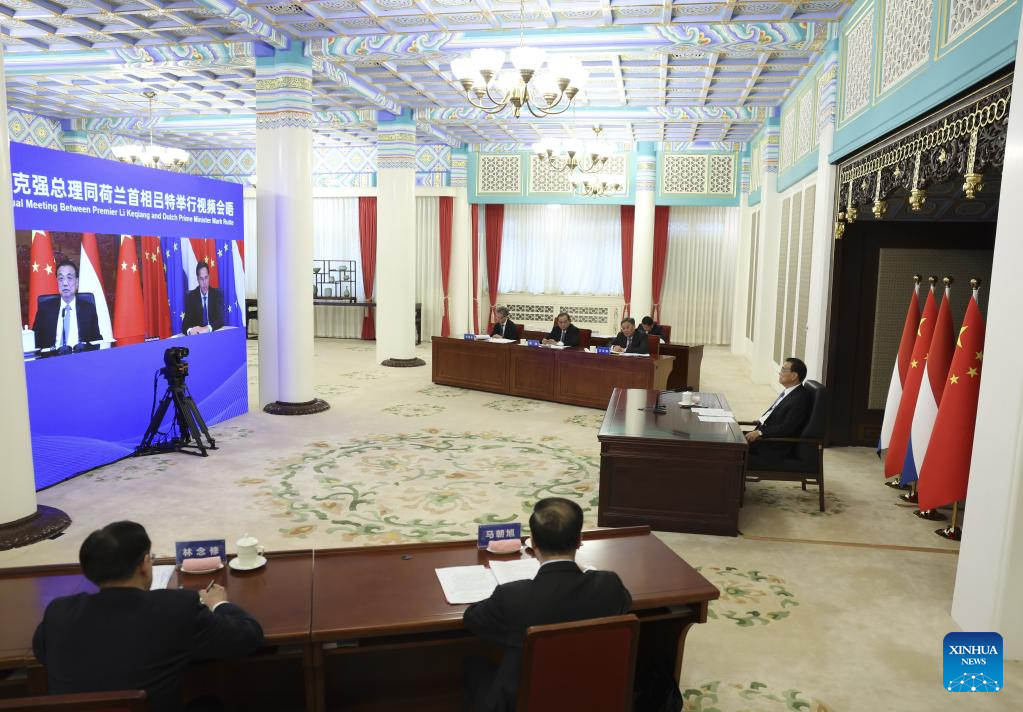 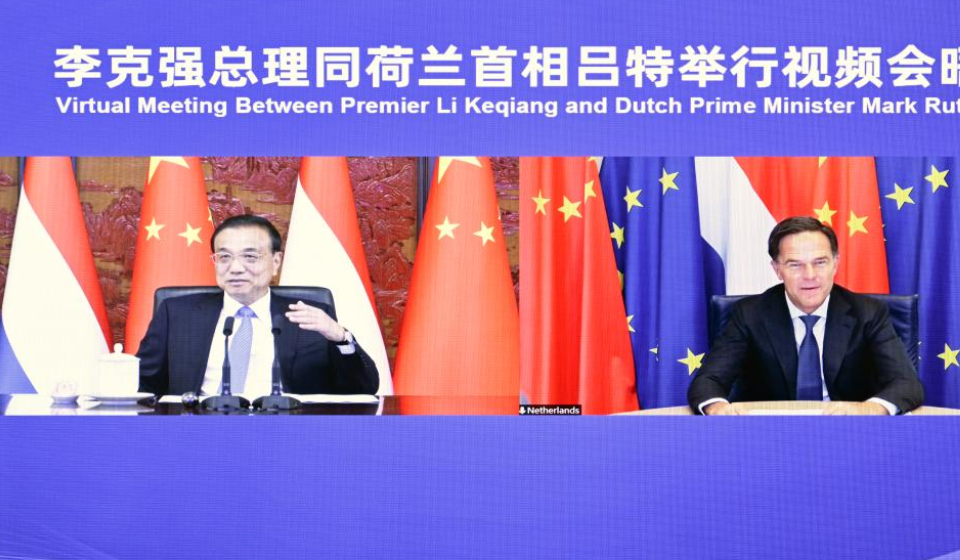