Across China: Birds, locals in harmony under wetland conservation 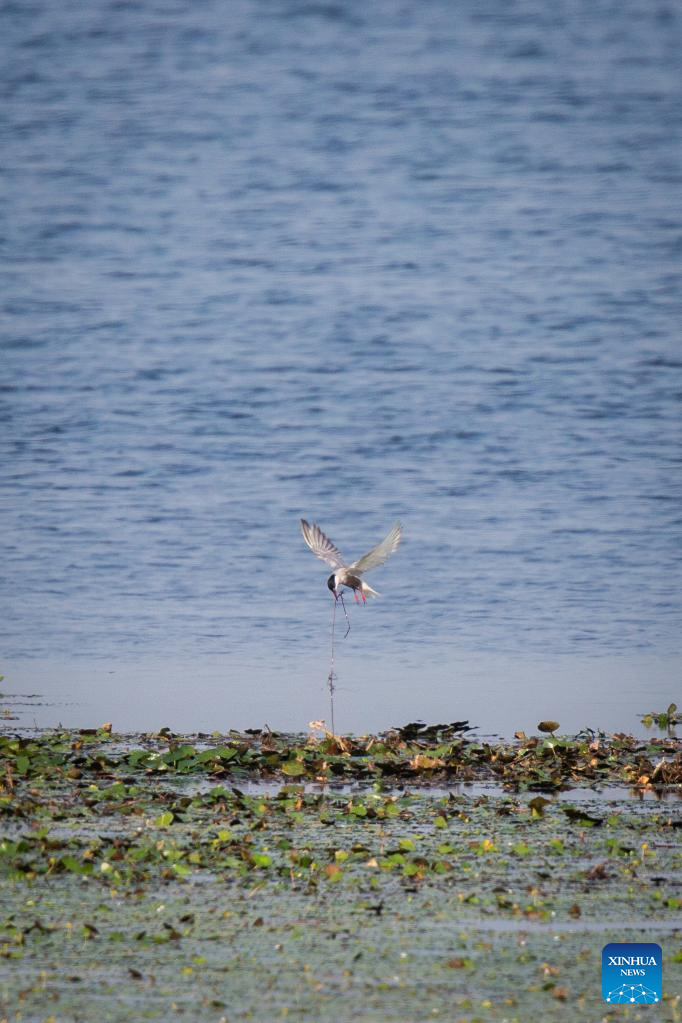 "The pheasant-tailed jacana is hatching eggs!" said Wei Bin, vice head of the Wuhan birding association and a photographer, pointing at the long-tailed bird with a chocolate brown body, golden neck and white face.

Since this spring, Wei has spotted some locally rare birds, including white cranes, greater flamingos and Chinese mergansers at the wetland, and used his lens to document their appearances and behaviors.

Over 20,000 migratory birds have been observed in the 11,579-hectare nature reserve this summer, according to Feng Jiang, an engineer who has been working for the management bureau of the reserve for the past 14 years.

However, the number of birds around Chenhu Lake once declined drastically due to damage to the ecosystem.

"The polluted lake water was brown and stinky," said Feng, adding that the wetland reserve's water quality was rated below Grade V before 2019, the lowest level of China's five-tier water assessment system.

In the past three years, local authorities have restored over 5,200-hectare wetland, demolishing farming facilities and aquaculture nets enclosing the lake, said Feng.

Li Jianjun, a local wetland ranger, said, "I once did not care about the birds, but now I can identify many bird species."

His current job is to rescue wounded birds and prevent fowling and fishing activities. Li used to reap reeds in the lake, which were sold to paper fabricating plants as raw materials.

With more local paper mills shut down due to pollution concerns, all reeds workers of Li's cooperative have been reemployed as wetland rangers since 2019.

"We patrol the wetland three times a day," Li said.

Since 2017, over 6 million yuan (about 870,612 U.S. dollars) have been allocated to villages and their residents neighboring the reserve each year, for their environmental protection efforts, relocation, and living expenses.

With fewer human interferences, some birds sensitive to water quality have been observed. Last year, five Dalmatian pelicans, waterfowls with iconic giant beaks which have a population of less than 150 in East Asia, were spotted in the wetland, according to Feng.

"When a wild greater flamingo stood among a flock of little waterfowls, everyone was astonished," said Wei. He added that the migration route of the greater flamingo does not pass through central China, suggesting that this one might have wandered away from its peers during migration.

"The restored diverse ecology provided the flamingo with plenty of food such as algae, shellfish and insects, while the lush reed clusters were perfect shelters," said Wei. It spent the winter in the wetland and flew away this spring.

Chenhu Lake is one of 64 wetlands designated as wetlands of international importance in China. The country has also set up over 600 wetland nature reserves and 1,600 wetland parks.

The 14th Meeting of the Conference of the Contracting Parties to the Ramsar Convention on Wetlands (COP14) will be held this November, with its main venue in Wuhan.

"Water quality will improve once currents increase," said Fang. "Waterfowls will live in more diversified spaces and the biodiversity of the wetland will be strengthened." ■ 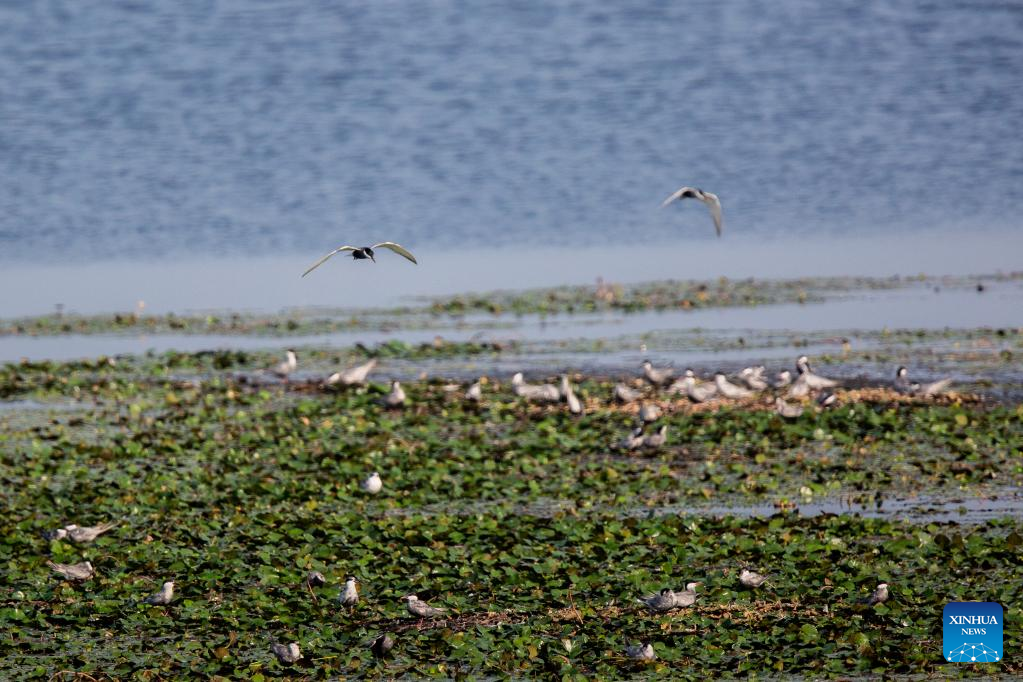 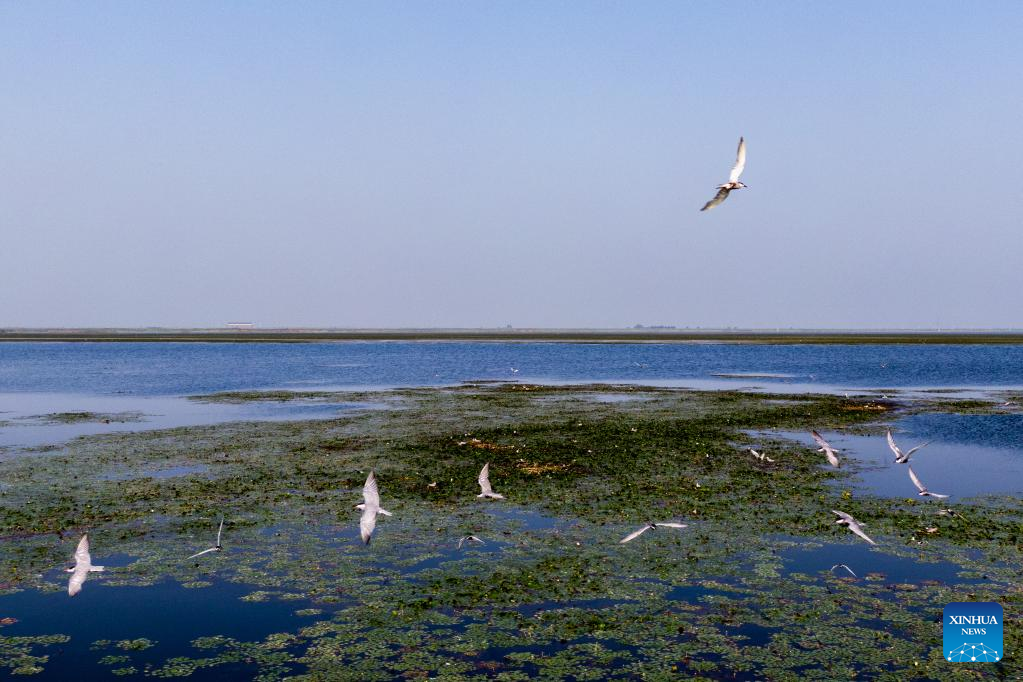 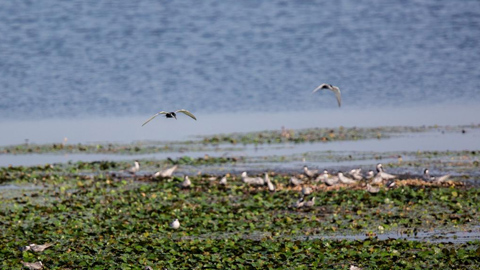