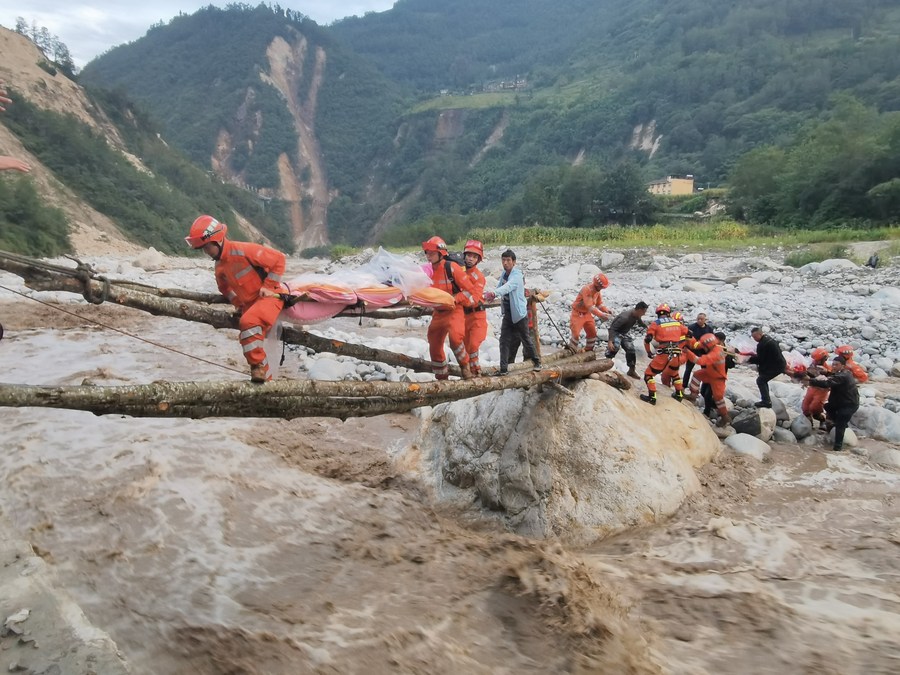 CHENGDU, Sept. 5 (Xinhua) -- Forty-six people have been killed in a 6.8-magnitude earthquake that jolted Luding County in southwest China's Sichuan Province on Monday, local authorities said at a press briefing.

As of 8:30 p.m. Monday, 16 people were missing and over 50 injured, said Wang Feng, deputy director of the Sichuan provincial emergency management department.

Among the dead, 29 were from Ganzi Tibetan Autonomous Prefecture which administers Luding County, and the other 17 were from Ya'an City. Over 50,000 people in Ganzi and Ya'an have been evacuated to safety.

Sichuan has activated the highest level of emergency response for the earthquake.

As of 6 p.m. Monday, the province had deployed over 6,500 rescuers, four helicopters and two unmanned aerial vehicles to the frontline.

"There were many aftershocks, and some roads were blocked. We had to climb over the debris to get to the town square of Moxi," said a rescuer from the provincial forest fire brigade.

On the way to Moxi Town, Xinhua reporters saw houses and infrastructure that had been damaged to varying degrees, and some roads partially collapsed.

The town's electricity and communications had been cut, and emergency power-generation equipment was supplying electricity for residents taking shelter on the square.

Liu Fang, a local official, said that after the earthquake, she and other colleagues immediately evacuated the residents to the square about several hundred meters away.

According to the medics on the scene, after the earthquake, medical staff from the health centers in Moxi and neighboring villages and townships responded immediately. As of 8 p.m., more than 50 slightly injured people had received treatment at a medical site on the square.

A local special police rescue team had received calls saying a man in his 40s was trapped under a collapsed house, and they immediately rushed to the rescue.

However, excavators and other rescue machines could not reach the scene due to the narrow passage. The team thus dug the debris with their bare hands, and successfully rescued the man, who was sent to hospital.

So far, the special police rescue team has rescued more than 30 trapped people.

Relief supplies, including some 3,000 tents and 10,000 folding beds, were allocated to Luding County, where the epicenter was located. 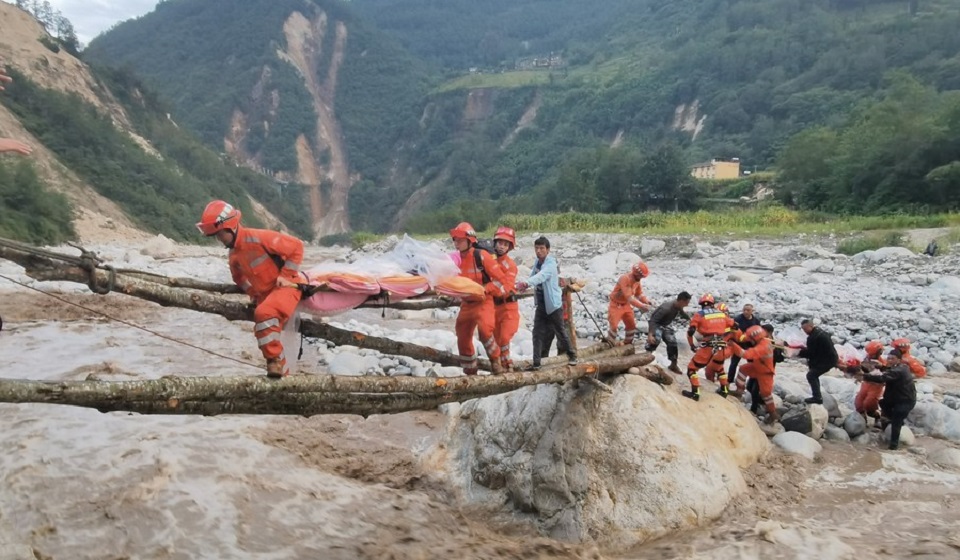