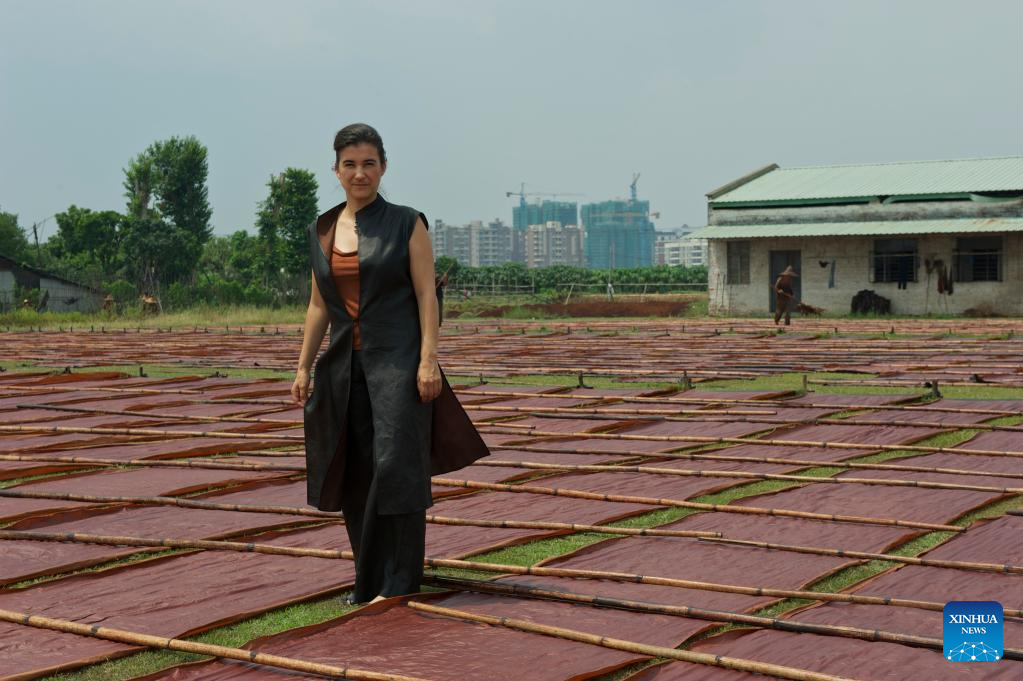 BEIJING, Sept. 7 (Xinhua) -- Wearing a beautiful fragrant cloud gauze costume designed by herself, Kathrin von Rechenberg chatted with neighbors in a "hutong," or traditional alley, in the Qianmen area of central Beijing.

Born in Munich, Germany, Rechenberg was so captivated by this delicate, classic Chinese silk at first sight and touch that in 1999 she came to China in search of it. Finding this fabric was, however, more difficult than she had anticipated.

About a year later, she met her husband Zhang Xiangyun. The couple found some fragrant cloud organza weaved in the 1960s and dyed in the 1980s at a time-honored store in the Qianmen neighborhood, where she later set up a clothing studio.

Rechenberg was born into an artistic family and was greatly influenced by both her grandfather and father, who were engaged in the field of art. After initially studying tailoring in Germany, she went on to pursue costume design in France. She worked with a number of famous brands such as Chanel and Christian Dior after graduation.

"The fragrant cloud organza, also known as gambiered gauze, is a handwoven, plant-dyed fabric with a long and profound history in south China's Guangdong Province. As its production involves significant time and unique techniques, the organza is rare and precious," Rechenberg said.

In order to learn more about this silk and seek design inspiration, she paid multiple visits to a dyeing plant in Guangdong's Shunde. "The dyestuff is extracted from the dioscorea cirrhosa, in which the tannic acid generates a variety of colors such as maroon, tawny and coffee through chemical reactions," she said.

Zhang noted that the production of fragrant cloud organza involves more than 30 times of dyeing and natural drying at each interval, while the last step is to cover the fabrics with mud so that the latter's rich iron elements can react with the tannic acid and silk fiber to change the colors.

"After the dyeing, the organza needs to stand for years before the entire process is completed and it can be used, making the silk even more valuable," Rechenberg said, adding that such fabrics nourished by the natural soil, water and sunshine have a unique vitality and becomes a fabric that can "breathe."

The natural dyeing process is a prominent feature of fragrant cloud organza, and Rechenberg has always insisted on sticking to originality in her designs. She draws inspiration from geometric lines and architectural shapes and reduces unnecessary tailorings to preserve the original art design as much as possible.

"Western costume designers are used to presenting beauty through complex design and tailorings, but I just follow the lines and fabric colors," Rechenberg said.

The dyeing technique of fragrant cloud organza was inscribed on China's national intangible cultural heritage list in 2008, bringing the fabric to the attention of more people.

Rechenberg was awarded the title of friendship ambassador of China's textile intangible cultural heritage in 2020. Meanwhile, her own brand, Rechenberg Art Couture, has become increasingly popular.

"I have gained a better understanding of the traditional Chinese culture over the past two decades in China and learned to pursue harmony with nature. I will continue to study Chinese culture and history and show my three children that making handicrafts can also be a good way of life," she said. 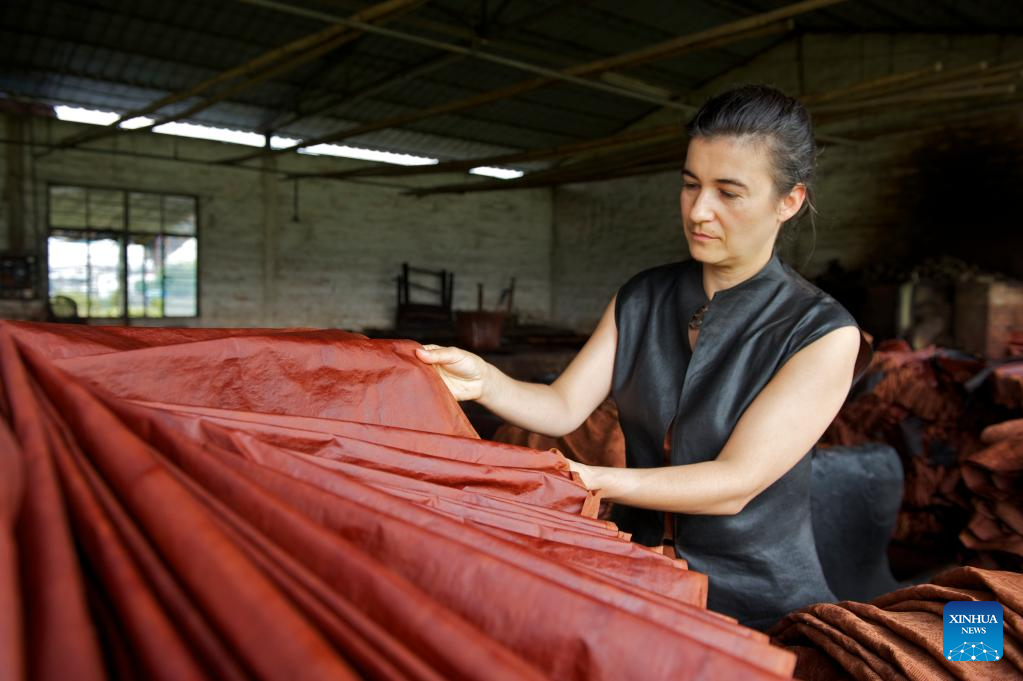