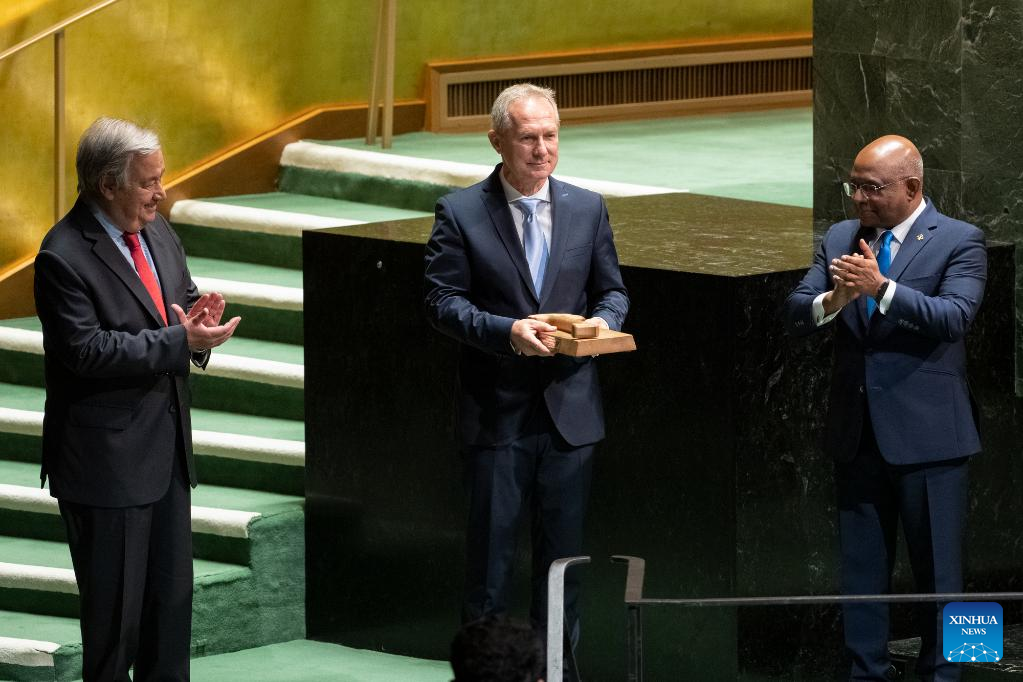 Like the previous one, the 76th session of the General Assembly was marked by a series of deepening challenges: rising prices, the erosion of purchasing power, growing food insecurity and the gathering shadows of a global recession; a global pandemic that refused to be defeated -- and the emergence of another health emergency in monkeypox; and deadly heatwaves, storms, floods and other natural disasters, said UN Secretary-General Antonio Guterres at the closing plenary.

He also highlighted ferocious conflicts that are putting millions of lives in jeopardy, deepening poverty and inequality that continues to impede recovery and development, a morally bankrupt global financial system that penalizes developing countries and blocks their path to sustainable recovery, and a climate emergency that is literally setting the planet on fire.

"The road ahead will be challenging and unpredictable. But by using the tools of our trade -- diplomacy, negotiation and compromise -- we can continue supporting people and communities around the world. We can pave the way to a better, more peaceful future for all people. And we can renew faith in the United Nations and the multilateral system, which remain humanity's best hope," he said.

Guterres thanked Abdulla Shahid of the Maldives, as president of the 76th session of the General Assembly, for his vision and leadership.

Shahid said hope must live on despite the many challenges facing humanity.

"Today, the 76th session of the General Assembly ends. But hope must live on," he told the closing meeting. "It is true that humanity faces challenges more complex and multidimensional than ever before. Solving them will take ambition and perseverance. But guided by our faith in humanity, by our aspirations for a brighter future, by our love for our children and grandchildren, we will succeed -- with courage, with grace, with hope."

Even as countries reopen their borders and return to normal routines, COVID-19 stubbornly lingers. New conflicts are emerging, and old ones persist. Millions across the world are starving and impoverished. A fragile global economy and disrupted food-supply chains add to their burdens and anxieties, said Shahid.

The world is facing a climate emergency. The politics of hate persists even as the world is in desperate need of unity. Migrants, women, minorities, and other marginalized communities look on in despair as their hard-won rights are stripped away. The multilateral system itself is under assault, he noted.

Every crisis feels worse than the last. But the real crisis would be a loss of hope, he warned. "Hope is not blind optimism or blissful ignorance. Hope is acknowledging and affirming our potential. It is about recognizing the wonders humanity is capable of when we are at our best and work together."

"Let us not lose hope and give into cynicism. Let us not turn our backs on those who look to us at the United Nations for solutions. Let us use the instruments at our disposal to secure global peace and justice. Let us not stand idle and let the world drift to an uncertain future. Let us tell the next generation that their aspirations, their futures, their planet, are worth fighting for. We owe it to ourselves, to our peers, to our children, to our grandchildren, to humanity, to choose hope," he said.

Shahid took stock of the work of the General Assembly under his leadership in the past year.

The president of the upcoming 77th session of the UN General Assembly, Csaba Korosi, took the oath of office at the closing meeting.

At a press encounter after the closing meeting, he vowed to build bridges and make the work of the assembly more impact-oriented.

"We must continue to reform and transform the United Nations, including the General Assembly, and strengthen our cooperation through trust," he said. "My role will be to build bridges and make the work of the General Assembly more impact-oriented. I plan to pursue an integrated agenda of peace and security, human rights, and sustainability -- three mutually reinforcing goals. We must support each, or they will all fall."

He said his priorities will be: stand firm on the basic principles of the UN Charter, make significant and measurable progress on the sustainability transformation, aim at integrated systemic solutions, enhance the role of science in decision-shaping, and increase solidarity.

"I invite all stakeholders to work together and enlarge common ground among member states and stakeholders," said Korosi. "I will continue to coordinate efforts with the secretary-general, the Security Council, the Economic and Social Council and the other relevant UN bodies, and conduct impact-oriented and regular consultations with civil society, youth, scientific institutions, knowledge centers, faith-based organizations, private sector, and key financial institutions."

The 77th annual session of the General Assembly will begin on Tuesday. 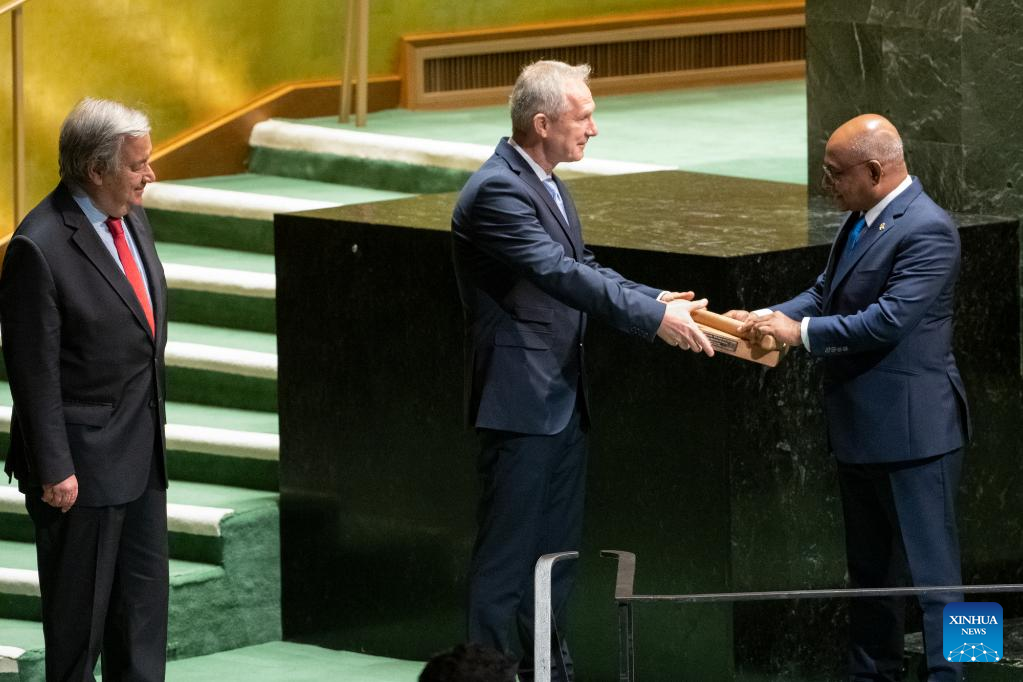