Shanghai shares dividends with the world through high-level opening up

Over the past decade, Shanghai has been the testing ground for institutional innovation and spearheading high-quality growth, sharing opportunities with the world.

Shanghai has seen emerging industries mushrooming and the business environment constantly improving in the past 10 years.

SHANGHAI, Sept. 18 (Xinhua) -- It has been a hectic September at Haitong Pier, one of China's largest auto-export terminals, in Shanghai's Pudong New Area, with cargo ships fully loaded with new energy vehicles (NEVs) being checked and cleared for departure.

Produced by companies like Chery, Geely and other Chinese carmakers, the NEVs have been forming long queues ahead of boarding, before being shipped to destinations in Europe, the Middle East and South America.

The bustling scene is a microcosm of the pioneering role that the metropolis of Shanghai has undertaken in reform, opening up and economic development. 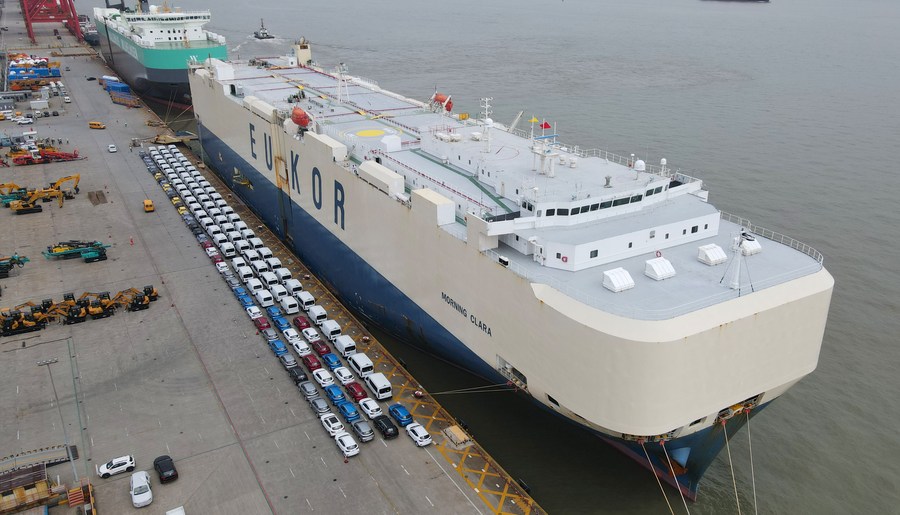 In this aerial photo, vehicles are seen before being shipped to Australia, at Haitong Pier, one of China's largest auto-export terminals, in east China's Shanghai, May 25, 2022. (Xinhua/Fang Zhe)

Over the past decade, Shanghai has been the testing ground for institutional innovation and spearheading high-quality growth, sharing opportunities with the world.

Just three or four years ago, only about 10 percent of the automobiles from Haitong Pier were exported to Europe. In the first half (H1) of 2022, the proportion climbed to 40 percent.

"Over the past two years, a vacancy on ro-ro ships delivering cars to Europe has often been hard to get," said Xi Jialin, executive director of the marketing department of Shanghai Haitong International Automotive Terminal Co., Ltd.

In H1, despite the impact of the novel coronavirus flare-ups in several regions across China, the throughput of Haitong Pier rose by more than 20 percent year on year, and exports logged a year-on-year increase of more than 50 percent.

Over the past decade, Shanghai has seen emerging industries mushrooming and the business environment constantly improving.

The China (Shanghai) Pilot Free Trade Zone (FTZ), the first pilot FTZ in the country, was established in Pudong in 2013. In 2019, Pudong's vanguard role was further exemplified as the country launched the new Lingang area of the Shanghai pilot FTZ.

By August 2022, U.S. automaker Tesla's Shanghai Gigafactory had accumulatively manufactured 1 million vehicles. As a major foreign-invested project, the factory began construction in January 2019 when the area in Lingang was still a wasteland. 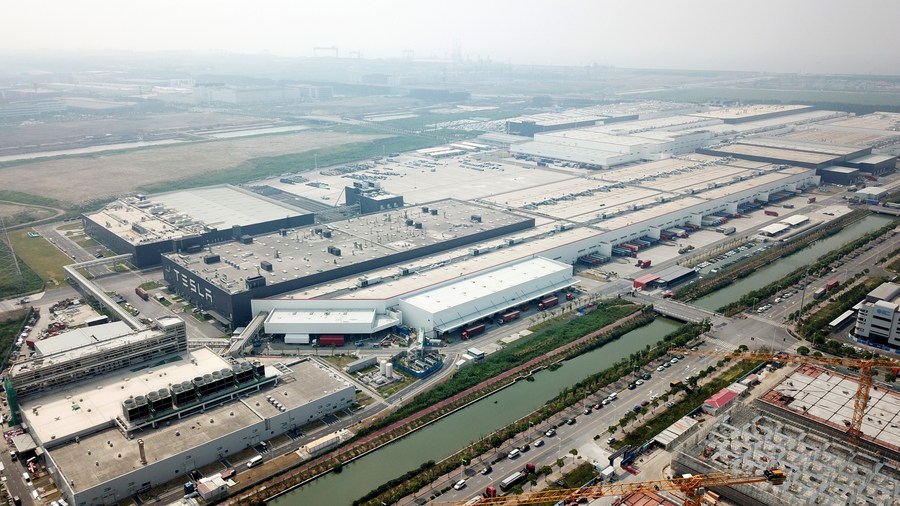 So far, more than 60,000 foreign-funded enterprises have invested in Shanghai, including 857 regional headquarters of multinational corporations and 516 foreign-funded research and development centers. The actual use of foreign investment in the megacity has exceeded 300 billion U.S. dollars, Gong Zheng, mayor of Shanghai told a press briefing in early August.

Over the past five years, the China International Import Expo (CIIE), the world's first import-themed national-level expo, has become an important window for global enterprises to share China's development dividends.

"We immediately decided to participate in the exhibition after receiving the invitation," recalled Noboru Miura, China Chief Representative of Nachi-Fujikoshi (China) Co., Ltd. In 2018, the Japanese company was among the first enterprises to sign contracts for participation at the first CIIE.

As China is the most important strategic market for Nachi, Miura noted that the CIIE is not merely an "exhibition that simply sells products." The company, which has established its Chinese headquarters in Shanghai, hopes that the CIIE can present Nachi's cutting-edge technology and advanced products to the Chinese consumers, bringing more and more opportunities for cooperation.

According to Quan Heng, a researcher with the Shanghai Academy of Social Sciences, the continuous hosting of the CIIE in Shanghai not only allows the world to share China's market opportunities, but also provides an international public good for economic globalization.

The CIIE has not only enriched the lives of Chinese consumers, who enjoy much easier access to a wide array of gourmet fare and products from across the globe, but also has significantly enlarged cooperation between Chinese and overseas companies.

In late June, General Motors and Shanghai's Pudong New Area inked an agreement, in which the automaker proposed to increase investment of 100 million U.S. dollars in the premium import business.

Along with the lengthening list of supportive trade measures, the past decade has also been a time when trimmed negative lists for foreign investment and the lifting of foreign-ownership caps in some sectors have brought in a large inflow of capital, and boosted the Chinese economy via increased competition and enhanced cooperation.

"The concept of 'free trade' has spread from Shanghai to the whole country, and the 'CIIE bonus' has benefited consumers all over the country as well as enterprises worldwide," Quan said.

According to Quan, Shanghai will continue to adapt to high standards of international rules, promote the flow of industrial factors and the more effective allocation of resources, and promote the connection between the Chinese and overseas markets under the new development pattern of "dual circulation" of domestic and international markets. 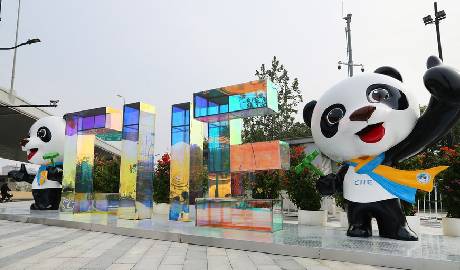