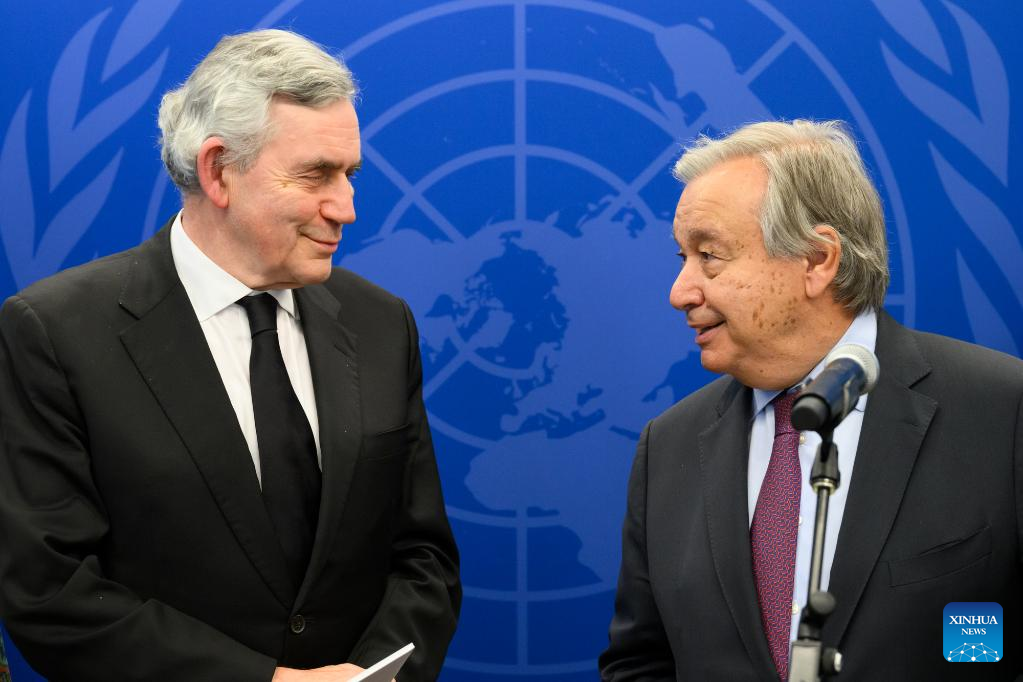 UN Secretary-General Antonio Guterres (R) and UN Special Envoy for Global Education Gordon Brown are seen at a press conference for the launch of the International Finance Facility for Education at the UN Headquarters in New York on Sept. 17, 2022.(Mark Garten/UN Photo/Handout via Xinhua)

With the first projects expected in 2023, IFFEd will support education and skills development investments in lower-middle-income countries. With an initial funding of 2 billion U.S. dollars, the facility is expected to expand to 10 billion dollars by 2030.

Since the COVID-19 pandemic began, two-thirds of countries have cut their education budgets, but education is the building block of peaceful, prosperous, stable societies, said Guterres at a joint press conference with Brown. "Reducing investment virtually guarantees more serious crises further down the line. We need to get more, not less, money into education systems."

Wealthy countries can increase funding from domestic sources, but many developing countries are being hit by the cost-of-living crisis, and urgently need support for education, Guterres said, adding that this is exactly the role of the IFFEd.

This facility is aimed at getting financing to lower-middle-income countries -- home to half of the world's children and youth -- and to the majority of the world's displaced and refugee children, he noted.

IFFEd is not a new fund, but a mechanism to increase the resources available to multilateral banks to provide low-cost education finance. It will complement and work alongside existing tools that provide grants and other assistance, said Guterres, urging all international donors and philanthropic organizations to back IFFEd.

"Over time, we expect the fund to grow from the two billion (dollars) that it will be initially, to five billion and then to 10 billion. This means that today we're announcing the biggest-ever single investment in global education that the world has seen, and we believe it can transform the prospects of millions of children," he said.

UN Secretary-General Antonio Guterres (C) and UN Special Envoy for Global Education Gordon Brown (L) are seen at a press conference for the launch of the International Finance Facility for Education at the UN Headquarters in New York on Sept. 17, 2022.(Mark Garten/UN Photo/Handout via Xinhua) 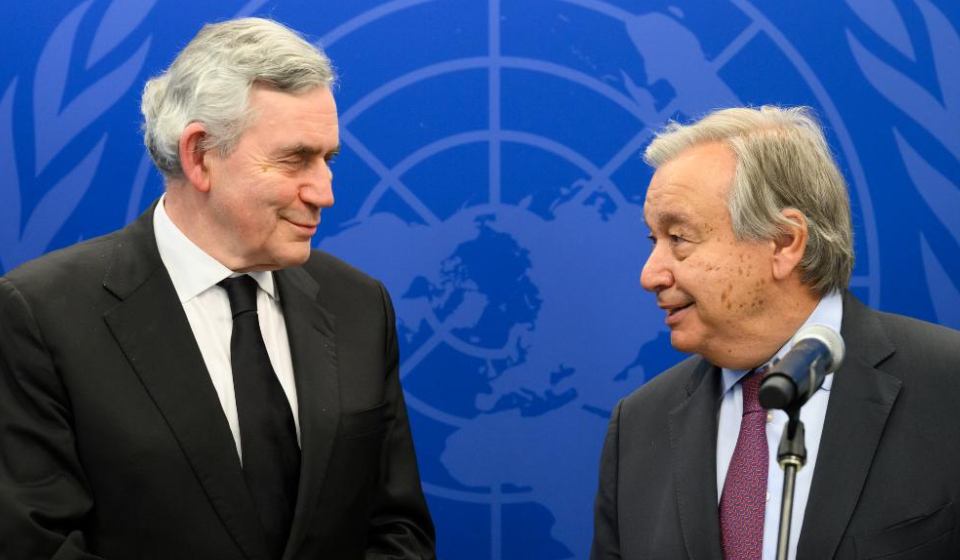