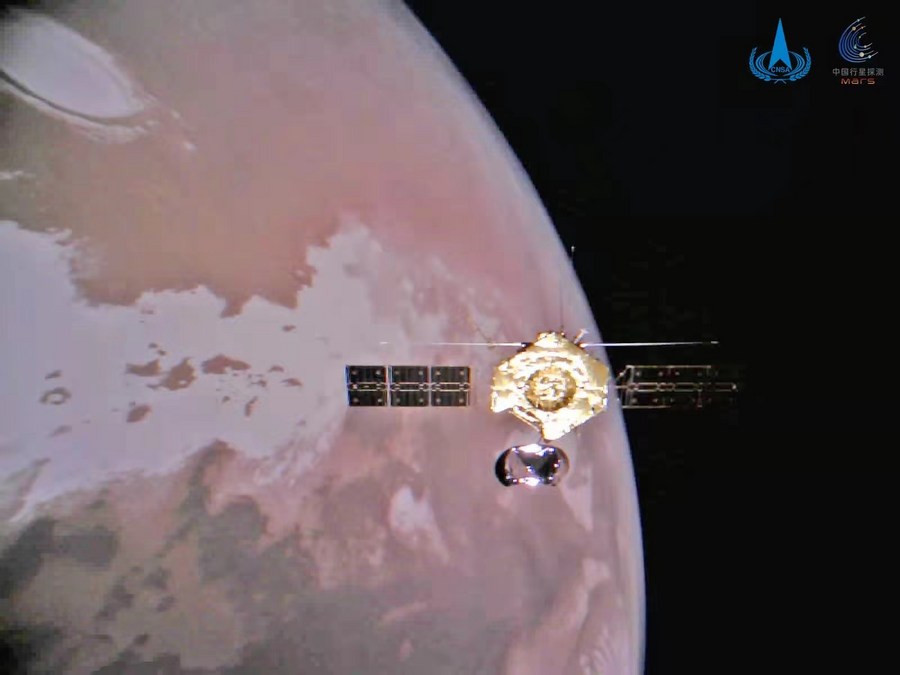 Photo released on Jan. 1, 2022 by the China National Space Administration (CNSA) shows the group photo of the orbiter and Mars. (CNSA/Handout via Xinhua)

As of Thursday, the Tianwen-1 orbiter has been operating normally for over 780 days, and the rover Zhurong has traveled 1,921 meters on the surface of Mars, the CNSA said.

The orbiter and rover of China's Tianwen-1 probe have completed the targeted scientific exploration missions and have acquired 1,480 gigabytes of raw scientific data.

The Tianwen-1 probe consists of an orbiter, a lander, and a rover. On May 15, 2021, it touched down at its pre-selected landing area in Utopia Planitia, a vast Martian plain, marking the first time China has landed a probe on the planet.

Chinese researchers have conducted a comprehensive study of typical landforms at the landing area, including concave cones, impact craters, and grooves, and revealed a significant link between the formation of ridges and water activity.

Through camera images and spectral data, researchers found water-bearing minerals in plate-like hard crust rocks near the landing area, which proved that there had been a lot of liquid water activities in the landing area since 1 billion years ago.

Combining camera images with the rover moving rutting and other information, the researchers also found that the soil in the landing area has massive bearing strength and low friction parameters.

In addition, researchers also used the Tianwen-1 exploration data to obtain several outstanding scientific achievements, including the relationship between rock density on the surface of Mars and surface erosion degrees, the distribution of ions and neutral particles in the near-Mars space environment, and the gravity field of Mars. 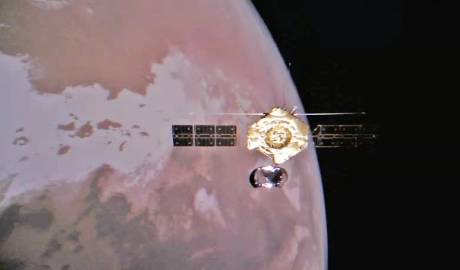