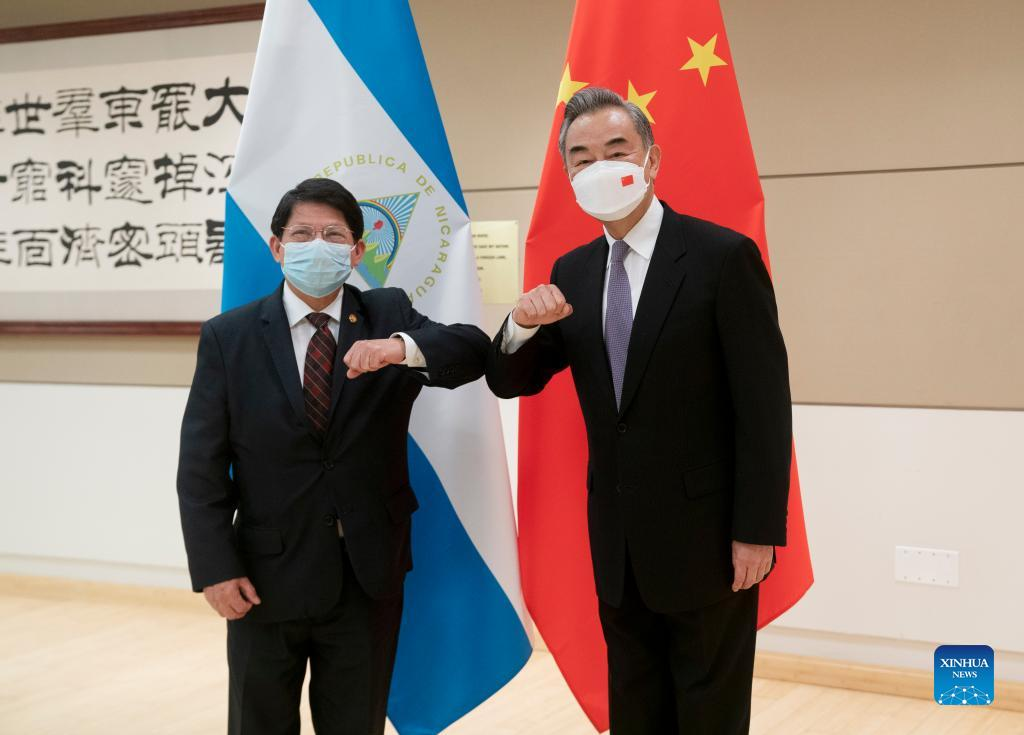 NEW YORK, Sept. 19 (Xinhua) -- Chinese State Councilor and Foreign Minister Wang Yi met here with Nicaraguan Foreign Minister Denis Moncada on Monday, during which both sides agreed to seize the opportunity presented by the one-year anniversary of the resumption of diplomatic relations between the two countries and take the bilateral ties to a new level.

Meeting his Nicaraguan counterpart on the sidelines of the ongoing 77th session of the UN General Assembly, Wang said Chinese President Xi Jinping and Nicaraguan President Daniel Ortega have drawn a blueprint for the bilateral relations since the two sides resumed diplomatic ties in December last year, which has led to rapid development in the bilateral relations where fruitful early harvests have been achieved.

It is a proven fact that restoring diplomatic ties is in complete accord with the fundamental interests of the two countries and two peoples, Wang said.

China, Wang said, is firmly committed to developing ties with Nicaragua and supporting Nicaragua's effort to defend its sovereignty, independence and national dignity. Noting that Nicaragua's independent choice of development path has the full backing from China, Wang said China will continue to uphold justice on issues related to Nicaragua.

Wang said China appreciates Nicaragua for its unwavering support for the one-China principle, believing that Nicaragua will continue to support China's just stance on issues related to China's core interests.

The Chinese side, Wang told Moncada, is willing to strengthen cooperation with Nicaragua regarding jointly building the Belt and Road Initiative and synergizing the two countries' respective development strategies. It is expected that political mutual trust between the two countries could translate into momentum for comprehensive cooperation, he added.

Noting that the arrangement for "early harvests" under a bilateral free trade agreement (FTA) has been signed by the two sides, Wang expressed the hope that consensus will be reached as soon as possible on a comprehensive FTA, of which the negotiation process has already been initiated.

Wang added that China will continue to lend support to Nicaragua in the Central American country's fight against the COVID-19 pandemic.

Wang also told Moncada that the Communist Party of China (CPC) will hold its 20th National Congress next month, adding that the CPC and Nicaragua's ruling Sandinista National Liberation Front have similar governing ideas, and the CPC looks forward to enhancing exchanges of experience in state governance between the two parties.

Moncada, for his part, said the Nicaraguan side treasures its brotherly friendship with China, and will continue to abide by the one-China principle and firmly support China in its defense of independence, sovereignty and territorial integrity. Nicaragua wishes the 20th CPC National Congress a full success.

Moncada said Nicaragua is pleased to see the signing of the arrangement for "early harvests" under the bilateral FTA, and is looking forward to the further enhancement of experience exchanges on state governance between the two parties and two countries. Nicaragua is willing to deepen cooperation in various fields and develop a sound bilateral relationship with China.

Moncada also stressed the utmost importance of the Global Development Initiative and the Global Security Initiative put forward by President Xi, adding that the Nicaraguan side fully supports and is ready to participate in the initiatives, practice multilateralism and contribute to world peace, security and development. 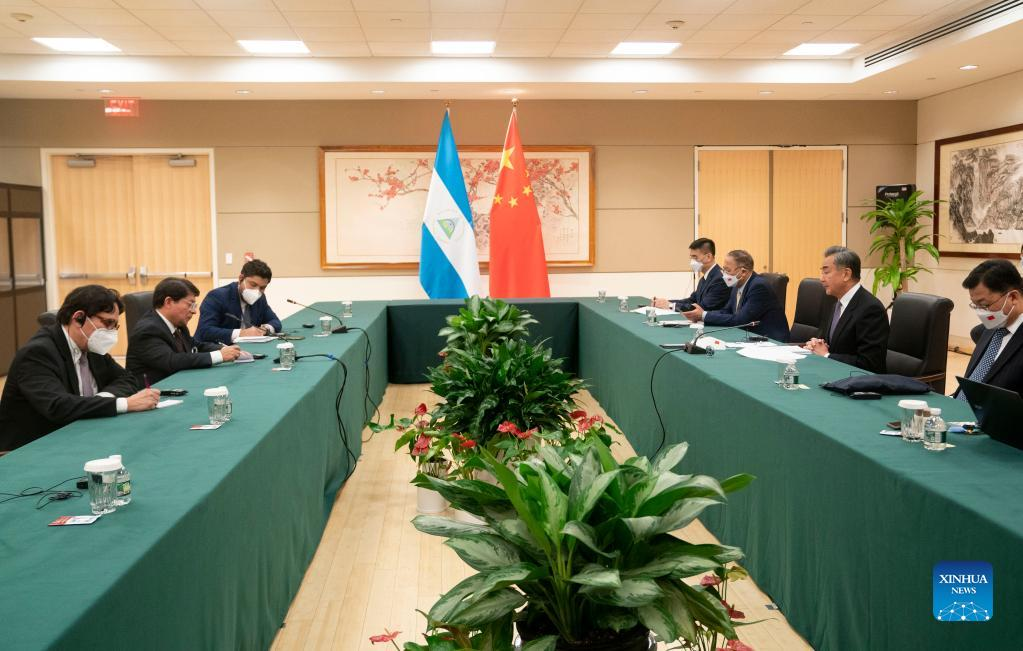