China's elimination of absolute poverty is a bright scenery line of the world: Italian expert 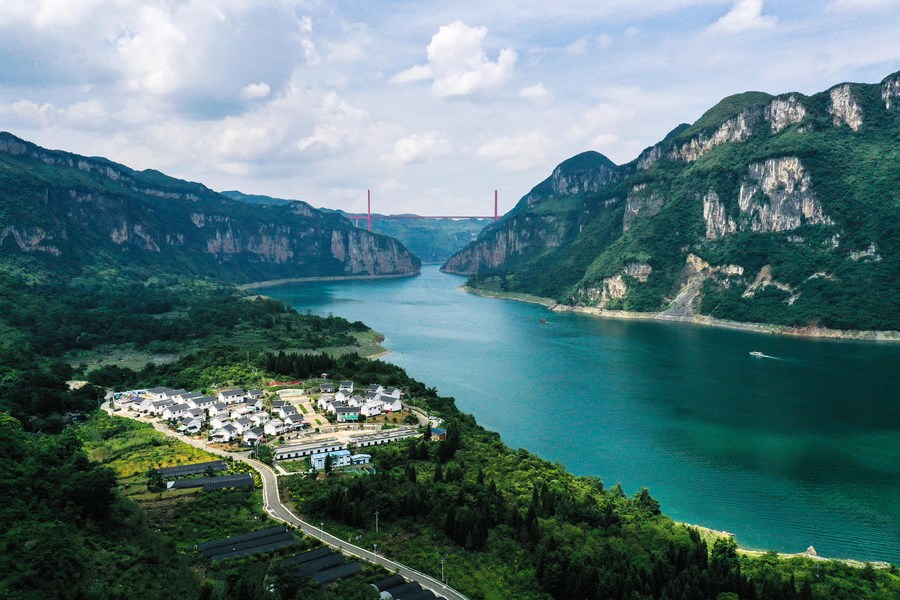 According to the international poverty standard, the number of people living in poverty in China decreased by 868 million from 1981 to 2015. Globally, the figure dropped by nearly 1.17 billion in the same period, with China accounting for 74 percent of the world’s total population that escaped poverty. By 2016, mainland China had reduced the number of people living below the poverty line by 99.1%. By the end of 2020, absolute poverty was eradicated in China. The country’s achievement in poverty eradication is a bright scenery line of the world for social and economic development.

For years, the west has been divided over “socialism with Chinese characteristics”; but there is a rare consensus in the west over China’s achievements in fighting poverty in the new era. In October 2021, UN Secretary-General António Guterres praised China’s achievement and called on the international community to work together to address the common challenges of the planet, especially the Covid-19 pandemic. Guterres thanked China for its role in implementing the Sustainable Development Goals, and highlighted the significance of China’s remarkable contribution to freeing humanity from all forms of poverty.

The remarks of Guterres made great sense if one looks at the weakening rights of western workers in recent decades. In the 1960s and 1970s, to combat high inflation and stagnant profit rate, capitalist countries in the west introduced measures such as lowering wages and cracking down on workers’ unions. The agreement once reached between workers and employers after WWII were torn up by the latter, which resulted in the ever-widening inequality and poverty in developed countries. Since then, neo-liberalism has taken hold, the improved rights and working conditions that western workers had gained in the 30 years after WWII quickly deteriorated.

China began its reform and opening up in the late 1970s. In the countryside, households were allowed to contract land for individualized farming activities, which resulted in ever-increasing grain output and farmers’ income. China also explored the socialist market economy, encouraged the development of private enterprises, and introduced advanced technology via foreign investment. China’s township enterprises have been particularly remarkable, as they have absorbed China’s surplus rural labor and made important contributions to the efficient use of resources. While the vast number of peasants moved to cities to work and share the dividend of the reform and opening up initiative, the collective ownership of rural land has been retained, freeing migrant workers of their concerns.

The strategy of promoting rural, agricultural and peasant development was the key to China’s victory in poverty eradication. China has made full use of the market economy to open up the more backward rural areas in the hinterland to the outside world, with the “visible hand” overseeing the “invisible hand” play its active role. I do not agree with some western scholars who defined China’s approach to economic development and poverty as “neo-liberalism with Chinese characteristics”. Contrarily, the words of the Nobel Prize-winning American economist Joseph Stiglitz could better illustrate the essence of the picture: “China’s particular blend has served the Chinese well, who, after all, are the main concern of the Chinese government”. And the “blend” here refers to socialist market economy. In other words, instead of adopting the “shock therapy” that Washington has been promoting in many countries around the world, China has initiated reforms based on its own conditions, developed a socialist market economy, and achieved remarkable results in many fields, which improved the lives of more than a billion people. These achievements should not be ignored or denied.

Western scholars should delve into the details of China’s poverty eradication efforts to unravel the “mystery” of China, and to clear the many of their misperceptions. As shown by the UN’s Multidimensional Poverty Index (MPI), which measures 10 indicators of health, education, infrastructure services, etc., poverty is a multifaceted social phenomenon that has to do with the many civil and social rights of individuals. To promote these indicators, the UN proposed the 2030 Agenda for Sustainable Development. Although we are still more than seven years away from 2030, given the current international economic and political context, it remains difficult to achieve these SDGs worldwide. Notably, however, China has already achieved the Agenda’s poverty reduction target 10 years ahead of schedule. China’s poverty eradication policy ensures that the poor have a source of income and are well fed and clothed, covered by basic medical care and free compulsory education. Obviously, China’s poverty eradication focuses on more than the issue of income, and ensures broad opportunities for individual development. This is manifested by the fact that people living in abject poverty in China’s impoverished regions were “taught how to fish” rather than merely “offered fish”.

In November 2013, General Secretary Xi Jinping visited the Shibadong Village in Hunan Province, which, in my opinion, marked the official launch of the grand project of “precise poverty alleviation”. This project featured a set of rigorous, reasonable and complete procedures: identifying poor household, specifying the cadre in charge, and preventing people from falling back in poverty. China has built a visualized information system and management system to effectively monitor the different stages of the project. In 2014, 800,000 Chinese cadres were dispatched to the grassroots, who identified 128,000 impoverished villages and 89.62 million poor people. Since then, they have continuously updated the information on the poor population according to the changing reality, using advanced digital technology.

Poverty eradication in China in the new era coincides with the CPC’s efforts of modernizing the country’s governance system and governance capacity. China’s poverty eradication program was developed by the CPC and Chinese governments at all levels through massive mobilization and wide consultation, and as a result, it has achieved the desired goals. Both the fight against poverty and the modernization of the national governance system and capacity are underpinned by effective organizations. But without organizers there wouldn’t be any organizations. By sending 255,000 task forces and 3 million well-trained cadres to poor villages, the CPC has fulfilled its solemn promise to the people. By the end of 2021, the CPC had more than 95.1 million members and about 4.9 million grassroots party organizations. A question I’d ask here is, is there any organization stronger and more capable than the CPC?

Today, China’s goal of building a moderately prosperous society in all respects has been achieved. This is completely different from the consumerist societies governed by western elites. In China, the people’s material and spiritual needs are better met, and their aspirations for better rule of law, more democracy and better environment will also be positively responded to.

At the 19th CPC National Congress, General Secretary Xi Jinping stated that socialism with Chinese characteristics had entered a new era, and that the main contradiction of Chinese society in the new era was between the people’s growing need for a better life and unbalanced and insufficient development. Obviously, the CPC leadership is soberly mindful of the unbalanced, inadequate social and economic development of the country. The CPC will hold its 20th National Congress in October this year, which will be a very important congress in China’s new journey toward the second centenary goal, and will chart a new course for socialism with Chinese characteristics.

In the west, however, the impoverishment of the masses is widening, and the increasing population of children and elderly living in poverty is particularly worrying. Currently in Italy, 5 million people are in poverty, and in the United States the number is more than 40 million and growing. Worse still, the global economic and financial fluctuations caused by the ongoing Covid-19 pandemic and the Russian-Ukrainian conflict, and the impact of western sanctions on the global trading system will result in greater inequality and unfairness in the part of world living under the hegemony cloud of the west.

Contribtued by Professor Alessandra Polettini from the University of Rome, Italy 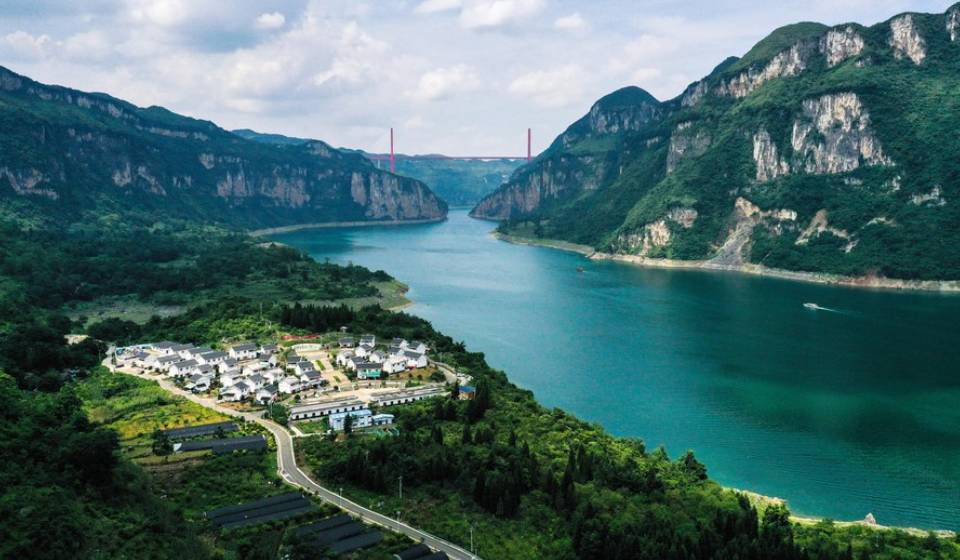