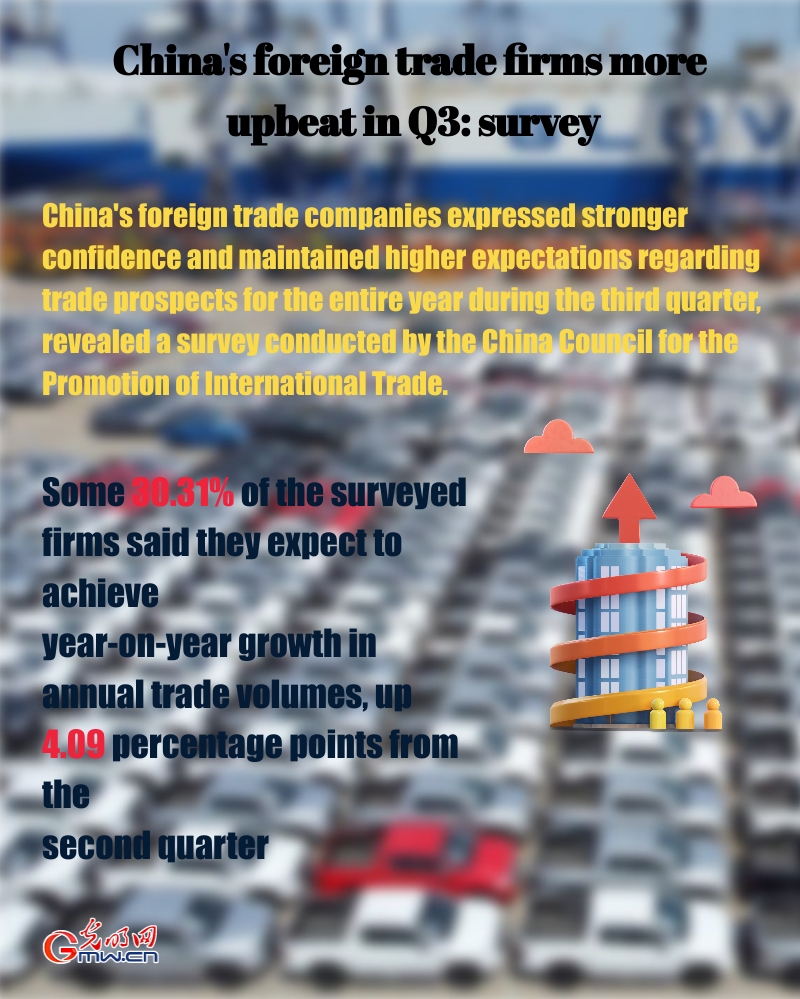 China's foreign trade companies expressed stronger confidence and maintained higher expectations regarding trade prospects for the entire year during the third quarter, revealed a survey conducted by the China Council for the Promotion of International Trade.

Some 30.31 percent of the surveyed firms said they expect to achieve year-on-year growth in annual trade volumes, up 4.09 percentage points from the second quarter, according to the survey released on September 29, 2022.

The survey found that large and medium-sized companies were more optimistic about the whole-year trade prospects, while small and micro-sized firms showed better expectations than in the second quarter.

The surveyed firms reported improvements in export volumes and profits in the third quarter, especially those in high value-added industries, according to the findings of the survey.

In the third quarter, foreign trade firms' new orders mainly came from the Association of Southeast Asian Nations, the European Union and the United States, the survey showed.