Citizens are seen at the Xinghai Square in Dalian, northeast China's Liaoning Province, Oct. 1, 2022. Saturday marks the first day of China's week-long National Day holiday. (Photo by Zou Jingyi/Xinhua)
BEIJING, Oct. 2 (Xinhua) -- Chinese embassies and missions have held events to celebrate the 73rd anniversary of the founding of the People's Republic of China (PRC), during which foreign officials and experts expressed their good wishes for the upcoming 20th National Congress of the Communist Party of China (CPC) and eyed further cooperation.

Looking forward to continuing to strengthen cooperation with China in their respective fields, they expected China to continue to play an important role in international affairs and make greater contribution to world peace and development.

Serbian President Aleksandar Vucic extended festival greetings to the Chinese people and spoke highly of the contribution made by Chinese companies to Serbia's economic development.

Serbia feels proud to have an ironclad friendship with China, said Vucic, who thanked China for its support and help during Serbia's tough time.

Vucic said he hopes the 20th National Congress of the CPC be a success and he looks forward to a new chapter of high-level cooperation between the two countries.

Wishing the 20th National Congress of the CPC a success, Valery Mitskevich, deputy chairman of the Belarusian House of Representatives, said he hoped that the two countries would strengthen Belt and Road cooperation and that more Chinese companies would invest in Belarus.

Le Hoai Trung, head of the Commission for External Relations of the Communist Party of Vietnam Central Committee, said under the strong leadership of the CPC Central Committee with Comrade Xi Jinping at its core, and under the guidance of Xi Jinping Thought on Socialism with Chinese Characteristics for a New Era, China has successfully achieved its first centenary goal, and its international status and influence have continuously grown.

The party, the government and people of Vietnam sincerely wish and firmly believe that the cause of socialism with Chinese characteristics will surely score new and greater achievements, he said, wishing the 20th National Congress of the CPC a complete success.

They appreciated the significance of the Belt and Road Initiative, the Global Development Initiative, and the Global Security Initiative in promoting world peace and development, and wished the 20th National Congress of the CPC a complete success.

Mmamosadinyana Molefe, acting permanent secretary to the Ministry of Foreign Affairs of Botswana, expressed warm congratulations on the 73rd anniversary of the founding of the PRC and wished the 20th National Congress of the CPC a success.

He expressed his admiration for the "tremendous accomplishments" of the PRC since its founding 73 years ago, especially after the launch of the policy of reform and opening-up in the late 70s, and even more particularly in the last 10 years. ■ 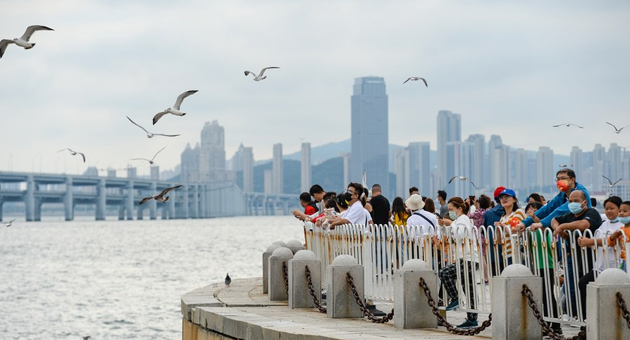