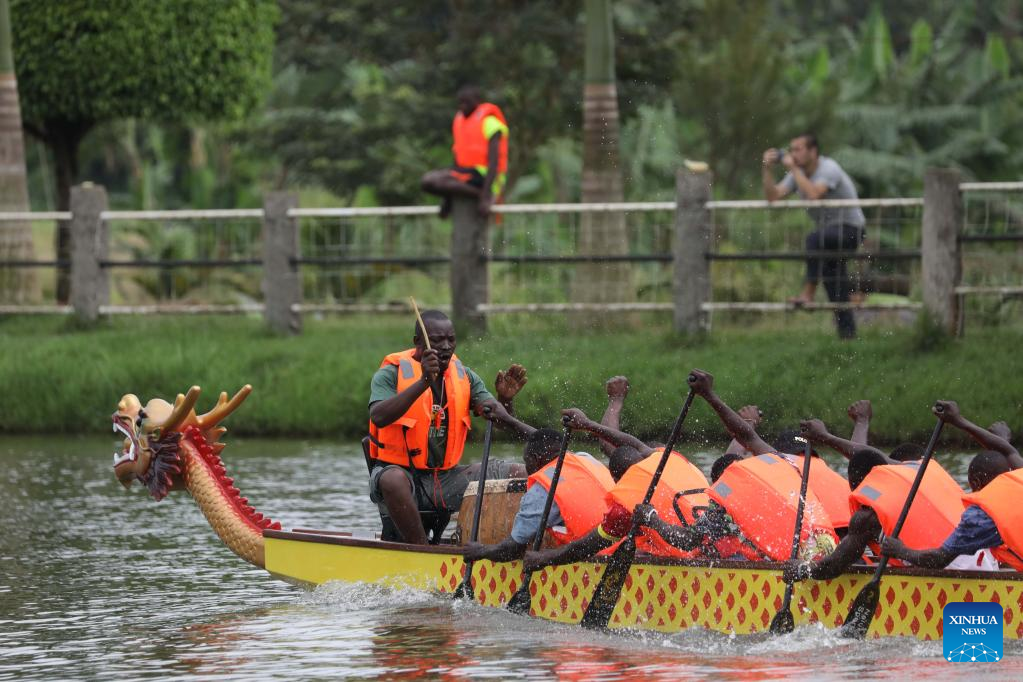 WAKISO, Uganda, Oct. 31 (Xinhua) -- At the sound of a drum tacked at the front of their dragon-shaped boat, Emily Namuyomba and her team, Twekombe Women, paddled to the utmost to out-compete other racers in a boat race held here on Sunday.

Namuyomba and her teammates followed the rhythm of the drummer as the crowd at the Forest Park Buloba, 19km west of Uganda's capital Kampala cheered.

The race marked the return of the Dragon Boat Regatta in Uganda after a lull of two years because of the ongoing COVID-19 pandemic.

This year's Dragon Boat Festival, a traditional Chinese festival, is part of the events commemorating 60 years of the establishment of diplomatic ties between Uganda and China. China established diplomatic ties with Uganda on Oct. 18, 1962, just nine days after Uganda gained independence from British colonial rule.

Seven Ugandan teams and one Chinese team tussled it out in the water as a show of growing China-Uganda people-to-people ties.

Away from the water, on the shores of the 200-meter-long man-made pond, a small Chinese and Ugandan community cheered the competitors. According to the organizers, a small crowd was invited because of the ongoing COVID-19 prevention measures.

Elly Kamahungye, acting director of regional and international affairs at Uganda's Ministry of Foreign Affairs said holding the dragon boat festival in Uganda strengthens the bond between the peoples of the two countries. "I believe this not only serves as a competition and gathering but also deepens the relationship between the two peoples and the two cultures of China and Uganda."

Patrick Ogwel, general secretary of the National Council of Sports, said most of the competitors were averaging 50 seconds in the 200-meter category, which is not far from the global average of 39 seconds, adding that given more practice, Ugandan racers can even perform better.

Namuyomba told Xinhua shortly after her race that she can not wait for the day when she will be selected to represent Uganda on the global stage. She said although the races in Uganda are dominated by men, women too can compete. 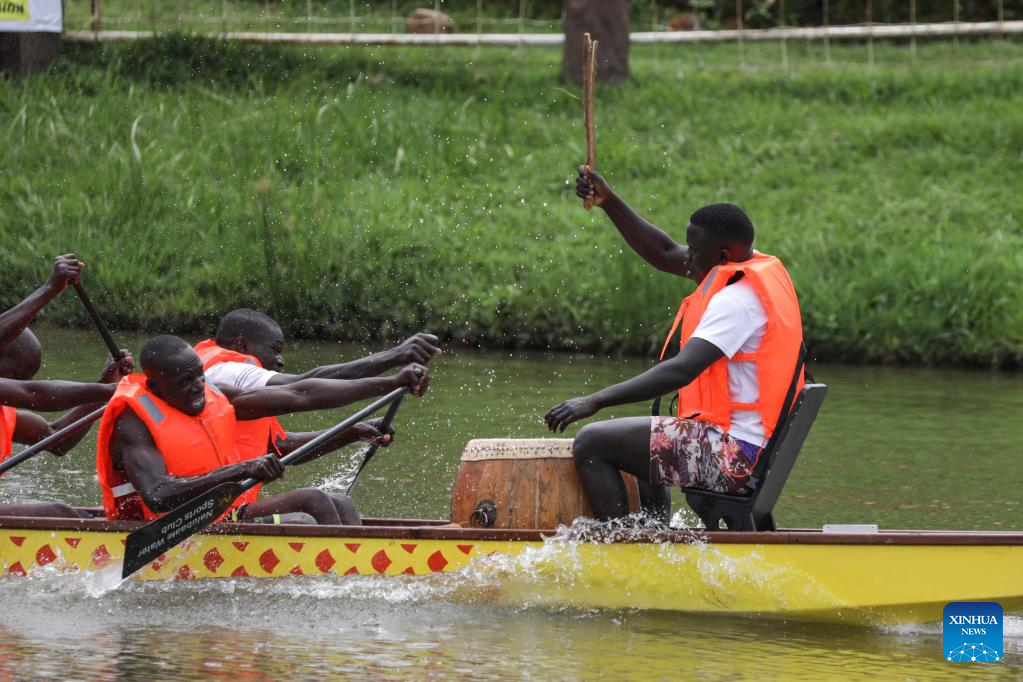 Players row a boat during a dragon boat race at the Forest Park Buloba, Wakiso District, Uganda, on Oct. 30, 2022.(Photo by Hajarah Nalwadda/Xinhua)